@RickyValero_ drops in with some sage devy advice: Draft Drake Maye, and thank me later. 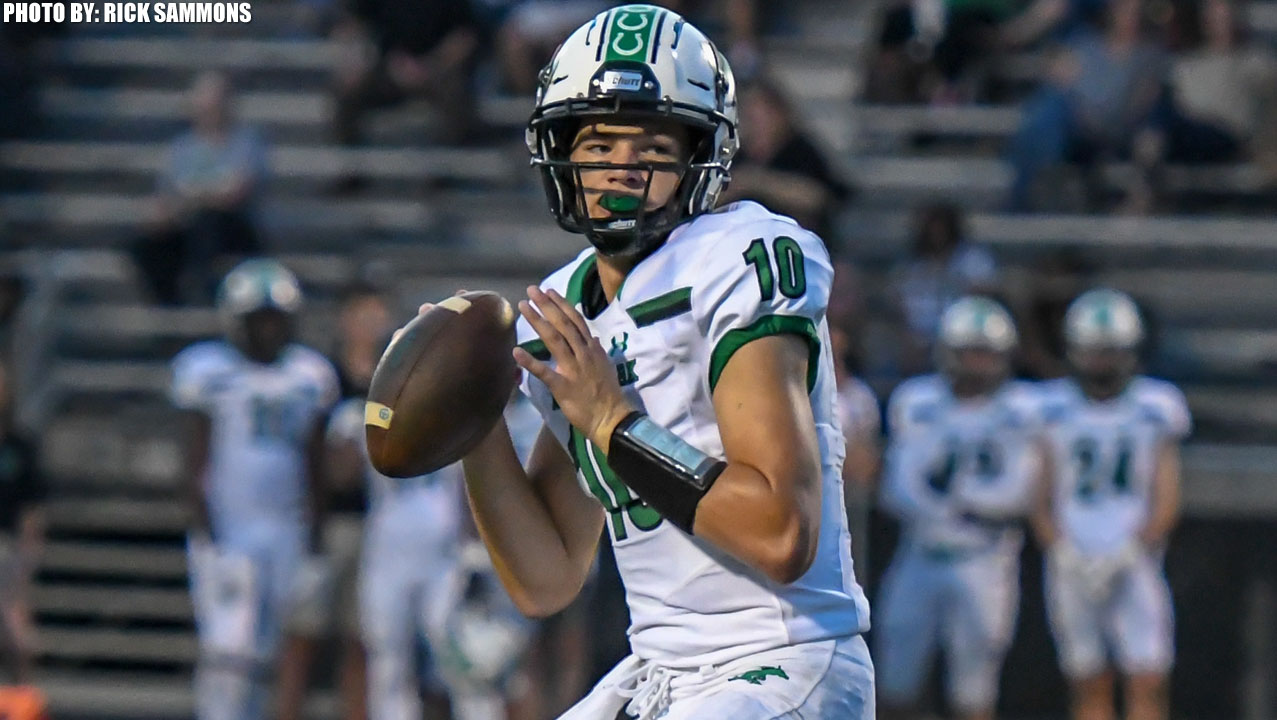 The potential 2024 class of quarterbacks is insane, and today, I continue my Devy Player Profiles tackling, Drake Maye.

Who is Drake Maye?

Sam Howell is the guy in 2021, which I believe will help Maye. Howell is being talked about amongst one of the first quarterbacks taken off the board next year, and Maye getting the opportunity to sit behind and learn from Howell will help. But barring an injury, this will be Maye’s team heading into 2022.

He is six-foot-five and has the great frame that you look for in a quarterback. Because of his size, he is more than capable of standing tall in the pocket and can stay tough in the pocket while taking hits from the pass rush and still place the ball where needed.

Maye knows that guy is coming and can see him in the corner of his eyes, but he also sees that his receiver one on one on the outside, and Maye drops a DIME as he takes the hit. It was one of the most impressive throws I saw out of him in all of his tape.

When you watch this play, there is so much to love about it:

The entire play never unfolds the way does without Maye’s ability to read the defense and feel the pass rush coming.

Smart with the football.

He doesn’t play around in the pocket. Maye finds his read and delivers the ball where it needs to. Another thing you see time and time again when watching him is his eyes. Maye’s ability to read the field is some of the best in this class. Watching the progression from 1 to 2 to 3 and making the play is beautiful. It’s one of those intangibles that is hard to teach, and the fact that at his age, he already has it, it’s impressive.

Throwing on the run (needs to work on)

One of the biggest holes in his game is throwing on the run. I noticed several times, even within the Elite 11 drills, that he isn’t as accurate when he throws on the run. He has a cannon on him, but he has trouble controlling his accuracy when throwing on the run. The plus side is this is something that can be fixed.

Maye has the tools, and he is in the right system. Howell to Maye’s transition will be intriguing to watch as he is a much bigger quarterback and isn’t as athletic as Howell can be. Maye’s ability to read the field, have the sixth sense in the pocket and step up to make big throws makes him deadly behind the center. If he works on the little things in his game, Maye will be a future first-round pick and be a starter for years to come in the NFL.