Like the game duck, duck goose once tagged, I feel like one of these quarterbacks I mention will take off running and could be a quarterback of their respective team’s future. 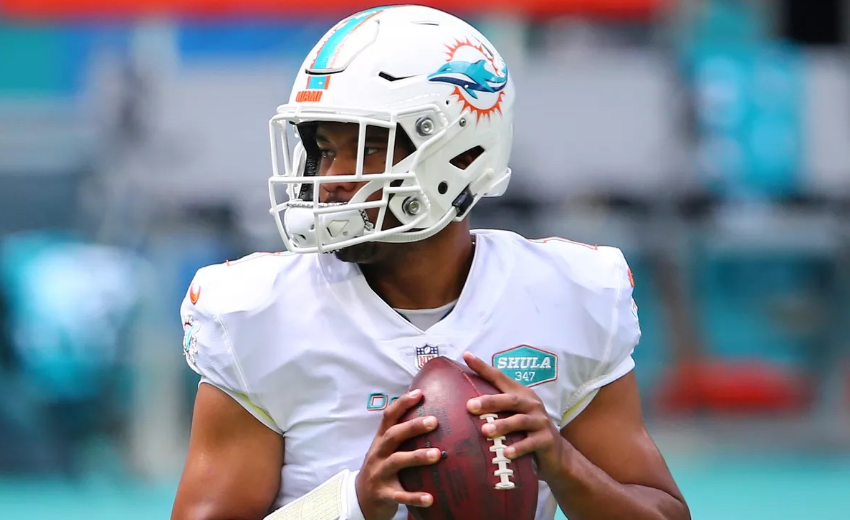 There’s an abundance of quarterbacks in the NFL that are waiting patiently for their turn. Like the game duck, duck goose once tagged, I feel like one of these quarterbacks I mention will take off running and could be a quarterback of their respective team’s future.

Tua is the obvious chosen one on this list. He was drafted by the Dolphins to be the future face of the Miami franchise. Tua had serious hip surgery last year, so I believe not throwing him into the fire right away will immensely benefit the Fins. Giving him plenty of time and some to heal. So what is the holdup? Veteran leadership and play from Ryan Fitzpatrick has stalled the Tago-Train for now. However, I expect to see Tua later this season as Fitzmagic’s play is like my favorite Katy Perry song, “Hot and Cold.”

Taysom Hill signed the 2nd biggest backup QB contract in the offseason. This leads me to believe if Drew Brees hangs it up after this season, Hill’s time could be sooner than later. Hill is older (30); however, his backup experience, knowing the system, relationship with Sean Payton, and flashes of brilliance for the Saints make this move a no-brainer. Don’t let the signing of Famous Jameis distract you.

Jalen was initially intended as a draft pick for depth, with zero intention to start with Carson Wentz at the helm. But, Wentz has really struggled so far this year, and his injuries make it seem he isn’t the same MVP caliber player we witnessed a few seasons ago. If the Eagles continue to lose, and Wentz also drives the struggle bus, then expect Jalen to get some snaps to spark interest within the Philly fanbase. Many fans are still bitter about the mistreatment of “BDN” Nick Foles. Jalen’s play could help Philly fans forget all about it!

New England Patriots starting quarterback position was actually Jarrett Stidham’s after Tom Brady left and for most of the summer. That is until Cam Newton came along to steal the show like he always does. When healthy, Cam has the New England Patriots off to an awe-inspiring start, but he doesn’t fit the Bill Belichick style offense. Which is why I think they are very hesitant about resigning Cam.

Enter Jarrett Stidham once again, I think we will see more of him, but it could be until next year, pending Who the patriots decide to draft. We have seen a flash of Stidham; however, he was put in relief of Brian Hoyer in a tough situation. I would not have that stayed home performance reflects on who he is as an overall player. So his debut is fairly incomplete. Will he be the next Tom Brady, Jimmy G, or Ryan Mallett? Stay Tuned.

Let’s face it, Phillip Rivers is a 1 year 20 million dollar experiment. As of right now, I don’t see the Colts re-signing him after this season. The Colts obviously don’t believe in Jacoby Brissett either, as it seems they are leaning towards a pocket passer. (Rivers, Eason) In comes Eason, who had tons of success at Washington as a pocket passer. He’s the size of a Linebacker with a big arm. It won’t shock me if we see Eason come in and get a chance. The last time they drafted a quarterback, this massive in size with a great arm took the Colts the Super Bowl.

Alex Smith has been through a lot over the past few years, but he’s shown he has a lot left in the tank. Even though Smith isn’t a spring chicken like the others I’ve mentioned on this list, he could end up starting in Washington again. (update he played 10/11/2020) Alex Smith always finds the light. He was a great QB in San Francisco and certainly showed some flashes in Kansas City. Washington truly needs this as Dwayne Haskins seems like he isn’t ready to take the bull by the horns and has struggled for most of his play. Smith’s experience could take Washington to the playoffs, as he knows how to lead an entire locker room. Smith deserves every opportunity as he earned them. We certainly wish him the best.

Out of the 6 chosen, who do you think is most likely the quarterback of the future? Keep an eye on these quarterbacks as they climb the ranks in our Fantasy Football Rankings board.