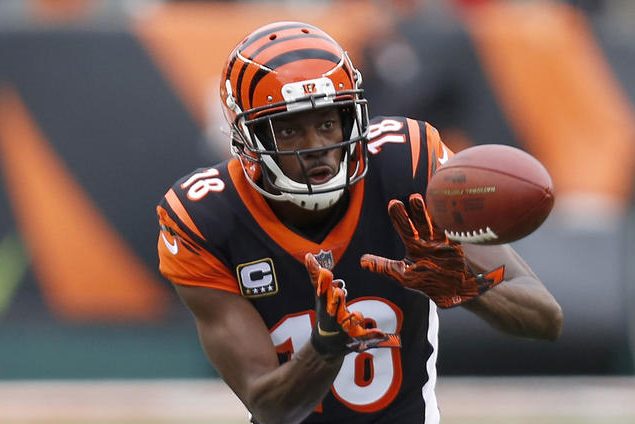 Murray has been the most polarizing player during this draft cycle. His sport choice, height, and level of commitment to the sport have been a hot topic for discussion. While I think he has all the tools necessary to be a franchise quarterback, one must understand he is also a risky option at his current price. His current Average Draft Position (ADP) is QB 8, more in-line with his ceiling rather than his floor. He heads to Arizona as the first pick, which is a giant question mark. An unproven coach (Kliff Kingsbury), terrible offensive line, unproven offensive scheme (Air Raid), and a receiving corps that is largely unproven. I would rather wait on the position and draft an older but more reliable option.

Do not get me wrong, I love Baker. He was my QB1 from the 2018 draft class, and someone I would consider a top 12 quarterback for many years to come. The Browns have also surrounded Baker with a plethora of pass-catching options. The only problem is his current cost. He is being drafted as an early fifth round option in startup drafts. At this price, you could have the likes of Miles Sanders, Allen Robinson, or Tyler Boyd. I would rather invest this type of capital in a more important position than at quarterback, which are easily replaced or streamable.

Durability is the biggest issue surrounding Cook. In fact, he has missed a total of 17 games over his first two seasons. In 2017 cook missed 12 games due to a torn ACL. The following year he missed extended time because of a hamstring strain. Prior to his NFL career, he also tore two labrums and suffered a pedal ankle sprain. Another concerning factor to sell Cook is that the Vikings used a third rounder to draft his backup, Alexander Mattison. Lastly, I have ranked the Vikings offensive line to be a poor squad. Finishing as a bottom 4 crew in my recent line rankings. Costing a mid to late second round startup pick, there is a safer option I would be looking to invest in.

A player who won a lot of owners money in 2018 now makes my players to-sell list. This is not because I think he will stumble in 2019, it more based on future projections. I question the longevity of Williams as a starter. I was somewhat shocked the Chiefs failed to bring in a more competitive threat to Williams, I suspect that to change in the 2020 draft, which has many scouts excited about the potential stud running backs. I would rather take this capital and invest in: Marlon Mack, Miles Sanders, or Devonta Freeman, which are similarly priced. Prior to 2018, Williams was a very inefficient runner and average a pedestrian 3.6 yards per carry. Despite his above average size, one should question his ability to handle a full workload. His season-high for carries was set in 2018, which was a whopping 50 carries. The Chiefs do not have great options, but Carlos Hyde could steal goal line work and rookie Darwin Thompson has great film. Showing elusiveness, great contact balance, and sure hands.

I grouped these two wide receivers together for one reason; I am an ageist. Despite being on the wrong side of 30 years old, both players carry a top 24-35 player value. This is likely the last year you could recoup much of that value. Each player will have multiple WR1 seasons left in them, but I cannot bring myself to building a team around them. If you do not win a championship with these players, you could end up rebuilding before you know it. Each player also exudes some unknown. Brown is transitioning to a new team that is likely to offer less volume than in Pittsburgh. While Green is returning from a toe injury that limited him to 9 games. I would rather get out too early than too late and the door to sell is closing very fast.

Ebron spent 4 years in Detroit before finding greener pastures with the Colts. At first glance, Ebron’s fantasy finish of tight end 4 is very impressive, but upon further research, the numbers begin to look suspect. The biggest contributing factor to Ebron’s success was his 13 touchdowns, which was second most behind only Antonio Brown. His reception total, yardage, catch percentage remained in line with his previous four-year average. It is clear to expect a touchdown regression on the horizon. Another factor was the lack of competition for targets in 2018. Through offseason additions, it is obvious GM Chris Ballard thought as much. The Colts acquired big bodied Devin Funchess in free agency while drafting speedster Parris Campbell. Both players will demand attention from Andrew Luck and will eat into Ebron’s target share. If that is not enough to worry you, there is the fact Jack Doyle will return from injury. When healthy Doyle and Luck have shown chemistry together. Instead of Ebron, I would look to invest in a cheaper option like Austin Hooper, Jared Cook, or Chris Herndon.

From The Ashes: Darren Waller
PPR Gold: Don’t Sleep On These 3rd Down Rbs
25% Off Sitewide - Use Coupon Code "Black-Friday".