The AFC has 3 messy backfields that need to still be determined who the top guy is. Dan and Jake share who they think will win each one. 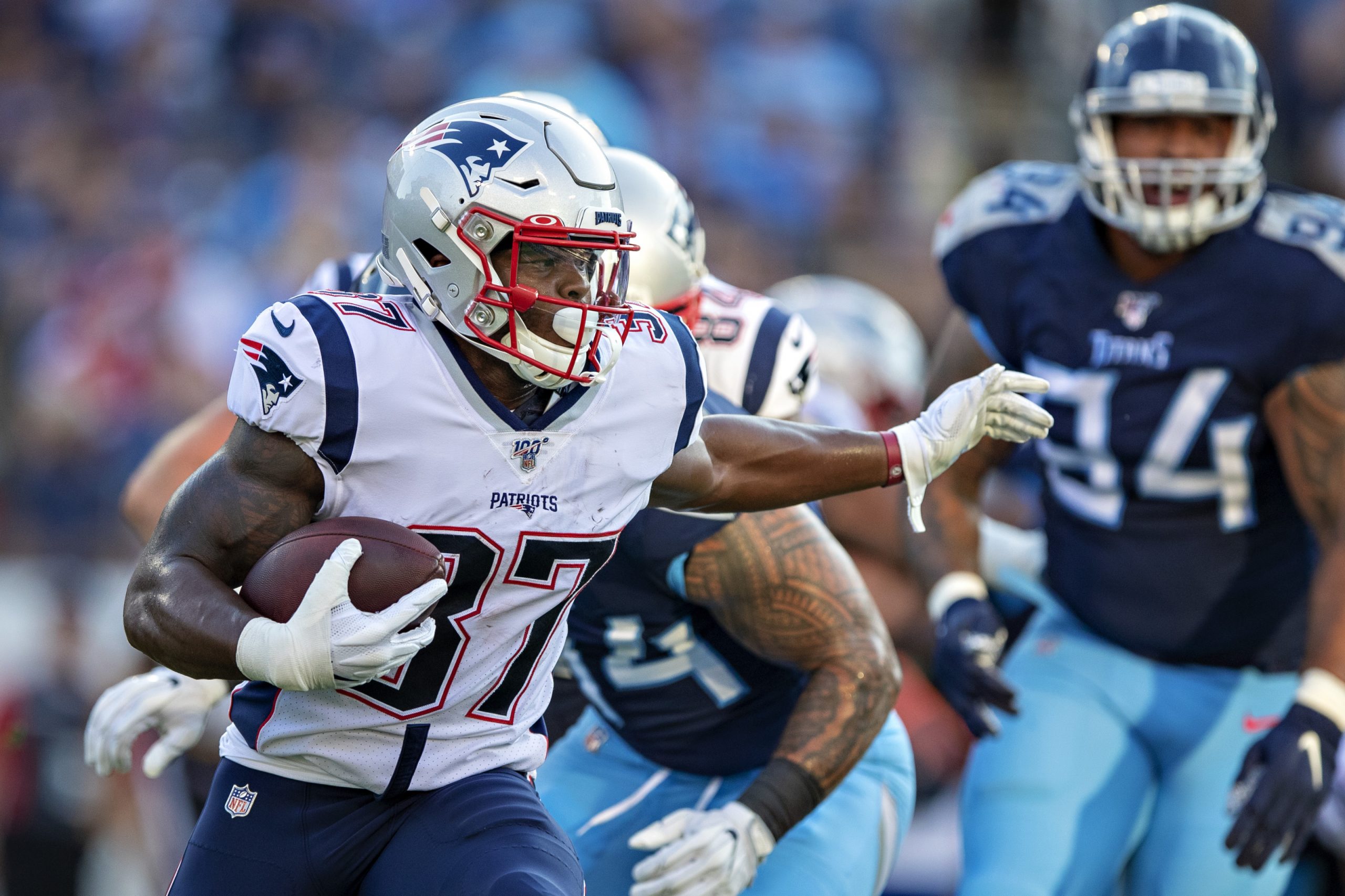 One of the biggest competitive advantages in fantasy football today is the ability to identify breakouts. This is especially important for running backs. This may come from the day two rookie who starts his career strong or even the third-year vet who finally finds his stride. However, one of the largest advantages to be had is being able to pick the one guy to emerge as the lead running back in the number of ambiguous backfields throughout the league.

This ability has led to the selection of league winners such as Jeff Wilson Jr., James Robinson, Philip Lindsay, and many others. In this article staff writers, Jake Oliver and Dan Toomey will make their case as to why their guy will be the one to emerge.

In most weekly scenarios, the Texans will be down by multiple scores heading into the second half of each week. This will lead to more pass attempts as the team tries to mount a comeback. Let us look at who will be on the field as pass catchers in these situations. The current depth chart lists Brandin Cooks, Chris Conley, Anthony Miller, and Nico Collins as the main WRs. Outside of Cooks, we have not seen production from any of these players. The one player we have seen production out of is David Johnson. He will be the featured pass-catching back on this team. That will be a very valuable asset to your fantasy team in any league that counts any sort of point per reception.

The Texans are going to be a BAD team in the 2021 season. Their defense is weak, with no proven QB and a coaching staff that might be in over their head. Not to mention the fact that the team still has to deal with the Deshaun Watson situation. All of that is to say that the Texans will be losing early and often in games. There will be a lot of garbage time points in the NFL and fantasy football this year.

Yes, even for their running backs. That’s because the Texans only have running backs as weapons. At WR, they have Brandin Cooks and not much else. Maybe Nico Collins becomes something. The team has David Johnson, Lindsay, Mark Ingram, and Rex Burkhead at running back.

All four of them made the team. However, you can’t trust any of them to stay healthy all season. Additionally, Johnson and Ingram are pushing 30 or are past 30 years old. At some point, their talent is going to drop off. Meanwhile, young-ish Phillip Lindsay can take over the majority of the rushes. He’s 27 years old but has limited wear and tear on him.

In his three-year career, he only has 611 touches. Mark Ingram has nearly 2000, and David Johnson has over 1100. Lindsay can handle a good amount of rushes as he’s fast and knows where the holes are. He has a nose for the end-zone, too, as he has 7 or more touchdowns in two of his three seasons. Look for Lindsay to take over the lead role for early-down rushes rather soon. Should players try to tackle him, he has 44 broken tackles in three seasons. They better hit him hard. In a bad offense, Lindsay should get a lot of work. He should end up being the best running back from this backfield for this year.

Damien Harris is lining up to have a smashing year in 2021 for your dynasty fantasy football team. With the departure of Sony Michel, the current Patriots backfield is Damien Harris, James White, JJ Taylor, and Rhamondre Stevenson. Stevenson being a rookie, I would not be surprised if Bellichick redshirts him and has him play minimally this season. Also, James White and JJ Taylor will operate more in a pass-catching capacity.

When examining Harris, we must also take a look at the situation around him. There is no denying that the move to Mac Jones over Cam Newton is a huge plus. Cam scored 12 rushing touchdowns last year, something we will not have to worry about with Mac Jones. Even if Harris just got half of that work, we would see his total rise from two touchdowns to eight. That alone would move him from the RB 50 to the RB34!

The other factor in the potential success for Harris is the offensive line, which after offseason improvements, is currently ranked third in the league heading into the 2021 season. These offensive line rankings come courtesy of PFF.

Rhamondre is a rookie 4th-round pick for the Patriots. He’s had a great preseason so far. It’s been so good that the Patriots traded Sony Michel due to them preferring Stevenson. Over 3 games and 30 rush attempts, he has 216 yards and 5 touchdowns. Yes, he did some of that against 2nd or lower-string players.

Despite that, those numbers are insane. They are video game numbers. He isn’t going to do that every game of his career. Yet, if you cut his 7.2 yards per rush down a few yards, that’s still 4.5 or better. Plus, Belichek loves backs that can power through defenses for that additional yard or touchdown. Rhamondre can do that.

Mac Jones is the starting QB which means that all the rushing duties will fall onto Harris and Stevenson. Belichek prefers a running back by committee approach, which will give Stevenson plenty of time on the field. More time on the field means more opportunities for more fantasy points. That will help your team win more games.

Stevenson’s obscenely cheap right now too. You can get him for a late-2nd, early-3rd. That’s cheap. Grab him and watch him eventually rise in price and value. Finally, he’s only one small injury to Harris away from being the full-time rushing back for the Pats.

Michael Carter is a rookie running back for the New York Jets and set to take over that backfield in the 2021 season and beyond. He was a day three selection, but the Jets front office has made it very clear that he would have been a third-rounder had they not traded away draft capital.

Carter fans should be happy that they did trade away that capital. It allowed them to move up to secure Alijah Vera-Tucker to secure one of the top young tackle guard combos in the league.

If we look at the cast of characters that Carter has to beat out for the starting role, it is clear he will be the man sooner rather than later. The Jets backfield includes Tevin Coleman, Ty Johnson, and Lamical Perine. Coleman has been oft-injured as of late, with his last injury occurring on the very turf he will now play eight games a season on.

Lamical Perine has not shown much since being drafted in 2020. Ty Johnson is the one who will pose the biggest threat to Carter early in the year. However, as the season goes on Carter will be the one who will take over that backfield. Just in time for your fantasy football playoffs!

Tevin Coleman is the starter for the Jets running back room. Yet, I don’t recommend you go and acquire him. He’s missed time with injuries in almost every season of his career. He’s not a season-long RB1 for a team. I don’t trust Tevin to stay the starter for the whole season. Neither should you.

The Jets likely use Carter, Johnson, and Coleman this year. In fact, Carter is fourth on the Jets’ depth chart to begin the season. That’s not good for what many are saying that he’ll be a good running back. This is why they are drafting Carter nearly ten rounds earlier than Ty. Meanwhile, Ty is 2nd and behind Tevin. Ty’s played the most this preseason and has been successful.

During this preseason, Ty’s averaged 4.09 yards per carry in the preseason, totaling 86 yards. He’s added 4 receptions for 25 yards as well. In addition to that, he has a touchdown too. Ty’s been consistently working ahead of Carter in games and practice. He’s going to get touches every game. If and When Tevin gets injured, Ty will be the starter.

If he can continue his pace from the last two games of last season when he scored 19.7 and 17.7 points, we could be looking at a league winner. Plus, don’t forget that this is a 49ers-Esque rushing attack. They will ride the hot hand. When Ty breaks off big gains and catches all of his targets, his playing time will increase. Grab him now so that when Tevin gets hurt, you got a new RB3/flex play to help you win your league. Thank you, Ty.

The AFC has many convoluted backfields from which fantasy football players have to read the tea leaves. It can be hard to sort through the coach-speak during camp. Additionally, playing dynasty means you need to think long-term. Focus on who will help the team they play for the most. However, don’t worry if they are on a one-year deal, as that could get extended. Plus, just trust your gut. The best player will win the most playing time out of the backfields room.

If you’re win-now, focus on the backs that will help their team and your team win this year. Don’t focus on long-term benefits as much. Go for the championship! After all, only one can be the winner. In case you missed it, check out our NFC Backfields article to help you win your leagues.

I hope you enjoyed reading about the guys that we think will win their backfields in the NFC. We strive to help you win your league or give you long-term success! Feel free to give us a follow on Twitter if you want the latest news, moves to make, or movie trivia. Jake’s username is @DarthDbacks, and Dan’s username is @DanT_NFL. We are always happy to talk fantasy football, sports, life, or Star Wars with you in the Twitter sphere!

May The Force Be With You…