Turnovers, tackles and sacks, oh my! You can’t score points on the bench. @dynastradamus covers who’s on the field and who’s on the pine. 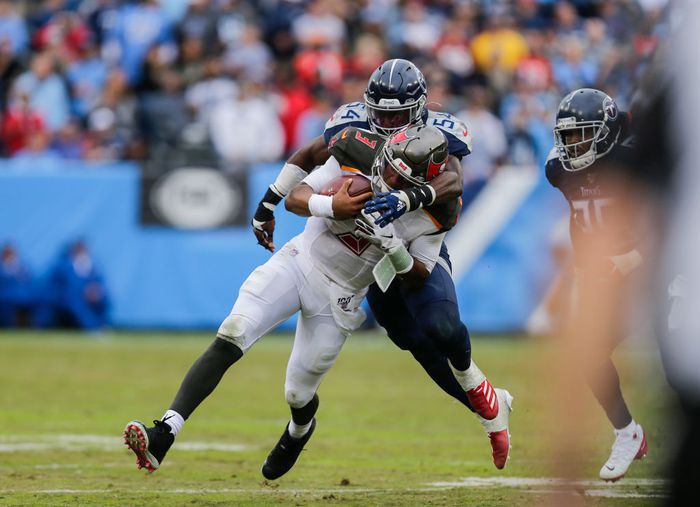 Milano returned to action in week 8 and had a monster week. Milano totaled 10 solo and 3 assisted tackles, along with 3 tackles for loss. He remains an LB3 with LB2 upside.

In continuation of last week’s article, Brown has had his snaps decrease in each of the last four weeks; 82%, 71%, 60%, and 48%. Preston Brown’s season may be done as far as IDP relevance goes unless he is traded. The Bengals are in contention for the 1st overall pick this year and have now decided to bench Andy Dalton, they are in full tank-mode.

Avery was traded to the Eagles this past week. With Kirksey on IR, Mack Wilson playing well in his place, and Sione Takitaki waiting in the wings, this has afforded Cleveland to trade away some of their LB depth for a future pick. Hopefully, Takitaki starts to get some game action, but even if he was to take over Avery’s role it wouldn’t equate to much playing time as Avery has only played 5 snaps all season.

Damarious Randall did not return to action in week 8 as expected. This opened the door for veteran safety Morgan Burnett to get the start. Despite Burnett playing well, I would expect him to return to the bench when Randall is healthy.

The AJ Johnson rollercoaster continues, this time he is on the climb rather than the decline. AJ seems to have the spot next to Todd Davis, a statement that is more hopeful than factual. There is no reason for the Broncos to not give Johnson the bulk of the snaps due to their current record and his age. Johnson is someone I would continue to roster. I put him in the same tier as players like Damien Wilson and Cole Holcomb, immediate LB3 with good long-term dynasty upside.

JJ tore his pectoral muscle in week 8 and will spend the rest of the season on IR. This is another season that has ended prematurely due to injury for Watt. This will leave many IDP players scrambling to find a replacement, as much as the Texans, for Watt. There is no immediate fantasy replacement on the Texans roster. Owners with Watt that are in the hunt for the championship will likely have to make a trade to fill the production void left by Watt.

Banogu was the 49th overall pick in this year’s draft, and week 8 marked his highest amount of snaps in his rookie campaign. Banogu had one tackle, which was a sack. He is firmly behind Sheard and Houston in rotation for snaps, but it looks like the coaching staff is choosing to use him over Al_Quadin Muhammad now that Kemoko Turay is on IR. Banogu is a nice stash option, as the Colts are one of few NFL teams who run a 4-3 defense.

Nick Bosa, Josh Allen, and Brian Burns have been tearing the league up as far as rookie DEs are concerned. It isn’t very often that we see rookies perform this well, especially with all of them in some sort of a rotation. Burns has been awesome so far this season and has accumulated 7 sacks already on the season. Buy him now, because he is going to be a beast when Calais Campbell leaves the Jags/NFL.

Calitro started for the Jaguars week 8 and put up decent stats (6 total tackles) but gave up a TERRIBLE touchdown to the Jets TE. He should be a viable option for fantasy teams in need, but I wouldn’t expect him to continue to start if he continues to get burned by tight ends.

Damien Wilson has played extremely well since being named a starter. In week 8, Wilson had 5 solo and 2 assisted tackles, 1 tackle for a loss, and 1 sack. Due to a lack of name recognition, he can be had for very cheap, despite putting up very solid numbers and being only 26 years old. He could likely be had as a throw-in as part of a bigger deal.

Teamer has been great for the Chargers as a fill-in for all their injuries at safety. The undrafted rookie had another solid game in week 8. Teamer had 9 total tackles and a pass defense this past week. While he lacks long term value due to Derwin James being a far superior talent, Teamer should continue to have a strong 2019 campaign.

Ingram returned in week 8 and added a spark to the Chargers pass rush. Having Ingram back in the line up opened things up for Bosa a bit as teams couldn’t solely focus on him. Ingram should return to form and be a low-end DE1/High end DE2.

Chung returned from injury in week 8 and took his starting role back from Duron Harmon.

Cashman will go on IR with a torn labrum, CJ Mosley will miss the next 5-6 weeks with an injured groin, and Neville Hewitt has already been declared out for week 9 with a neck injury. These injuries have forced the Jets to likely start James Burgess and Brandon Copeland. I would expect Burgess to get the majority of the work and am curious to see how they use Copeland as he typically plays OLB.

Williams was traded to the cross-town rivals, the Giants. I will weigh in on the NFC edition of this article.

As mentioned last week, Crosby is someone that I would look to acquire. He has been outplaying first-round pick, Clellin Ferrell, and might be one of the steals of the draft. Arden Key and Benson Mayowa look to only be rotational players at best with little to no fantasy appeal.

During the offseason, Jayon Brown was the LB that I had highest expectations of. With 3 back-to-back-to-back games with 10 or more total tackles, it’s safe to say that Evans is the LB to own in TEN. It is hard to imagine any regression from him, so I would look to acquire him before he finds his time in the national spotlight. It is only a matter of time until he is talked about in the mainstream football media.