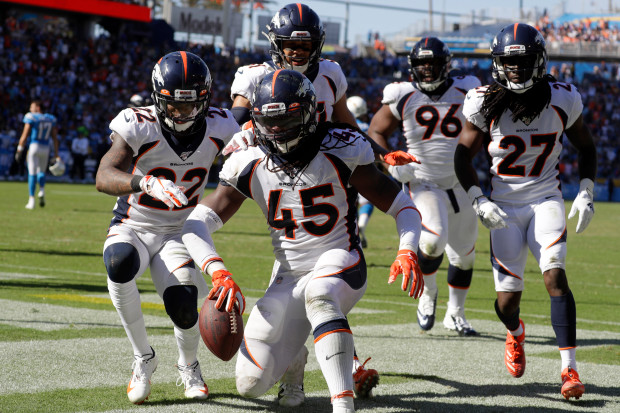 Clark seems to have filled in for Tony Jefferson (IR), along with an increase in usage for DeShon Elliott (44%) but wasn’t very effective in his debut only accounting for 3 solo tackles.

Onwuasor missed this week’s game due to injury. Josh Bynes (60%) and L.J. Fort (45%) filled in for the Onwuasor absence. I wouldn’t expect Onwuasor to be out long as the Ravens traded Kenny Young (0%) away Tuesday in order to acquire Marcus Peters from the Rams. It seems that Bynes has the edge for the ILB spot next to Onwuasor.

Outside of Patrick Owuasor and Earl Thomas, I am avoiding Ravens IDP players unless desperate.

Carlos Dunlap did not suit up for the Bengals in week 6 which opened the door for metric marvel, Carl Lawson. Lawson had a pretty good game in Dunlap’s absence notching 3 solo tackles and a sack in week 6. IDP players have been patiently waiting for Lawson to break out, the situation is one to monitor going forward.

Williams started the game despite being injured. Williams played well until swelling from the injury forced him to leave the week 6 match up with the Ravens. The Williams injury is worth monitoring, I would expect him to play Sunday.

Whitehead has seemed to have surpassed Morgan Burnett (23%) as the teams starting strong safety. In some leagues, he may still be on waivers, if so, he is an add I would make.

Johnson has been playing extremely well in Josey Jewell’s absence due to injury. Johnson had 6 total tackles and 1.5 sacks in the Week 6 matchup against the Titans. I cannot imagine that the Broncos will be taking him out of the starting line up even when Jewell returns. If he is available, he is my top add of the week as Johnson has LB2 upside.

No usage changes worth of note this week.

Williams was benched in the Week 6 matchup against the Saints. Williams is a 3rd round rookie and provides much for promise than his week 6 replacement, 30-year-old veteran Najee Goode. I would expect Quincy Williams to take his starting spot back soon despite Goode’s strong week 6 performance.

Jack has increased his play the past two weeks, as the total tackle numbers have been what owners have expected from him. I would like to see an increase in solo and decrease in assisted tackles. Jack may be an LB that owners are able to acquire at a reduced cost. It is something I would suggest looking into in your leagues.

Jones missed the week 6 contest against the Texans due to a groin injury. Jones is listed as week to week, so owners should expect him to miss more time. Derrick Nnadi (83%) was the main beneficiary of Jones’s missed game, as he saw the largest increase in usage.

Hitchens missed week 6 due to a groin injury. Derron Lee (49%) and Ben Niemann (83%) saw an increased workload but were less than spectacular in their performance. Damien Wilson and Anthony Hitchens are the only two KC LBs that I am willing to roster.

The Chargers looked horrendous on both sides of the ball in week 6. Owners should do their best to completely forget the game even happened. The only positive note is that rookie LB Drue Tranquill has increased his workload every game since his first start in week 4.

McMillian and Biegel got the start at LB for the Dolphins over Baker and Eguavoen in week 6. It is safe to say the Dolphin’s 2019 season is nothing short of a dumpster fire. I would expect, it is more of a hope, that McMillian and Baker solidify their spots as the teams LB tandem for the future…but who knows.

He is already the teams DE1, as far as production and usage. He is not someone I would trade for, he is a hold going forward as I don’t expect Miami to be in a ton of pass-rushing situations to close out games where they own the lead.

It seems that every position on the Patriots roster is a multiplayer rotation/committee. Outside of Jamie Collins and Kyle Van Noy, I am not looking to roster any of them. This may be contrarian, but I would look to see if people will overpay for Chase Winovich. I do expect Winovich to develop into a good player, but I don’t see him turning into a top 10 DE option for IDP players as some are hoping.

Tuitt will miss the rest of the season with a torn pectoral muscle. This is a big hit for the Steelers, although it didn’t show in their week 6 matchup against the Chargers. There is nobody on the current roster I am looking to add from the Steelers DE corps.

Brown left with a groin injury in week 6. If he misses the week 7 game against the Chargers, I would expect Wesley Woodyard to fill in for him, much like he did in week 6.