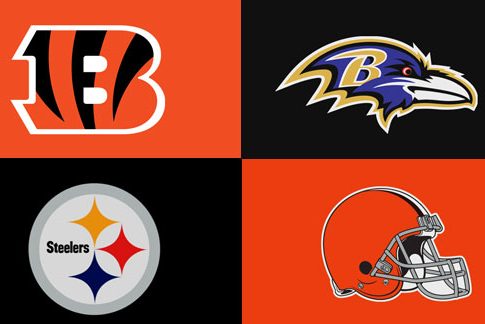 Of all the divisions in the NFL the AFC North may have seen the smallest influx of fantasy relevant players in the 2019 NFL draft. The Cleveland Browns made the biggest dynasty splash this offseason but with a trade instead of through the draft. Nevertheless, there were some intriguing players that entered the division for dynasty owners to take note of. Some are potential weekly starters while others are handcuffs and still others are waiver wire fodder. Let us take a look at some of the winners and losers from the North.

Many in the dynasty community, myself included, are not overly enthused about the players connected to Baltimore QB Lamar Jackson. Now this is not to disparage Jackson from an NFL performance perspective. He is perfectly capable of winning football games as evidenced by last season. However, he makes use of his legs as much as his arm and has some work to do on his passing game. Needless to say this is great for Jackson as a fantasy starter but not his weapons.  The real reason Brown and Boykin are winners is pure unadulterated opportunity. Coming into the draft the Ravens were devoid of talent at the WR position. John Brown and Michael Crabtree were jettisoned in favor of a youth movement and get younger the Ravens did. Marquise Brown and Miles Boykin were two of the fastest WRs at the NFL combine and will bring an element of speed to the Ravens offense that it has lacked since the departure of Torrey Smith. I was admittedly not the biggest fan of either the players or destination before the draft but the sheer opportunity alone will be enough to merit serious consideration in your upcoming rookie drafts.

Dynasty Value – Marquise Brown was the first WR selected in the NFL draft. Despite his excellent draft pedigree I cannot get behind making him a top end asset. I would value him somewhere around the very end of the 1st round or the beginning of the 2nd round. Boykin was a 3rd round pick by the Ravens as an upside player whose potential outmatched his college production. I would rank him in dynasty exactly where the Ravens did in the NFL draft, an early 3rd round pick.

Justice Hill was a 4th round pick by the Baltimore Ravens in the 2019 NFL draft. He flashed amazing speed at the NFL combine but his overall lack of size led to doubts about how he would hold up as a lead RB in the NFL. In Baltimore, Hill has found the perfect place for his talents. The Ravens signed former Heisman Trophy Winning RB Mark Ingram this past offseason. Ingram will be the Batman of a Charm City rushing attack set to push for the league lead in attempts this season. Justice Hill could be the perfect Robin to pair with the bruising former New Orleans Saint. I am not high on either Kenneth Dixon or Gus Edwards as a running mate for Ingram. Justice Hill could provide somewhat of an Alvin Kamara lite for the Ravens team providing the homerun threat to go along with Ingram.

Dynasty Value – Again many in the community will see Baltimore as a negative landing spot for Justice Hill. My belief is that Hill will be much better suited to playing a dynamic complimentary role in the NFL. With this RB class being as shallow as it is I would have no problem valuing Justice Hill around the turn between the 2nd and 3rd round adjusted to your leagues point settings.

I promise this is the last Raven on the list. More than any team in the division Baltimore sought to address the offensive side of the ball in the 2019 NFL draft. Last season they traded back into the 1st round to select Lamar Jackson. This season they decided to surround him with weapons. The one common factor between Marquise Brown, Miles Boykin, and Justice Hill is speed. The Ravens can now attempt to attack teams both vertically and horizontally with the speed they bring to the field on any given play. Jackson will need to improve his accuracy and mechanics but if he can he will have some dynamic new toys to play with moving forward.

Dynasty Value – Lamar Jackson is still a work in progress. I am not comfortable having him as my starter in single QB leagues but love him as a high end backup and QB2 in Super Flex formats.

You might be asking yourself Drew Who? Trust me I was as well. Meaning no offense to the former Washington Husky but many in the dynasty community had to jump on their phones and laptops to find out just who he was when the Bengals selected him in the 2nd round of the 2019 NFL draft. A quick search will find that he did very little to distinguish himself in college. He is however a draft winner in TE premium leagues where he will likely be given a legitimate opportunity of winning the starting TE role moving forward under new coach Zac Taylor. It is possible that he is used simply as a blocking TE but his draft pedigree and status as one of Taylor’s first ever draft choices could mean he is a useful player down the road.

The Pittsburgh Steelers have made a habit out of selecting and developing WRs in the middle rounds of the NFL draft. Former standouts Antonio Brown, Emmanuel Sanders, and Mike Wallace were all selected after the first two rounds of the draft. Johnson was in fact selected with one of the very picks the Steelers received in the Antonio Brown trade with the Oakland Raiders. The former Toledo Rocket will have an opportunity to develop behind JuJu Smith-Schuster and likely James Washington. Many were not overly familiar with Diontae before the draft but his selection by the Steelers in the 3rd round grabbed attentions.

Dynasty Value – Johnson will have an opportunity to immediately fill a return role on the Steelers and fight for the slot job in camp. He will be pushed down draft boards a bit due to the deep nature of the 2019 receiver class. Despite this I feel that Johnson is a gold star 3rd round pick in coming rookie drafts.

OK I lied when I said Lamar Jackson was the last Raven on the list. The selection of Justice Hill to pair with Mark Ingram will likely tank both of these players. Edwards should maintain handcuff value for Mark Ingram owners but Dixon may have been dealt a harsher blow. I would not be overly interested in either player going forward as anything other than end of the bench depth.

Dynasty Value – Hopefully you sold these two players before the draft. Neither of these players is worth anything more than a random 4th round rookie pick on the off chance there is an injury in front of them on the depth chart.

Benny Snell was a divisive player leading up to the NFL draft. The All-Time rushing leader in the University of Kentucky’s history put some decent work on film. Despite this collegiate success Snell tested out as an average athlete. Steelers GM Kevin Colbert has suggested he would like to see a little more of a committee approach moving forward in the Steel City. Now while on the surface this might sound positive for Snell, the Steelers already field Pro-Bowl RB James Conner and last year’s draft pick Jaylen Samuels. One interesting note here is the fact that the new Steelers RB coach was Jaylen Samuels’s college position coach at NC State.

Dynasty Value – I was not one of the individuals who was down of Snell in the Pre-draft process. I watched Snell pound the rock against many quality teams throughout his career in the SEC. No matter how much I liked Snell coming out I cannot help but think this is a bad landing spot for the former Wildcat. He will have a steep hill to climb in order to establish any kind of value in either the short or long term. I would not be comfortable paying much more than a late 3rd round rookie pick for Benny Snell.

The AFC North was quite possibly the least fantasy effected division by the NFL draft. The majority of the selections by the teams in this division came in areas other than fantasy relevant spots. The Baltimore Ravens drafted more fantasy relevant players than the rest of the division combined. As usual, it is always a good idea to comb through the undrafted free agent signings following the draft to see if any hidden gems could lurk beneath the surface. Good luck to all the readers in their upcoming rookie drafts, hopefully, you select more dynasty relevant players than the AFC North.