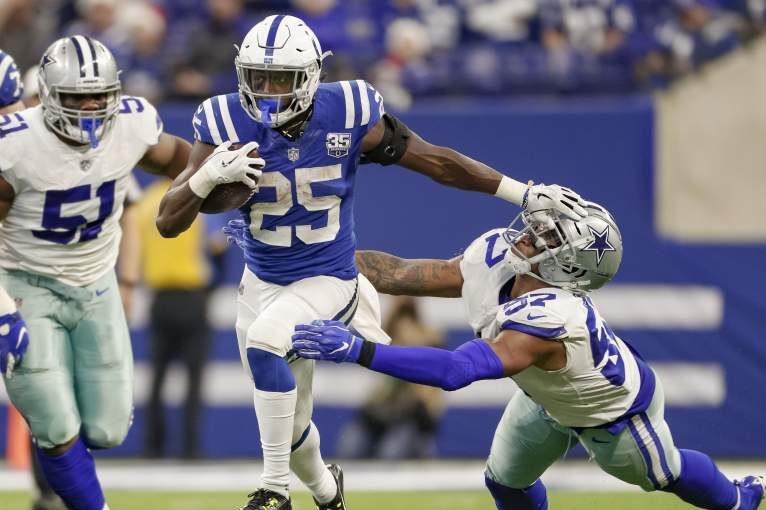 Across the entire AFC South, there were thirty players chosen in the 2019 NFL Draft. The Indianapolis Colts made ten total selections, improving their team in every aspect. The Colts added legitimate help at wide receiver; bolstered an already rising defense; and even used a late round pick to give depth to their already elite offensive line. Not much has changed in Indianapolis this year. That is exactly why Marlon Mack is the biggest Draft Day winner in the AFC South.

“I just have a really strong conviction of that’s what it takes. In this day of high scoring, crazy pass offenses, and that’s all true, but if you look at the numbers, you gotta be good at running the football,” Reich said. “There’s exceptions to that, but the percentages are with you… if you’re a top-10 rushing team, you gotta much better (chance to win).”

Twitter went wild when ex-Philly RB Jay Ajayi visited Indianapolis pre-draft in 2019, and for good reason. The idea of Ajayi as a backup or third-down specialist just didn’t sit right with most. Clearly, Indianapolis was unsure about Mack and thought they could upgrade, right? Wrong.

Mack entered the 2018 season plagued with injury. By the start of week six, he had only carried the ball ten times. Meanwhile, the Indianapolis Colts offensive line struggled to get going as well, also suffering nagging injuries. Left tackle Anthony Castonzo was out 5 weeks and center Ryan Kelly sat out 4 weeks, just to name a couple. In their absence was a revolving door of guys who just didn’t mesh well. Luckily for Mack, the entire starting offensive line will return in 2019. In case you missed it, they were one of the best units in the league. Of the seven times, the entire offensive line was healthy, Indianapolis averaged 148.7 rushing yards per game at an average of more than 5.2 yards per carry.

Just as encouraging as the improvement up front was the commitment to defense that was displayed at the draft.  It is clear to me that the colts are intent on stopping offenses from scoring. A defense that can keep the game under control paired with this high powered offense will let Indianapolis lean on mack even more.

After writing this article the Colts have signed free agent Spencer Ware. Over the last three years Ware averaged 526 yards a season. Called in when the listed starter went down from injury. He is a capable back up, and perhaps he will steal from Wilkins and Hines but the addition of Ware should not threaten Mack’s workload.