You don’t score points on the bench. @dynastradamus breaks down snap percentages from week 1. 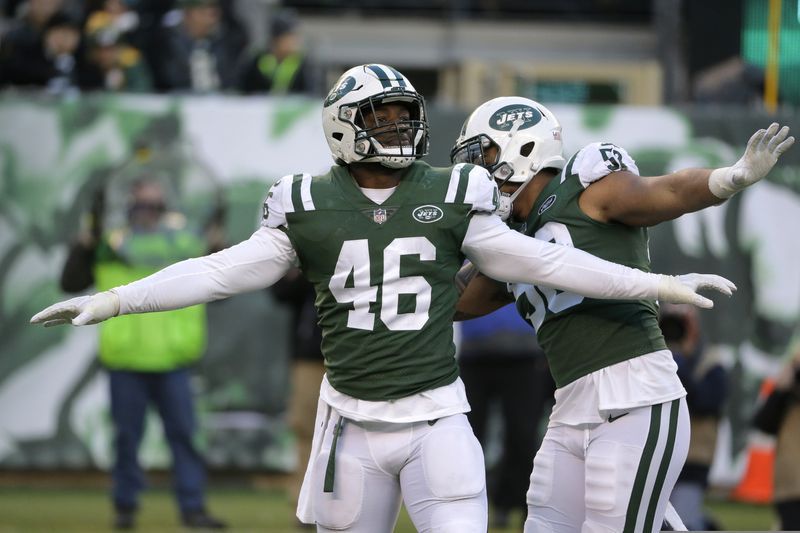 Snap counts are a great indicator of player progression and usage. Production doesn’t always follow, but for the most part, the two are synonymous. This can present a buy low or sell high opportunity, when a player has a high snap count and low production, and vice versa. Snap counts are a great source of information to gain an edge over league mates who don’t pay attention to player usage and snaps, and only the box score. I will be putting two articles out weekly breaking down the AFC and the NFC. I hope you enjoy! Please note that any negatives are in red font.

We have expected Onwuasor to be the LB to own in BAL all offseason, what is most impressive about his week 1 line is that he was the only starter to play the entire game despite a blowout.

Averett played 15 more snaps than Brandon Carr. The disparity is likely due to the ravens being up big, but it could be a situation to watch going forward.

After letting owners down last year, Murphy looks to be the top DE in BUF for 2019. Hughes and Murphy dominated snap counts, while Lawson only played 31%. Lawson shouldn’t be rostered in any formats.

Logging the most snaps at DT is a great sign for the rookie.

Milano and Edmunds both played 100% of snaps at LB for the Bills in week 1, as expected. Milano should be owned in most formats.

I love Wallace as a cheap CB for this season, he seems to be firmly entrenched as the starter opposite TreDavious White. There was a lot of chatter amongst beat writers this offseason that he looked great.

It seems that his IDP relevant days are over, he is droppable at this point.

Hubbard almost doubled the snaps that Carl Lawson (43%) saw in week 1. Hubbard looks to be a solid waiver wire add.

The Bengals played the majority of the game with only two LBs on the field, Nick Vigil (91%) and Preston Brown (77%). Many are very high on Pratt in dynasty formats, at this point, it looks like he belongs on your taxi squad.

Schobert and Kirksey both played 100% of snaps. This is a situation to watch going forward if one of the aforementioned was to get injured the incumbent starter would be a weekly must-start.

Greedy got the start opposite of Denzel Ward. During the preseason process, I expected Terrance Mitchell to have a fantasy impact in the first half of the season until Greedy got up to speed but it seems like Greedy’s day has already come.

Jewell had a great week 1, with 7 solo and 7 assisted tackles. Corey Nelson played 84% of snaps, due to Todd Davis being out for week one. Nelson is not worth adding.

Yiadom started opposite of Chris Harris in week one, no other CB logged a single snap. The CB starting opposite of a stud CB like Harris is always a great situation for fantasy.

Mercilus is the #1 beneficiary of the Clowney trade. Surprisingly, Mercilus has been more productive than Clowney when healthy. In sack heavy scoring systems, he is a must-own.

As the top DE for the colts, Houston should be a solid DE2 going forward.

Turay flashed more on film than the rookie did in week 1. This is a situation to watch as I expect one of the two to become the DE2 in IND’s 4-3 by seasons end.

Walker, Adams, and Okereke all played in week 1 but none of them played enough to have any real fantasy appeal as far as snap counts are concerned. Walker, however, made the most of his 53% of snaps logging 4 solos and 3 assisted tackles. For the time being, Walker is worth a stash. Okereke should be on taxi squads until further notice.

Dareus didn’t play week 1, I expect him to be the main DT in JAX going forward. Notably, Taven Bryan only played 18 total snaps in Dareus’ absence.

Allen is one of the rookies from the 2019 class that I am most excited about. He already logged the 2nd most snaps at DE for JAX week 1 and even played 2 more snaps than Yannick Ngakoue. With Calais being long in the tooth, Yannick and Allen are who I would target for dynasty. Of the two, Allen is the DE to own in JAX.

Wilson was tied for the team lead in tackles week 1. He could be worth an add in deeper leagues.

Although Myles Jack was ejected week 1, Quincy seems to be the other LB to own until we figure out the conclusion of the Telvin Smith saga.

Wilson is the LB to own alongside Anthony Hitchens.

Reggie was absent from the injury report, thus making him a healthy scratch for week one. With Wilson getting the start over him, Ragland’s limited days of fantasy relevance may be over.

Droppable with the emergence of Wilson.

Thornhill is a must-own. The rookie led the team in tackles week 1. Thornhill should have a great fantasy season.

No surprise here, I have been touting him as the LB to own on the chargers all offseason. If he is available on your waivers, he is a must-add. Note that Thomas Davis did play 100% of snaps, he is also a nice addition if on waivers.

Facyson started opposite Hayward, with King in the slot as per usual. Facyson had a great week 1 and is worth a gander in CB required leagues.

As expected, he is the DT to own on the dumpster fire that is MIA. The Dolphins should be the worst team in the league, thus be trailing in most games which will cause the defense to see a heavy dose of the run game. This makes Wilkins a nice DT to own.

Raekwon McMillan only played 31% of snaps coming back from injury. This is a situation to monitor, there is a chance that McMillan never takes the job back from Eguavoen.

Once thought to be a top S to own in fantasy, Jones seems to be finished. We saw TJ MacDonald threaten his production last year, but when TJ was cut from the team it seemed that Jones would return to his old form. Sadly, for week 1, this was not the case. I would personally look to trade Jones to any owner that values big name recognition.

Winovich played the 2nd most DE snaps for NE in week 1, I expect him to be the DE to own by seasons end.

This is a situation to avoid outside of Kyle Van Noy, who was inactive due to his wife going into labor that night.

If you follow me on Twitter, you know that I was adding Hewitt everywhere that I could when Avery Williamson went down. In week 1, Hewitt put up a beast stat line. He is a must-own going forward!

A disappointing week 1 for the 1st round pick, I would remain patient with his development. The kid can play.

The rookie is already the top pass rusher on the team. He handily out-snapped all other DEs on the roster.

Sadly, Johnathan Abram is out for the season. The door is open for Joseph to make a big IDP impact for S needy teams. If this is the case for your team, he is a must-add WW acquisition.

With Sean Davis out, Kelly got the call and had a good performance. Davis is the S to own in PIT, but Kelly could provide decent production in his absence.

As expected, Bush is going to be a stud.

Yuck, what a disappointing week 1 stat line. However, he logged more snaps than any other LB on the roster. He is still the LB to own in TEN.

In leagues where Woodyard is not able to be traded, he is droppable in most formats.

FINALLY! 2019 looks to be Landry’s break out season. He looked great in week 1 but is still a pass rusher with the LB designation. He looks to be one of the few with that situation that could be a weekly starter for teams with sack heavy scoring systems.