Alvin Kamara is a sell in Dynasty

Alvin Kamara won many fantasy managers a championship on Christmas Day. But is it time to sell? @ConbonFF tells you why it might be time to move him in dynasty. 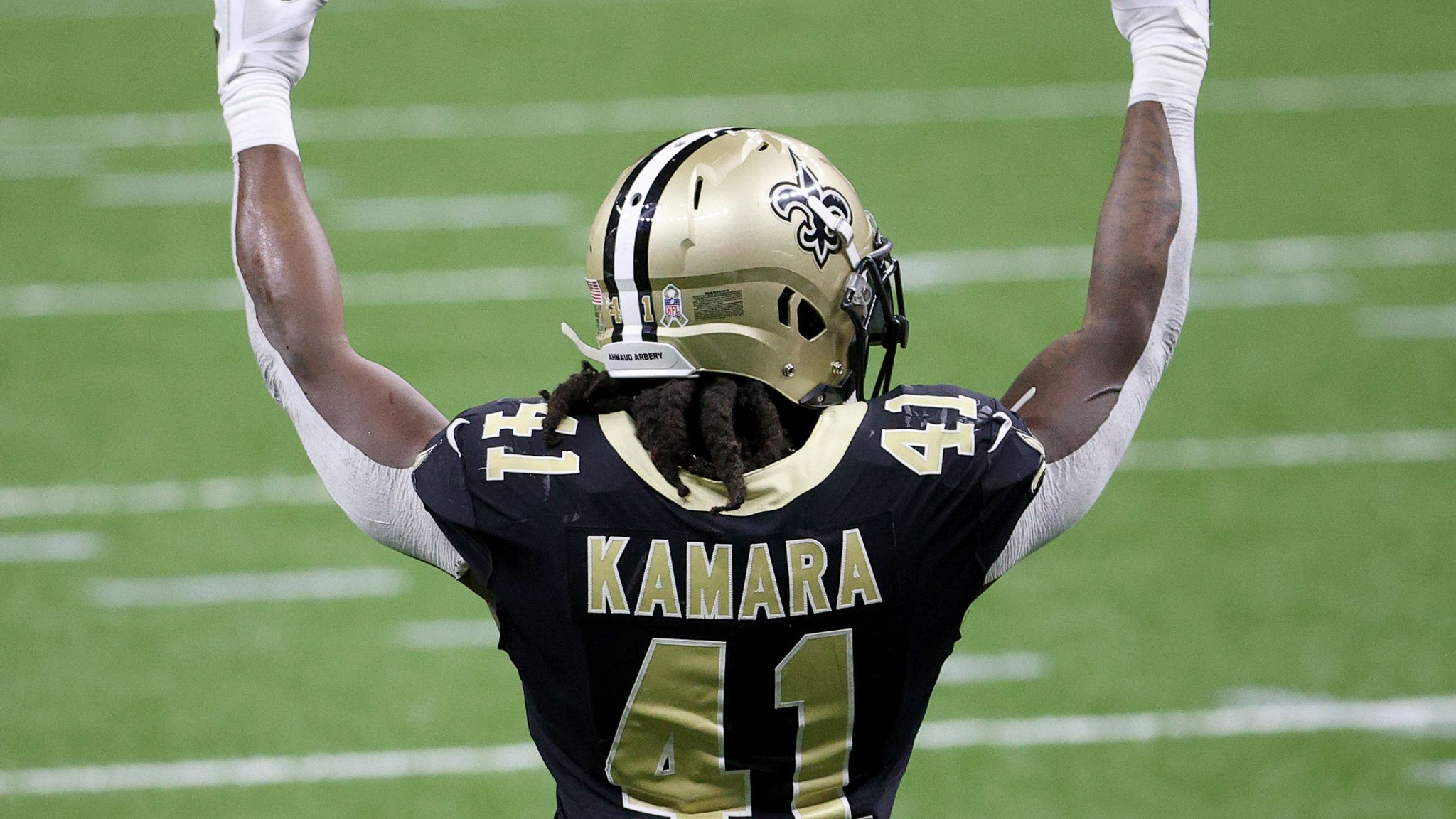 Selling an elite running back at the apex of his career is an adamant thing to do. Kamara was an absolute monster in the 2020 NFL season. He accumulated 1,688 total yards from scrimmage and produced 21 total touchdowns (16 rushing, 5 receiving). He was by far the best fantasy running back, and there wasn’t a close second either. Therefore, this is the exact reason why you should sell him. His value is at an all-time high, and you can get a king’s ransom for him in return. Only 25-years old, he still has a few elite years left, but you want to get ahead of the curve before running backs fall off a cliff. This article will explain why Alvin Kamara is someone you should be selling and why I believe he might not be a top-five running back in 2021. Let’s begin.

Everybody knows the phrase, “Buy Low, Sell High” in fantasy football. Target players who are good but are performing poorly because their value is lower than it should be. A player who is overperforming and who will regress, you should sell high on them. Alvin Kamara’s fantasy value is at the absolute peak right now. He was the RB1 in fantasy by 40.0 PPR points, and everybody remembers his Christmas Day fantasy explosion where he rushed for 155 yards and six touchdowns. Next season he will be 26-years old and will still unequivocally be an elite RB1. Running backs have a short window and usually fall off around their age 28 seasons. Thus, Kamara has enough elite years left to where you can get the most out of him in trades.

The question you need to ask yourself is, “If I were to sell Kamara, what would I need in return”? The best thing about this is you can get a HUGE return for Kamara. The only player you might have a hard time acquiring for Kamara is Christian McCaffrey, but everyone else is fair game. If you want to target younger running backs like Jonathan Taylor, Cam Akers, or Antonio Gibson, that would be a perfect starting point in trade talks. Most likely, you can get high draft picks or an elite WR to go along with the RB’s.

One of the most exciting viewpoints to look at with Kamara is his splits with and without Drew Brees at QB. Kamara makes his money with heavy target volume and receptions. During the 2019 season, Brees got hurt in Week 2, and that left the Saints with Teddy Bridgewater to start. Bridgewater did target Kamara a decent amount when he got the start from Weeks 3-6. Here are the target totals for Kamara during this stretch: 10,3,7,8. Although, Kamara only scored two touchdowns during this stretch and didn’t top 70 rushing yards during this stretch.

Kamara was still a solid RB1 for fantasy purposes with Bridgewater at the helm, but he didn’t have the same upside that we have seen with Drew Brees. Through Weeks 3-6, Kamara was seventh in fantasy points, behind some players like David Johnson and Leonard Fournette during that stretch. Although, the majority of his fantasy points came against the Seahawks in Week 3, which somewhat skews the overall numbers.

As you can see, Kamara had one monster week vs. the Seahawks and was somewhat pedestrian the rest of the games without Brees. Playing the “IF” game is a risky proposition, but if we remove the Seahawks game, Kamara wouldn’t have finished as a top 10 RB and maybe not even top 15. I don’t particularly appreciate playing that game, but it’s something to think about.

Teddy Bridgewater isn’t on the Saints anymore, but I wanted to give you an insight on how Kamara performed during that stretch of games with a different QB. Another QB that is on the Saints and has a very high probability of starting is Taysom Hill. Sean Payton loves this dude. He took out a first-ballot Hall of Fame QB to bring in Hill for special packages and plays. Therefore, this was a big problem for Kamara when Hill took over for Brees due to injury. The problem with mobile QB’s for running backs is that they tend to run the ball if they can’t find an open man downfield. This takes away dump-offs and check-downs that RB’s like Kamara feed off.

Taysom Hill started Weeks 10-13 during the 2020 season, and it hindered Kamara’s fantasy production. His fantasy output was saved with three touchdowns during this span, but his target totals and receiving yards were horrendous. Here are Kamara’s averages per game with Hill at QB.

As you can see, his production mainly came from touchdowns, but everything else is very mediocre. Saints just signed Hill to a long-term contract (albeit voidable), and they also brought back Jameis Winston to compete for the starting gig as well.

There is a scenario where Jameis Winston becomes the starter over Hill. Now, I don’t believe Hill will relegate to merely a backup QB, and Sean Payton loves him too much for that to happen. But Winston has an equal chance to become the starter. What could this mean for Kamara’s fantasy production? For Instance, let’s take a look at Winston’s target total to running backs during his years as a starter.

When I was crunching the numbers for this chart, I noticed that Winston did target his running backs a decent amount as a whole. Although, when you dive deeper into the numbers, Sims the most targets (70) and receptions (51) by any running back in Winston’s five years as a starter. Plus, Ryan Fitzpatrick did start seven games in 2018, so the numbers may look even worse. When you consider Winston and Hill not featuring their running backs in the receiving game, the upside seems bleak for Kamara. Regardless of who is at QB, Kamara is starting to look like a good sell for dynasty teams.

Kamara is one of the most entertaining, elusive, and all-around great running backs in today’s game. He’s been an RB1 since he has entered the league. His future is foggy, though, and he might not have the same upside as he once had with Drew Brees. This is a tough choice for fantasy managers with Kamara on their team. He helped you win a championship on Christmas Day with his six touchdowns, so it’s hard to move on from him. When you consider everything that I discussed, I firmly believe that Kamara will not finish as a top-five RB in 2021. For dynasty purposes, If you can get solid value in return for him, I would move him or wait for a few games. If he starts strong, then sell him at that point.