Kylin Hill opts-out of the college season. @SportsfanaticMB explains how it affects his draft stock, and what happens for Miss. State moving forward. 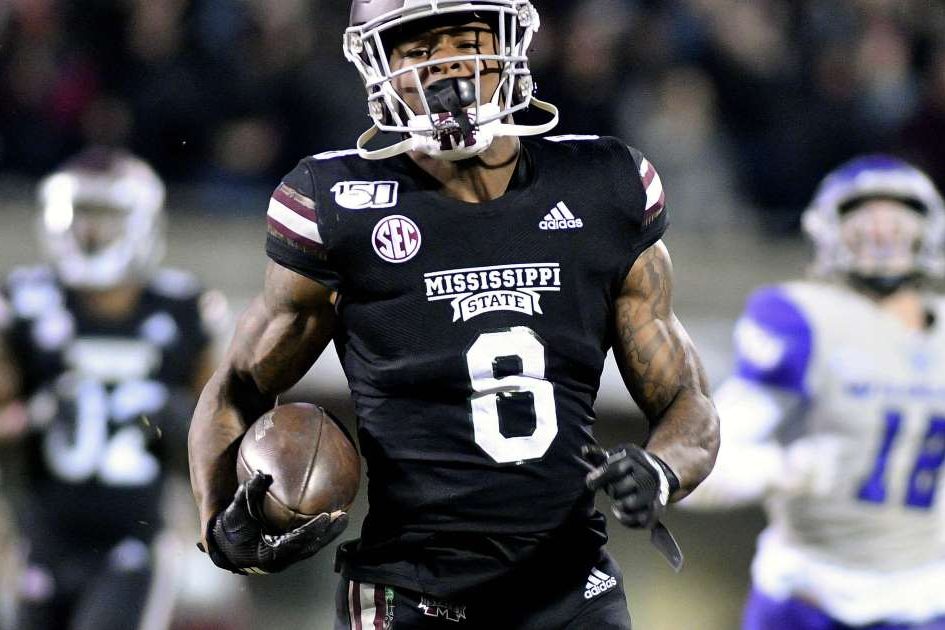 The 2020 college football season has been a tumultuous one for many NFL draft prospects. From players opting out to opting back in once conferences start to play, some players focus on training for the combine and NFL draft, until even this weekend seeing a top prospect being injured. Then there’s Kylin Hill, who we saw has now decided to opt-out after starting the season on fire and then quite literally fall downhill after that.

Coming into the 2020 season Hill who was draft-eligible last season, decided to return for his senior year, which many analysts thought was a good move. His ability to run the ball wasn’t as much in question as was his receiving game ability. Having new head coach Mike Leach takes over bringing his air raid offense looked very intriguing for Hill’s prospects moving forward. Hill had started to garner some serious high-end draft capital buzz and looked to capitalize on that and the system after an incredible first game against LSU. While he struggled to run against LSU, his passing game work was phenomenal and ended up being one of the game’s talking points.

After coming off a huge win for Mississippi State and a great game for Hill, his stock was rising, and many were excited to see what would be coming for him the rest of the season. During the week two game against Arkansas, he took a big hit in the backfield on his second carry of the game. He struggled to get up and was taken to the sideline. After being evaluated, he was removed from the game. Mississippi State went on to lose that game, and many were concerned about when Hill would be back and if he would be ok. Hill would return to the practice field that week and went on to have a good game against Kentucky. However, the team still lost in the game against Kentucky, which seemed to continue the downward spiral for this team and hill.

After another tough loss with a good receiving game performance but still struggling to get something done on the ground. Hill was suspended for the next game against Texas A&M for conduct detrimental to the team. We don’t know at this point what happened, nor do we know if, in the end, it will matter. He was eligible to return this week against Alabama, but that seems to have gone out the window as he is now opting out of the 2020 season to prepare for the draft.

Coming into the 2020 season, Kylin Hill was considered in the second tier of running backs. While his stock remained there after his first game, the subsequent games have not only lowered his stock but have moved him from the tier two group down into tier three for many draft analysts. While Hill played well in the receiving game this year, he struggled at times running the ball. He has good vision and good short-area burst. Hill tends to seek out contact more than he needs to and doesn’t have the breakaway speed. He has dropped down to running back 10 for me, the bottom of tier two. I still believe he can succeed at the next level but would have loved to see more progression out of him this year. He likely ends up being a back end day two pick but more likely an early day three NFL draft pick.

With Kylin Hill out against Texas A&M, two players stepped up and played and should be the players to watch moving forward.

Marks is the highly-rated prospect for Mississippi State, a former four-star prospect, and ranked 16th at his position. He is extremely explosive and has the pass-catching chops that we have seen in four games. He saw his most snaps in week two (when Hill was injured) and week four (when Hill was suspended.) Just eight snaps in the other two games but 19 snaps in games two and four. Marks has already looked good for Mississippi State, and I would imagine will continue to be the lead back now with Hill gone but should split work with fellow freshman running back Dillon Johnson.

Dillon Johnson is a fellow four-star freshman who came in ranked as 10th in his class but not as a specified running back but with the “athlete” tag. In his first two games, he saw a total of six snaps, three in each. However, in the last two games, he received 21 snaps and then 33 snaps. Johnson has been the main starter but has failed to produce running the ball or in the receiving game like Marks has. Johnson should still stay involved in the offense and will likely continue to get carries and catches. However, in my opinion, Marks is the player to watch moving forward.

Make sure you subscribe to the #NerdHerd, where you get exclusive content, dynasty/rookie rankings, buy/sell tool, and a bonus podcast too. DynastyNerds also recently launched the #DynastyGM tool, which is a complete game-changer in the fantasy industry. Click here for a free trial. We truly are your one-stop-shop for all your fantasy football needs! For all my devy content you can follow me on twitter @SportsfanaticMB, and on my podcast the Fantasy Football Roundtable.