The Argument to not select rookies 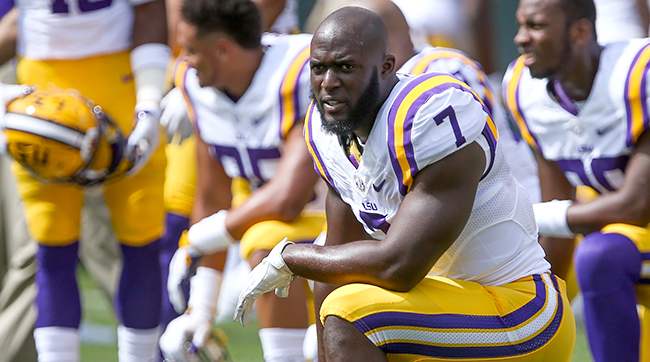 Rookie drafts are often one of the highlights of a dynasty season. Those precious picks could help get you that one player to push you over the top. It presents an opportunity for those who have suffered through the cruel treatment of the fantasy gods, to find their new shining star. It’s seen as the universal way to build up a team and compete long term. I’m going to present an argument that will go against all of this. The rookie draft is fool’s gold.

There’s a saying in poker that goes “If in the first 20 minutes into a poker game you don’t know who the sucker is, it’s you.” This my friends is very relevant to think about when approaching the rookie draft. The hype train for player A is starting to gain speed as he’s the savior you all need. That elusive stud you want to plug in and never worry about that spot for the next ten years. That is the sucker. It’s a fantasy in fantasy football. Of course there are exceptions but they are rare to find and luck plays a large role. They are the Bishop Sankeys, Montee Balls, Justin Blackmons, Trent Richardsons, Steven Ridleys, and Ryan Matthews of the world. The “Stud” and can’t miss guy that year. These guys were all considered top players in the dynasty rookie drafts their respective years. Wouldn’t you have rather moved your pick for a known commodity, who has proven production instead of taking the risk on a lottery ticket? Going off of ADP from Dynastyleaguefootball.com and Dynastynerds.com, the top five players this year have an ADP status of top 50 players in Dynasty as a whole. This in my mind is insane, how can you justify that. The typical response I’m given is “Youth and Potential”. However as draft day approaches those picks soon eclipse there ever rising current value reaching their apex. This is where you need to find that sucker. That guy who’s willing to give up a proven player for that lottery ticket. They want the shiny new toy and they’re sick of the old toy that’s gleam has started to become more dull.

Dull is good. Dull is proven production, which leads to wins, which leads to championship. Shiny leads to potential, which often can lead you to the sun and you will burn to a crispy mess. Its human nature, we all want that new shiny foreign car we’ve never had before. This gives you an opportunity to really get some value in your deals. It’s a similar idea of trading current picks for more future picks. I’ve adopted this in a few leagues and have had extreme success in doing so. Combined with a buy low strategy it can lead you to the promised land of championsville. This past year, I moved my late 2nd round pick and late 3rd round pick for Demarco Murray. It obviously paid dividends compared to the players, actually selected with the traded picks in Alex Collins and Rashard Higgins. Two players who are relatively irrelevant now for a RB I hopefully saw as a solid flex play. Looking back at that range, few if any of the players picked in that range had any impact this past season. Now we can discuss those sacred first round picks you all treasure. Let’s jump back and take a look at a few of the past classes and see what that draft capital really produced. These are rankings taken during the preseason from a few different sites showing there rooking rankings

Let’s look at these rankings and see how many of these guys are still within the top 100 ADP provided by DLF. I have bolded all of these players adding to 25 players out a total of 84 players selected leading to 29% of the total picks. As you can see in the table as the years go by players from these classes typically who are drafted in the top 100 ADP slip down from the more recent classes. Players like Ebron, Hyde, White, Parker, Perriman, Coleman and dare I say Sammy Watkins are all players that another season of lacking production could lead to this. As far as the ideology of getting that stud in the draft let’s look back at the table again. Let’s specifically zone in on 2009-2013 as we know what the players in this class are by now. As far as the “studs” go, we have McCoy, Dez, DT, AJ, Julio, Luck, Alshon, Hopkins, Bell and potentially Keenan. Combined with some good complimentary players in Crabtree, Ingram, Maclin, and Golden Tate. So out of the 60 players selected within the 1st round of a 12 team league over a 5 year period there are potentially 10 studs. A 16.7% chance of getting that stud you’ve always wanted. Essentially as I argued above that is a lottery ticket with a pretty low percentage shot. The more shocking percentage is of the top four picks. 6 out of the top 20 panned out into the type of player you would expect to be getting with such a high pick. Gio and Mark have turned into useful RBs but not at that premium of a draft position. I realized this may not be the consensus order in each year every player has but of these rankings a top four pick from 2009-2013 only resulted in a 30% hit rate on a stud. That top four pick could have yielded a substantial package in return, potentially even a stud player. Which ironically is what you are looking for with the pick . Looking back it seems like an easy choice to take, keep this in mind as the rookie frenzy begins to take over. Move your picks, find that sucker.