Players are shooting up draft boards post-NFL draft, but it just takes a look back at recent history to remind yourself that talent should always outweigh landing spot 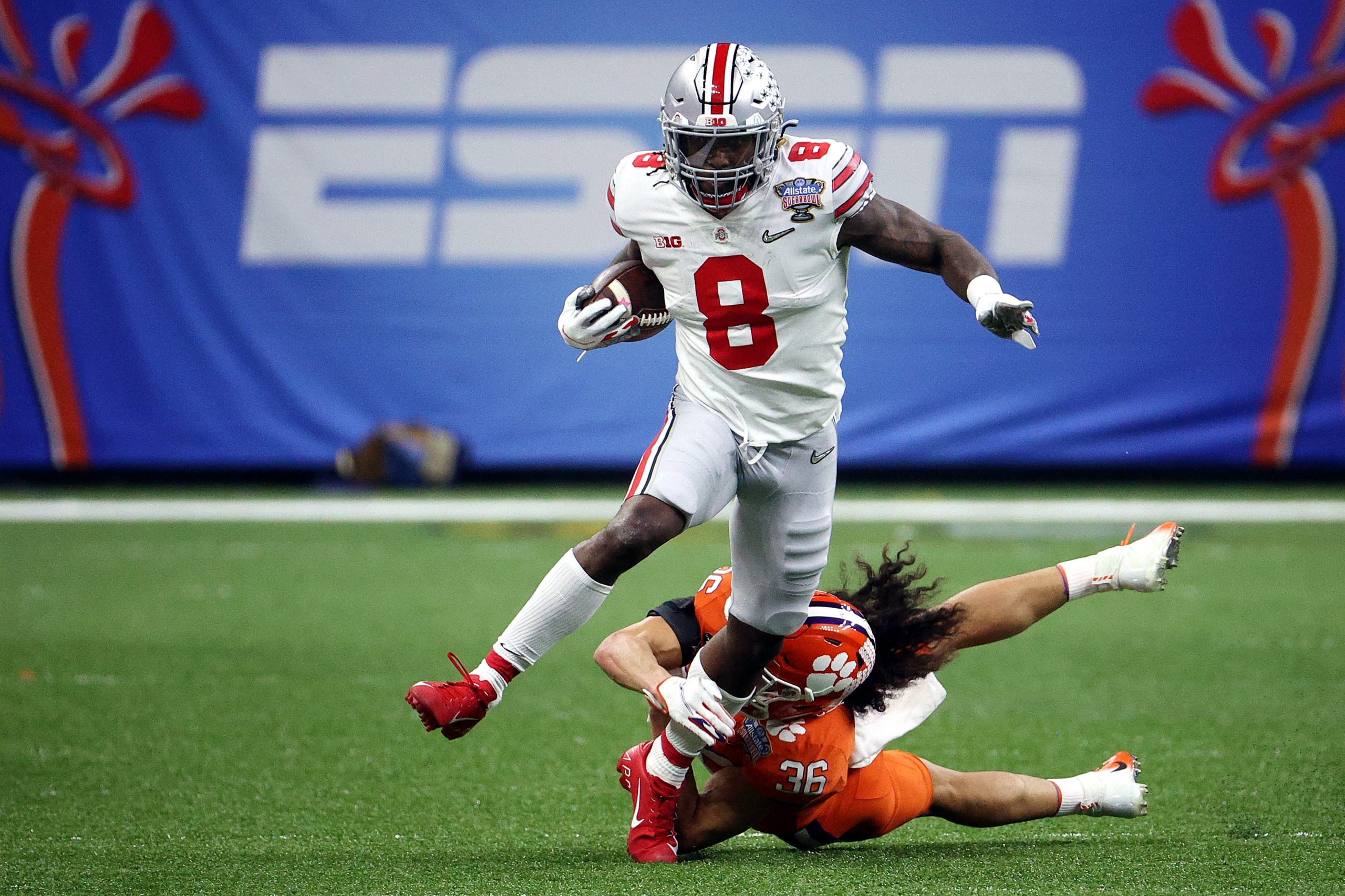 Rookie draft season is in full swing with the NFL draft concluded. Many of our readers have probably already partaken in at least one rookie draft this Spring. As someone who has now finished four different drafts, there is an interesting trend I am seeing once again this year that reminds me of rookie drafts a year ago.

Rookie ADP has shifted dramatically in the last week due to landing spot becoming a large factor in many owners’ decision-making. While landing spot certainly has some impact on a player’s production, too often, it becomes a significant factor in where a player goes in a rookie draft.

Let’s look back at a few players from the last two drafts, how draft capital helped or hurt their stock, and some lessons we can learn from shifting value dramatically based on what team drafts a player.

One year and a few days ago, we were heading into the NFL draft with five different rookie RBs that owners were excited at the possibility of adding to their teams. While all were considered great talents, there was a clear split in ADP with these backs.

Jonathan Taylor and D’Andre Swift were considered the top two backs in this class, J.K. Dobbins was next in line, and then Cam Akers and Clyde Edwards-Helaire were being picked in the latter part of the first round.

Then draft night came, and the Chiefs took the only running back in the first round: Edwards-Helaire. Instantly, CEH shot up rookie draft boards, a pass-catching back that went to the Patrick Mahomes led Chiefs, who Andy Reid called better than Brian Westbrook. In 1QB leagues, CEH had become the 1.01 in a considerable majority of leagues.

Meanwhile, Taylor, Swift, Dobbins, and Akers all landed on teams that were looking to commit to a new running back in the 2021 season, but none of these teams were the darling offense of the NFL in the Kansas City Chiefs.

Now a year later, things have shifted dramatically. In Sleeper dynasty startup drafts, Taylor is ranked the 4th running back available, Dobbins 8th, Akers 9th, Swift 10th, and CEH is 12th. This is not to say CEH has lost all value and is worthless to the team that drafted him, but imagine if you were the owner of the 1.01 a year ago and decided to move back for multiple firsts instead of taking 1.01 at the top of the draft. You could theoretically have landed Akers and Justin Jefferson for the price of CEH.

Just like CEH, Mecole Hardman was a prospect that had a huge rise in ADP after the NFL draft in 2019. Hardman was a prospect that many owners weren’t targeting until the fourth or fifth rounds. Then, virtually overnight, he became a high second-round pick in both 1QB and Superflex leagues. All because the Chiefs took him in the second round, eight picks before the Seahawks drafted DK Metcalf.

I reviewed mock drafts and ADP values from that year. In many leagues, Hardman ended up being taken ahead of players like T.J. Hockenson, Noah Fant, Terry McLaurin, and even Deebo Samuel. All because Hardman was drafted by the Chiefs.

Looking back again at last year’s rookie season, we also saw players like Ke’Shawn Vaughn and Anthony McFarland shoot up draft boards when Tampa Bay and Pittsburgh drafted them. Meanwhile, a player like Antonio Gibson was consistently being drafted behind Vaughn and McFarland in rookie leagues until the point that the Derrius Guice era ended in Washington.

The idea that Vaughn would be playing with Tom Brady and McFarland would be the next big-time running back in Pittsburgh was too good for many owners to pass up. Vaughn started getting drafted in some leagues in the late first round and McFarland in the early second.

All the while (and separate from Gibson), wide receivers like Tee Higgins, Chase Claypool, and Brandon Aiyuk were often being picked behind these running backs. A year later, Vaughn has less than 150 yards to his name and is jammed in a crowded backfield in Tampa, and McFarland is a backup on a team that just used their first-round pick on a running back.

Don’t let landing spot dictate everything in your rookie picks. In the end, talent always outweighs where a player is playing. If a player is talented, an NFL coach will find a way to get their player the ball, or the organization will find a better coach that can do it.

What does this mean for this year? Players like Trey Sermon and Michael Carter are shooting up draft boards currently in dynasty leagues. While both did land in interesting locations with the 49ers and the Jets, both are also seeing a rise that is averaging almost a full round higher than where they were being picked before the NFL draft.

Did their talent change? Did their profile get better? No. They were just drafted in an interesting spot.

Michael Carter has an interesting profile, but he was the second running back behind Javonte Williams in North Carolina. He was not expected to be an early second-round pick in rookie drafts. Likewise, Sermon wasn’t expected to go that high either. While Sermon was the lead back at Ohio State, he does have several injuries in his history, and he is going to a team with a crowded backfield that will run with the hot hand, no matter who that may be.

Sermon and Carter could both pan out and become solid running backs, but I have seen both drafted above Rashod Bateman in two different drafts already this year. Bateman took a hit in his ADP when the run-heavy Baltimore Ravens drafted him. But Bateman, the player, has not changed even if he landed on a team that has recently been one of the most run-focused offenses in football.

Before the draft, Bateman was averaging being the third wide receiver taken in rookie ADP, behind only Ja’Marr Chase and Devonta Smith. As Ryan DeVaney talked about in his article on Bateman, his value should not be dropping significantly just because of his landing spot.

The NFL is always changing. A team that seems offensively hopeless can suddenly look exciting and high-powered within a few NFL seasons. When we draft players, we are drafting them on career projections, not on how good they will be for one to two years. Don’t overthink things when it comes to where a player was drafted. Draft players based on talent and how good you think they will be in an entire NFL career.