With an exciting rookie class coming into the NFL this year, @gbridgfordNFL takes a look at the best and worst fits. 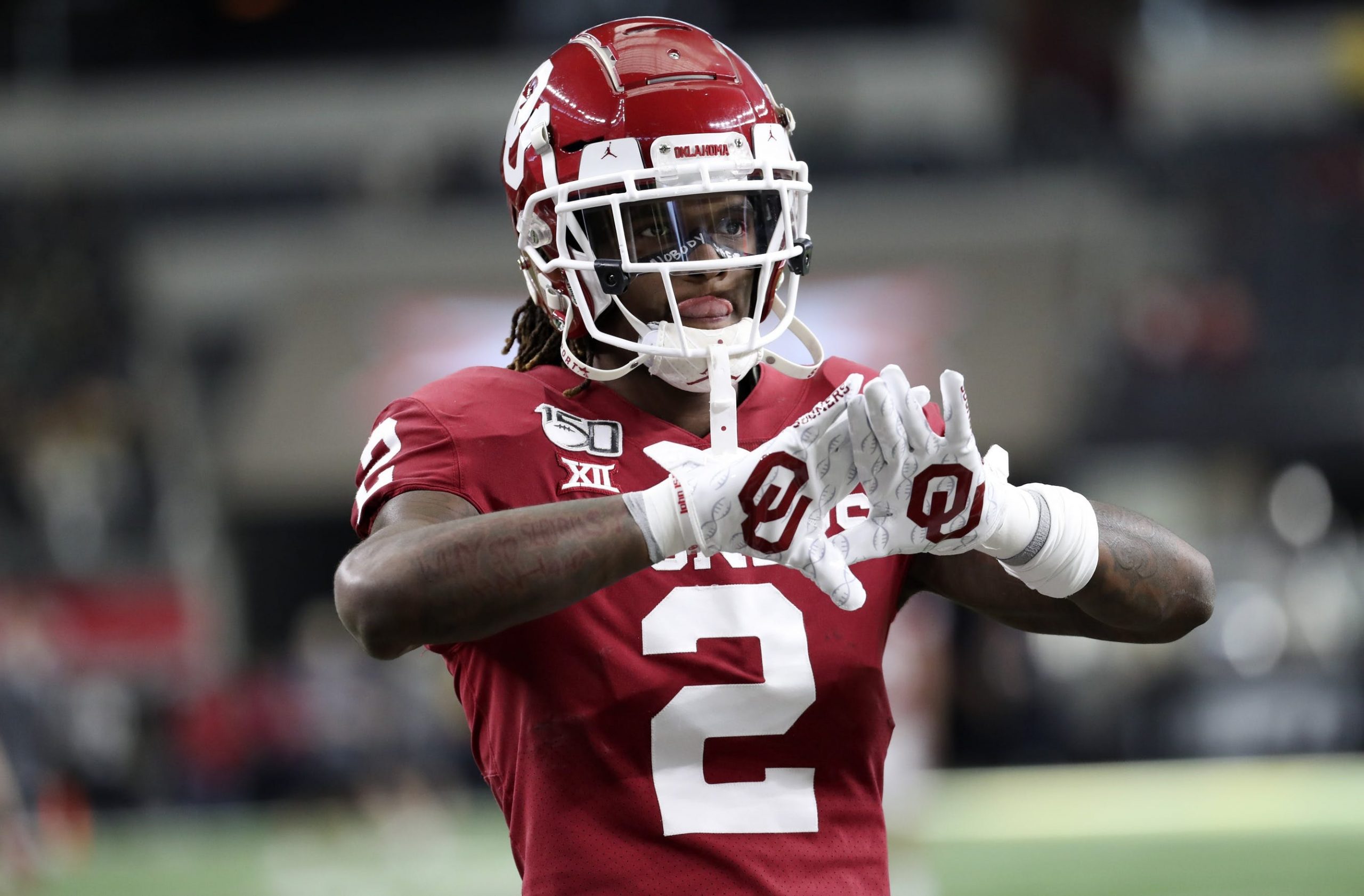 The 2020 NFL draft is finally here after months upon months of waiting. Since the middle of March. We’ve been waiting patiently for it to arrive with no other sports to occupy our time. 255 players are going to be selected to join their new franchises. Of those 255, we’re looking at 10 of them to see where would be the best and worst landing spots for them in terms of a fantasy football perspective.

First off, we’re looking at five running backs and five wide receivers. These were taken partially from my rankings along with the general public consensus of where these players fit. Second, I tried to give them to teams that could realistically get them based on how mock drafts have been shaping up of late. This is why CeeDee Lamb isn’t making it to the Kansas City Chiefs. Third, I could have picked the same destination for multiple players, but that felt a tad lazy to me.

Finally, in no way does this mean that if one of the player’s lands in their worst spot does it doom their fantasy future. It just means that that will lower their ceiling, and you should adjust that in your rankings as well. Don’t dwell on these too much, though. If you love or hate a player prior to the draft, don’t let the landing spot drastically change that opinion. If you love or hate the talent, it’s more than likely not going to change too much just based on the jersey color.

I’m not convinced that D’Andre Swift can be a workhorse back at the next level. Moreover, I think he can be a lead back that gets spelled on occasion, and that’s precisely what he gets with the Chiefs. They have a bevy of weapons, and Andy Reid’s system allows for multiple running backs to be utilized that can be successful. They’ll also be able to take advantage of his receiving ability out of the backfield. Because of the reactionary world we play in, he would likely become the 1.01 pick if Kansas City snagged him at the end of the first round.

This one has a few things working against Swift. For one, the Steelers love to ride their running backs into the ground. That works out in the short term, but it’s horrible for them in the long run. Swift needs a situation that will allow him to carry the majority of the workload, but it can’t be the full 100 percent. Additionally, this vaunted Steelers offensive line is getting older in a hurry. Those cracks will form, and he’ll be hit in the backfield a lot.

The rumors have been floated out over the last couple of months that the Colts could be looking to extend incumbent Marlon Mack. I’m not convinced they do that, and I think J.K. Dobbins would fit in perfectly as the next back in line. He has the vision to read the massive holes that this offensive line can open up, and he’s also arguably the best receiving back out of this top group. He has the willingness to take on blitzers, and he can help to make life easier on the quarterback that comes after Philip Rivers.

First of all, they’re still planning to utilize Kerryon Johnson in a featured role, which he just may not be cut out for. They don’t have the offensive line that would allow him to read holes and get up the field after losing multiple starters this offseason. Throw in an offense that is pretty pass happy to the receivers and not the running backs, and there isn’t a ton of volume that will be heading in his direction for the foreseeable future.

This one is going to surprise some people, but I think it makes a lot of sense. For one, Akers is the best pass-blocking running back out of this top group. If this offensive line lets anyone through, he’s keeping Tom Brady upright. Florida State was one of the worst offensive lines in college football last season, and he still ran for over 1,100 yards. Akers would be in a high-octane offense that could put his full skillset to work.

This would be a terrible result for Akers. This Seahawks’ line is better than FSU, but it’s not exactly the great wall of the Dallas Cowboys in the 1990s. Their running backs are often used in short-yardage situations while the passing game does the heavy lifting. Akers isn’t a short-yardage style back, and this wouldn’t be a good fit for him in any way.

This pick has become all-to-popular as of late, and for a good reason. Jonathan Taylor brings an element to this Bills offense that they don’t have. He gets a head of steam from about seven yards behind the line, and he’s not stopping. He’s the workhorse back that they wanted Frank Gore to be, but he’s got a different level of speed. Taylor averaged 6.7 yards per carry in his college career. He won’t average quite that, but he can take the heat off of Josh Allen while working in tandem with Devin Singletary.

For the sake of Taylor, I hope this doesn’t happen. This Rams’ offensive line is closer to the beginning of a rebuild than the end of one. Andrew Whitworth is near the end of his career, and they don’t have much else in the way of road graders. This offense also relies on a fair bit of receiving work from their running backs. Taylor has better hands than he gets credit for, but he’s still more of an old-school back in the way he plays the game.

This one is looking one year into the future. The Falcons have Todd Gurley in the fold for a year, but I see them grabbing Edwards-Helaire to ease his workload somewhat before making him the full starter. With Joe Burrow at quarterback, Clyde was able to flash his receiving ability while working plenty on his pass blocking. In a Falcons offense that wants to use their running backs as receivers, he would be a perfect fit in that way.

I would not be surprised to see the Titans take a running back in this draft. Behind Derrick Henry, you have David Fluellen, who has eight career carries. They’d likely be looking one year into the future with Edwards-Helaire, and he isn’t a good fit for their scheme. The Titans rely on Henry to blow through the line and bowl over awaiting defenders. CEH just isn’t going to be that guy at the next level. They also don’t take full advantage of his receiving talents.

Some of this is assuming that Adam Gase will be rightfully out of a job after this year. Lamb is talented enough to be perfect for any team that was to draft him. He’s the prototypical X-receiver that every team is looking for, and he would give quarterback Sam Darnold a consistent presence on the outside. He has the size to bully small corners, and he can win jump-ball situations, unlike any other receiver they have on the roster.

Again, Lamb is great for really any team. He’s supremely talented, but I don’t like his fit so much for the Jaguars because they have a similar player already. D.J. Chark matches Lamb nearly identically in height and weight. He’s faster, but he’s not a deep-shot exclusive guy. Adding a player like Jerry Jeudy would be a better fit with his ability to work underneath routes. Combine that with a likely coaching change in the next 12 months, and I don’t want to put that on Lamb.

This might be one of the most seamless fits in the entire draft. The Raiders traded for Antonio Brown last year to be their do-it-all receiver that could work all over the field. He’s gone, but Jerry Jeudy can be that guy for the Raiders now. He has the route-running ability to gain separation against any corner that lines up across from him. Whether Derek Carr or someone else is throwing the ball, Jeudy is a great player to feature as his top target.

The Broncos need a wide receiver, but they don’t need a player like Jeudy, although he is talented enough to work for any team. They currently have Courtland Sutton and Noah Fant on the roster to work the underneath routes. Jeudy can work down the field, but it’s going to be a better fit for another player we’ll get to in just a minute. Drafting him to Denver would be redundant and limit the impact he would have on the team.

I told you that we’d be getting here in just a minute. Henry Ruggs on the Broncos is just a match made in heaven. He’s got the speed to take the top off of the defense, which opens things up for Fant and Sutton, and it unlocks quarterback Drew Lock’s immense arm talent. Lock can make the big throws down the field that can maximize the impact of Ruggs. Even if they have to trade up to get him, it’d be a great selection.

The main issue with Ruggs for the Kyle Shanahan offense is the fact that he doesn’t run the entire route tree. He would also be somewhat redundant in this offense, considering they already have Marquise Goodwin. Ruggs is the type of player that you want to generate touches for to see what he can make happen. They already have that player in Deebo Samuel, so they should look elsewhere for receiver help.

The main aspect missing from the Green Bay offense is a receiver that can generate natural separation on underneath routes. They have multiple downfield receivers while Davante Adams cooks up cornerbacks like a 5-star chef. Adding Justin Jefferson to the mix would take this offense to a new level. He is arguably the second-best route runner in the class, and he would start on Day 1 for Green Bay in the slot where he would thrive with Aaron Rodgers.

This pick has become quite popular since the Stefon Diggs trade, but it doesn’t make a ton of sense for them due to his fit. Jefferson is not exclusively a slot receiver, but that’s where he was the most successful in school. They already have Adam Thielen, who is one of the better slot guys in the game. Adding a player like Jalen Reagor or even Tee Higgins would be a better result for all parties.

Before a poor showing at the combine, the hype train was in full effect for Reagor. If he were taken at 32 by KC, that train would be full-steam ahead once again. Reagor has the skills to be utilized in a variety of ways for this Chiefs offense, and Patrick Mahomes has the arm talent to take advantage of his downfield ability and his leaping skills. If Reagor gets the right landing spot, he could move up the rankings in a hurry.

The Patriots need more talent in their receiver room, but it shouldn’t be Reagor. His growth was stunted in his final year when there was a severe dropoff in the talent of his quarterback. New England has a gaping hole at the quarterback position, and, if they were to draft one, forcing Reagor to develop with an unproven rookie, would increase his learning curve dramatically at the NFL level.