Check out the Best Landing Spots for 2021 Quarterbacks inside: 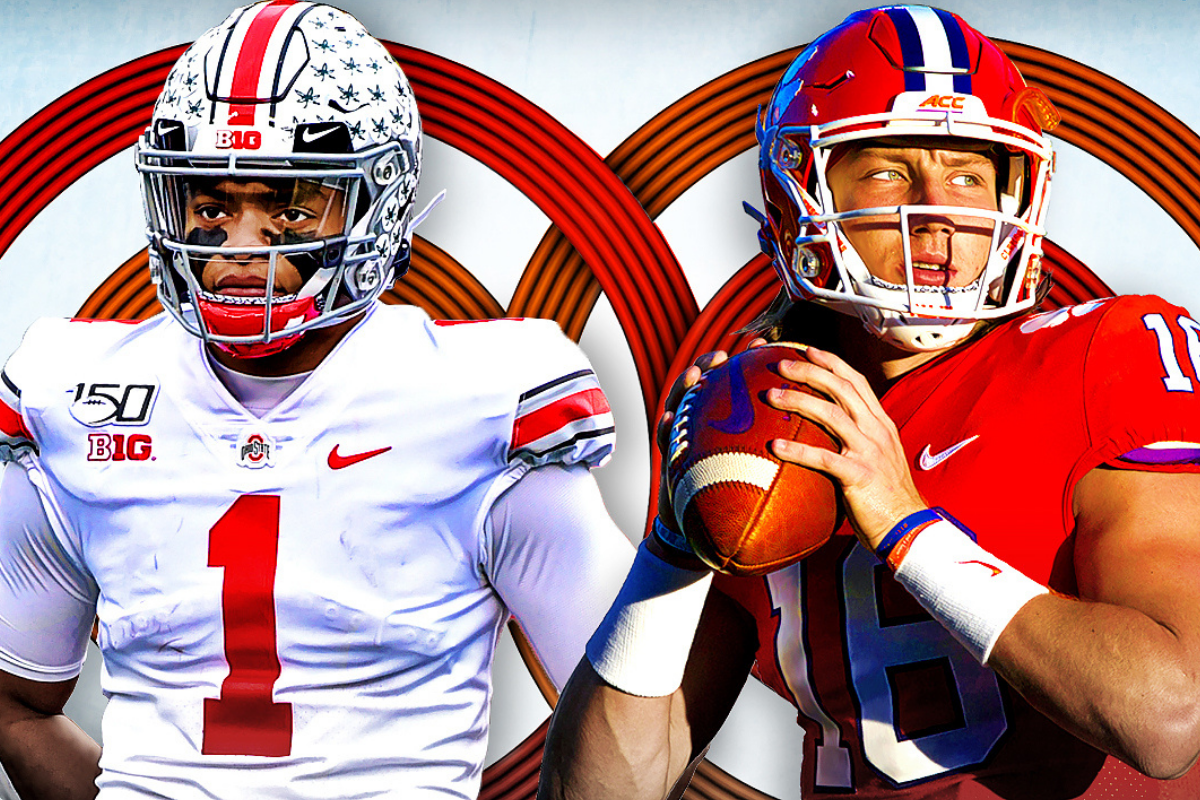 As we approach the finishing line on this league season, your fantasy team isn’t quite as good as you hoped (mine have been terrible), and you are starting to look ahead at this year’s draft, you will see that we have several top-end Quarterbacks that will be available. Landing spots are critical. Will they start right away like Joe Burrow or sit like Jordan Love? We can’t answer questions yet, but we can look at the best potential landing spots for these quarterbacks.

The Vikings are hands down the best landing spot for any incoming rookie-QB. Over the last few weeks, they have won a couple of extra games, and currently, the Vikings sit right outside the top 10. Kirk Cousins will represent a whopping $41 million cap hit if he is cut before the 2021 season. So, we would have to assume that Cousins will be the signal-caller for 2021, but I still think they will be in the QB market in this draft.

As we take a look at their roster on the weapon side of things, they are deep. They locked up Dalvin Cook for five-more years in September, Adam Thielen is under contract until 2024, Irv Smith Jr. has finally shown flashes of what we all hyped him up to be, and they drafted breakout rookie Justin Jefferson who has shown that letting Diggs go wasn’t a terrible trade after all.

They will have to get creative as they are over-the-cap this offseason, but a few moves could quickly get them there. A rookie quarterback would inherit a bellcow back, two stud wide receivers and an up and coming tight end, and whatever other assets they add throughout the draft. This landing spot is perfect for a rookie quarterback.

The Broncos have had a roller-coaster of 2020, which saw them play a game without a quarterback, inconsistent play from Drew Lock, and questionable decision making with the run game. One thing is for sure, Lock isn’t the answer, and Elway and the Broncos since Peyton left have not made good decisions as far as the quarterback position goes. I wouldn’t be surprised if people are out for Elway’s head after another lackluster season, but I do believe the Hall of Famer may be spared and have another season to try and find that guy.

They go into the offseason with $30 million in cap space. That can be flexible depending on any players’ decisions, including Sutton and Fant coming up on contract years. They may want to extend either of those two guys on the offensive side of the ball.

So taking a quarterback and giving him a full offseason with Jeudy, Hamler, Patrick, Sutton, and a defense that is more than capable of holding their own when healthy makes this one of the more attractable landing spots for a rookie.

On the surface, the Jaguars a ton of young talent, especially with the breakout of James Robinson. More so, you have a team with over $70+ million in cap space, an owner that is willing to spend money and wants to win, and four picks in the first two rounds of the draft.

Among those four picks in the first two rounds, the Jaguars look to be in the driver seat to be picking among the first three picks of the first round, which is prime real estate for Justin Fields (if Lawrence goes number one). Fields (or whoever lands here) should be delighted to land in the world of Duval because of the plethora of picks, cap space, and new head coach.

For me, the Panthers would be my ideal landing spot for ANY of the rookie quarterbacks, and some may think I am crazy for having them on this list, and the only reason they aren’t numbered one because of Teddy Bridgewater. While Bridgewater has been more than capable of a starter, I don’t believe he is the long-term option.

The weapons speak for themselves, with CMC leading the charge, but Robby Anderson has proven to be a great pickup this offseason, and pairing with DJ Moore and Samuel has been a heck of an upgrade with Joe Brady using him all over the field.

Speaking of Brady, whom I think may draw some attention as a candidate this offseason as a Head Coach, but I think we are another year away from him landing elsewhere. Brady has done a fantastic job with this offense, and I think a guy like Zach Wilson (BYU) or Trey Lance (NDSU) would thrive in this offense.

Is this a likely scenario? Who knows, but a trade is something I would explore if the Panthers can land a quarterback in the first round.

Want to see tape on all of these quarterback prospects? Make sure you subscribe to the #NerdHerd, where you get exclusive content, dynasty/rookie/devy rankings, buy/sell tool, and a bonus podcast too. DynastyNerds also recently launched the #DynastyGM tool, which is a complete game-changer in the fantasy industry. Click here for a free trial. We truly are your one-stop-shop for all your fantasy football needs!