@TheHQNerd takes a look into which important traits the 2021 rookie wide receivers excel at the most. 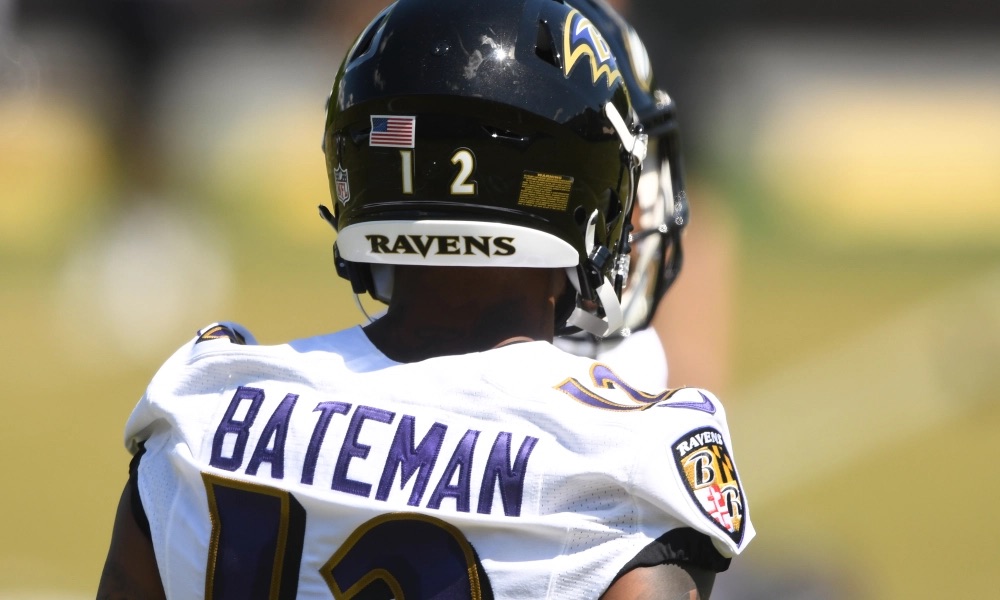 It feels like it’s becoming an annual conversation piece discussing another talented incoming rookie wide receiver class graduating to the NFL. 2021 certainly was no exception. What this class may lack in size, it makes up for with playmakers with other elite traits. The focus of this article will be which wide receivers show out the most in terms of hands, body control, speed, route running, and physicality.

Let’s get It, NerdHerd!

It was stiff competition to see who would come out on top for the best hands award in this class. At the end of the day, I’m going with Elijah Moore. Moore caught 189 balls in three years for Ole Miss. He improved each year in Oxford. Moore culminated his college career with an astonishing 86 receptions in just eight games in 2020. He totaled double-digit receptions in seven of his eight games.

Moore isn’t just a slot receiver who can work the middle of the field. He’s a weapon that can be utilized everywhere on the field. Per Pro Football Focus, 85 percent of Elijah Moore’s targets were completed in 2020. The highest rate in college football. Moore possesses reliable and soft hands and can make difficult receptions look easy. Moore’s a comfort blanket for a quarterback with his dependable hands. He and fellow rookie Zach Wilson will become fast friends in New York.

Ja’Marr Chase isn’t the biggest receiver at 6’0″ and a little over 200 pounds. You wouldn’t know it by his play. Not only does Chase play bigger than his stature, but he also plays with an attitude. Chase doesn’t always generate a ton of separation, but he can win in other ways.

When it comes to play strength and physicality in this class, not many can approximate what Chase can offer. Chase plays with that my ball mentality. He shows strength in high pointing balls at the catch point. Chase can also play physical on the boundaries. He uses his hands well off the line to help create separation, resulting in consistently getting an edge on corners. Play strength is an important trait to have for a receiver in the NFL. Playing physical can help beat man press coverage. Being powerful and physical can also help you win those 50/50 contested balls, a quick way to become a quarterback’s best friend.

Expanding even further on the strength and physicality in Ja’Marr Chase’s game, let’s see what people who scout these guys have to say about him.

“As I was studying Chase, I couldn’t help but notice how many quality cornerbacks he dominated last fall. The SEC is littered with NFL-caliber defensive backs, and he got the best of almost every single one. His competitiveness is off-the-charts impressive. He just refuses to give himself up. You never see him run out of bounds with the ball in his hands. He will lower his shoulder against defenders, and, like most outstanding wide receivers, he can find another gear when he needs it. Once the ball goes up in the air, you can see him accelerate and separate. He’s a special, special talent.” — NFL.com’s Daniel Jeremiah

Ja’Marr Chase gets reunited with his former college quarterback Joe Burrow in Cincinnati. It shouldn’t take the two very long to rekindle their magic.

The ability to employ superior body control as a wide receiver is arguably one of the most underrated traits. It’s an area where Devonta Smith thrives. He’s not the tallest, he’s not the biggest, and he’s not even the fastest. Devonta is, however, an all-around student of the game when it comes to improving his craft. An acrobat, Smith excels at body manipulation and making adjustments mid-air.

Smith is one of the more innovative wide receivers coming out of the draft. His football awareness shows up in his tape. He knows where he wants to go and where he needs to be on the football field. Smith has a simple elegance to his game. You can’t teach the type of body control to make adjustments on the fly that he possesses. Smith showed up constantly on tape, adjusting to balls that were slightly underthrown. His ability to avoid contact and manage space properly is the best I’ve seen in this class. It’s obvious this is something that Smith works hard on his game. The Eagles have their do it all wide receiver now. Expect the high-flying act to continue in the city of brotherly love.

There are some promising route runners in this class. A few I’ve spoken about already in this article. But I’m giving Rashod Bateman the edge when it comes to route running. Bateman is a smooth mover with excellent feet. His route running establishes separation, helping Bateman win more times than not.

Rashod Bateman sets up defenders with his excellent technique. He plays with supreme balance. One of Bateman’s greatest strengths is his quick feet. He’s a nuanced route runner who can win one on one because of his above-average form. He consistently shows the proficiency to attack the corner’s hips, immediately leaving them in a vulnerable state. Bateman is such a fun technician to watch.

He’s an artist. Rashod Bateman is fast, physical, and one of the most precise route runners in the 2021 rookie wide receiver class. Lamar Jackson is going to enjoy Rashod Bateman as a dependable target for years to come.

Speed rules the day in the NFL now. We’ve seen a recent trend from the prototypical big alpha wideouts to the small, speedy weapons at the position. The NFL is starting to prioritize speed, so we in the fantasy industry need to as well. Waddle may have a few warts in his game, but there’s no denying his breakaway juice.

Waddle gained the reputation at Alabama as a big play waiting to happen because of his game-wrecking speed. He averaged 18.9 yards per reception throughout his career at Tuscaloosa. In his Junior year, Waddle averaged a career-high 21.1 yards per catch. Get the ball into Jaylen Waddle’s hands, and good things are going to happen. Because of his speed, Waddle is also an ace special teams player. He should contribute immediately for the Dolphins.

If the Dolphins can manage to manufacture touches for Waddle, he can do the rest with his natural abilities. Players with this kind of explosion don’t just grow on trees. He gets reunited with his former college quarterback Tua Tagovailoa, which may help ease the transition process at the next level. The Dolphins offense is finally looking exciting, and Jaylen Waddle’s high-end speed looks to be one of the main reasons why.