Kyle Pitts is primed to be a first round pick in dynasty leagues everywhere, but be careful when considering selecting him with a premier dynasty rookie draft pick 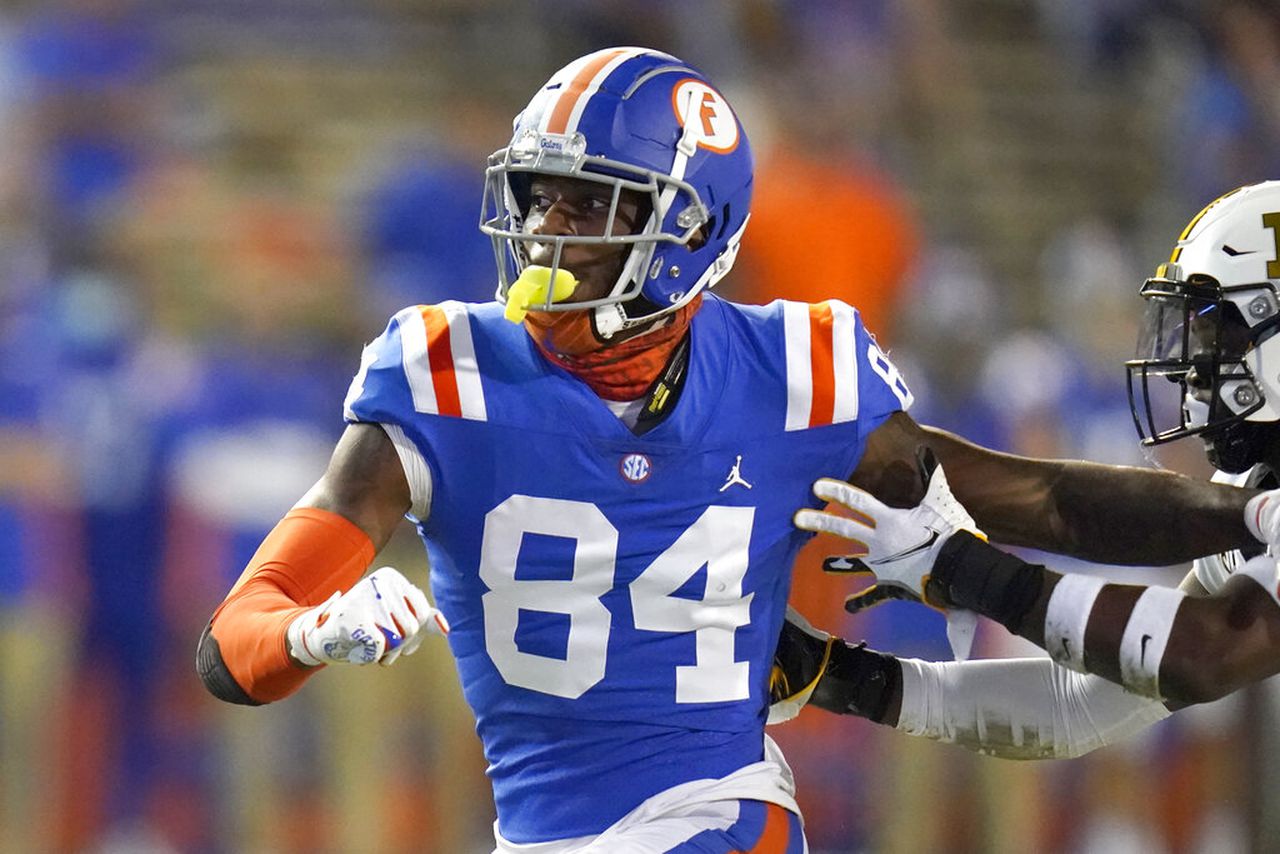 As NFL and rookie drafts draw near, it’s the time of year where consensus talent is starting to lock in. By this time of year, you know all the names sure to go high in your drafts. Najee Harris, Travis Etienne, and Ja’Marr Chase are three players likely to be off the board in your league by the tenth pick in the first round, whether you are a Superflex league or not.

One name that continues to get mocked high in this list is Florida tight end, Kyle Pitts. He has been mocked as a first-round player in both the NFL and rookie drafts. He’s an athletically gifted pass-catcher who excelled during his time in Gainesville. There is even talk of him being a top-five pick potentially. Atlanta is a common team he is mocked to.

Pitts is an exciting prospect with a great opportunity to pay dividends for owners. But we need to be aware that he plays the TE position, a volatile position in regards to value. Pitts’s value may never get higher than where it is right now.

Pitts is everything you should be looking for in a prospect for your dynasty teams:

At 6’6” and 245 pounds while still running a 4.44 40 at his Pro Day, Pitts is an athletic freak. He is in the 90th-plus percentile in TE college dominator rating, college yards per reception, and breakout age. You start to understand why pro scouts and dynasty owners are so excited about this guy.

PlayerProfiler gives the best comparable player to Pitts as Noah Fant (who’s best comparable is George Kittle). Fant was listed at 6’4” and 249 pounds and ran a 4.50 40 himself. His college dominator, yards per reception, and breakout age are all similar to Pitts as well.

Pitts checks all the boxes for an athlete you want to gamble on. As long as he keeps TE designation, he appears to have all the qualities for a player that could excel at the position. However, he is not the first highly touted TE to enter the NFL.

History of TEs Drafted in first round

Below is a chart listing all the first-round TEs with their point total (0.5 PPR format) for 2017 to 2020. Note the dotted lines that show the TE1, TE4, TE8, and TE12 point totals for that particular year:

The Elite Beyond Round One

Meanwhile, Travis Kelce (pick 63), Darren Waller (pick 204), Robert Tonyan (UDFA), George Kittle (pick 146), Zach Ertz (pick 35), and Rob Gronkowski (pick 42) all finished in the top three at TE from 2017 to 2020. These are the game-changing TEs regardless of format. Only two of them were taken before the third round in the NFL draft.

Pitts is not guaranteed to follow the same path as these other first-round TEs. It helps to show that being a first-round tight end does not have the hit rate you’d expect. Pitts would be the exception to the rule, even though the sample size is admittedly small. To put it bluntly: the TE position is a bit of a crapshoot. Where a TE is picked has not dictated success at a rate we often see in WRs and RBs.

This brings me to the overarching point of why over-drafting Pitts is a potentially big mistake. If he is not a top-four TE early and consistently in his career, his value is already the highest it will be in his career right now.

Let’s take a look at the trade calculator listed in the Dynasty Nerds DynastyGM tool:

As you can see here, Only T.J. Hockenson is currently valued in the tool above the fourth pick in the 2021 rookie draft. This after finishing as the TE4 in his sophomore season in the NFL. Fant, taken in the late first round of 2018 dynasty rookie drafts, has only retained his value of a first-round pick after two years in the league. Even though he has 1,235 yards and 6 touchdowns in those two seasons.

And this is only the perceived value of these players. Many owners are not willing to trade for the full value of a TE that isn’t finishing consistently in the top five of fantasy scoring. And for good reason.

The top-scoring TE is a premier position and a luxury for any owner, as we can see from this chart. If you have the top-scoring TE, you are averaging about five points a week more than the TE8. Five additional points in a matchup can very easily determine a win or a loss.

A top five TE gives owners a leg up on their competition, but only minimally. In fact, the TE4 in points per game only outscored the TE12 by an average of 2.65 points from 2017 to 2020. The average difference in scoring on the year is extremely marginal after the top tight ends. The difference between having the sixth best tight end and the twelfth best tight end is not really a factor in weekly matchups.

Let me be clear: I am smitten by Kyle Pitts as much as most dynasty owners. He is an athletic freak that appears to have all the gifts to become a great TE in the NFL. I would love to have him on my roster. The problem for me is that becoming a top two or three TE in dynasty football is anything but a science.

If, and it is enormous if, Kyle Pitts becomes the next Travis Kelce and is a top-three TE, he is absolutely worth the high first-round pick. But that is an enormous if. If Pitts ends up being an above-average or even good TE, you will never see the return in value. You would have wasted a top half of the first-round pick in your rookie draft.

Every pick has a chance to be a bust in your rookie drafts. There is no guarantee any player, no matter what the position, will be successful in the NFL. But in the case of a TE, success has a different scale. A ten-year starter that finishes as the TE8 every year would be a poor pick in the first round. A TE does not only have to avoid being a bust; he actually needs to be one of the best at his position consistently in his career to deem spending such high draft capital on them.

Is it worth drafting Pitts early?

For this reason, I am fully prepared not to have any shares of Kyle Pitts after all of my dynasty drafts. I am just not willing to spend the draft capital necessary to acquire him. You will likely need to pick him in the top five of 1QB leagues and the top eight of Superflex leagues. That is just too high for me with a strong 2021 class featuring a deep and talented WR group and three BRs that look poised to be year one starters. I feel much more comfortable selecting a talented QB, RB, or WR with any early or mid-first-round rookie pick.

If you believe that Pitts really is the next consistent TE1 in dynasty football he is worth the draft capital. If you are right, you are getting a steal. But if you think that the TE position is just a little too hard to predict and not that advantageous unless you get a top-three player, you may want to let someone else in your league reach in the draft.

Cornerstone: Is A.J. Brown a must have for 2021 Fantasy Football
Five Guys: Tight Ends with the Most Riding on Draft Day