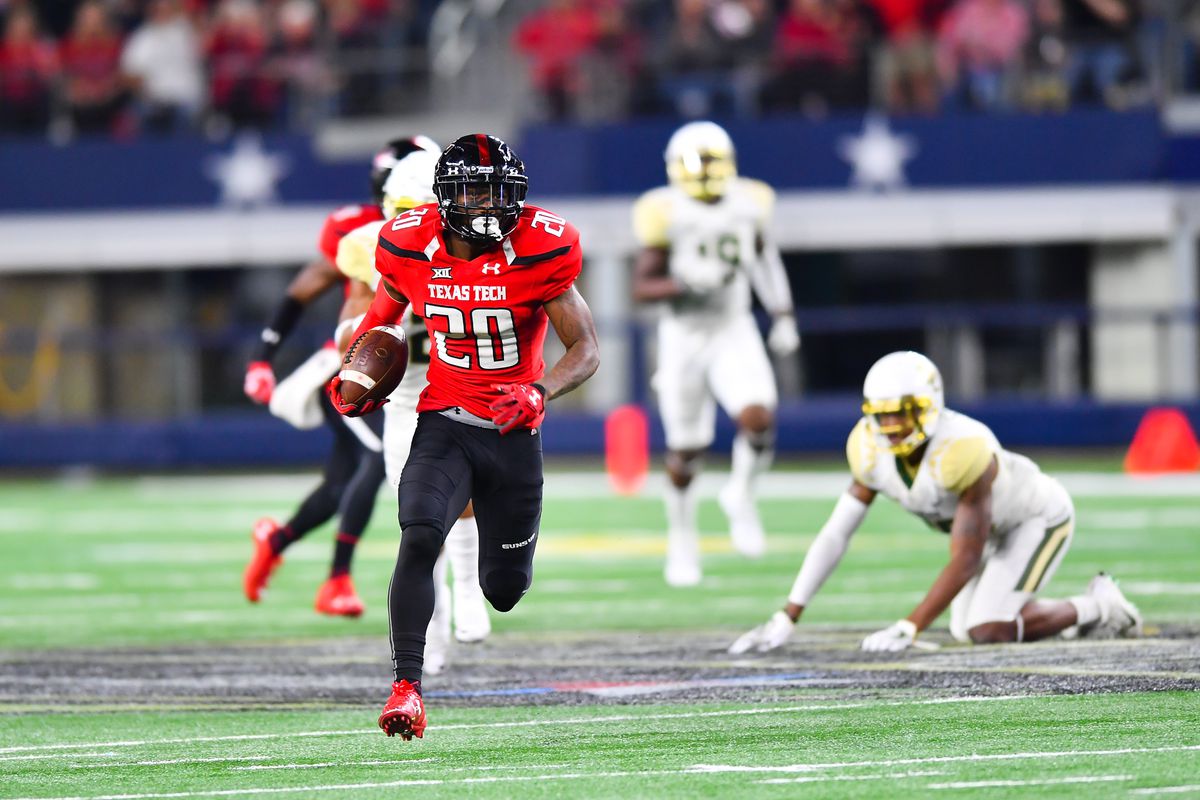 Key’Vantanie Coutee will look to follow in the footsteps of Wes Welker and Michael Crabtree to be the next best Texas Tech WR to transition to the NFL. The second-team All-Big 12 Wide Receiver in 2017, ranked 4th in college football with 1,429 receiving yards on 93 catches (6th in college football) with 10 touchdowns.

Coutee’s undeniable strength is his speed. The guy’s ability to break away is elite. I certainly expect him to run the 40-yard dash in the low 4.3s or even high 4.2s at the combine. Offenses love a guy who can take a top off a defense and force them to leave coverage deep. Not only can he punish teams deep down the field, but he can do damage out of the slot. He’s able to gain separation so quickly in tight coverage which led to him leading the nation with TDs from the slot (7) in 2017.

The 4-star recruit out of high school has decided to forgo his Senior season after 2 pretty good seasons in his sophomore and junior years. His stats don’t blow you away, but in a WR class that lacks many studs and a relatively equal playing field, a strong combine can do a world of good. His Red Raiders stats can be seen below:

My concerns with Keke will be quite obvious when you look at his tape. Despite his elite speed, he is strikingly thin and lean. I feel as though my quad could have a larger circumference than his waist. It’s therefore fair to wonder how he’d hold up with some heavy-duty hits. Additionally, we are seeing a large number of big, physical corners, such as Jalen Ramsey. Those sorts of builds can probably have their way with a slender guy like Coutee.

There are also question marks about whether or not he was “just a scheme fit”. Texas Tech utilized a wide-open offense with a high propensity to drive the ball deep, perhaps inflating offensive stats. It’s easy for a speedy wide-out to thrive in a system with the likes of Pat Mahomes chucking bombs. His routes aren’t refined, and his tree is quite limited. It’s therefore not unreasonable to wonder if he could be a streaky downfield option that breaks off big plays occasionally in fantasy, but also goes missing for extended periods.

He reminds me so much of John Brown. From an upside perspective, there’s no reason why he can’t be a WR2, producing 1,000+ yards and 7 TDs like John Brown did in 2015. The other side of the coin is a complete lack of production similar to what we’ve seen from John Ross in 2017. At the very least, he should give us some excitement on March 3rd when then WR group sprints 40 yards in Lucas Oil Stadium.