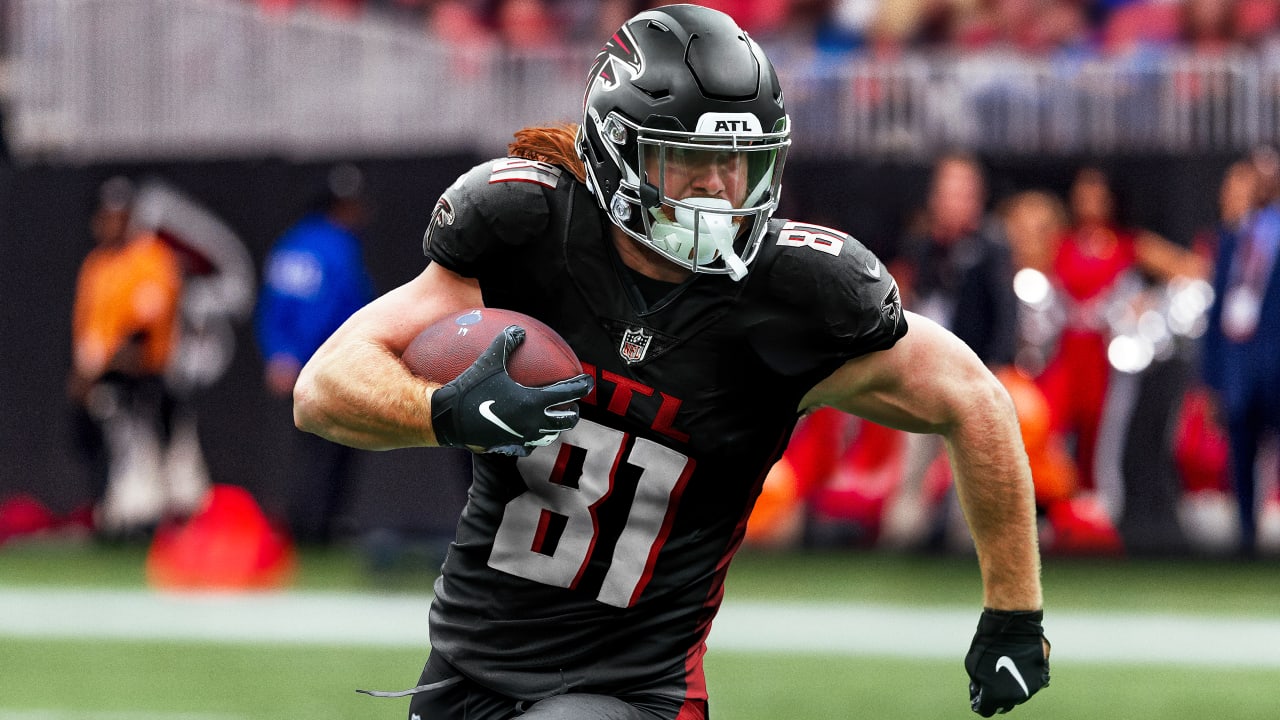 To finish the 2019 season, we found massive success in digging up the weeks that players broke out onto the scene. We got three straight weeks of double touchdown games from DeVante Parker, AJ Brown, and finally Chris Conley. These boom plays are found by studying all types of matchups, opportunity, explosiveness, and more. And to start the 2020 season, here are the players that will boom in week 1…

The Falcons quietly paid a hefty price to bring in the talented former first-rounder. Hayden Hurst now steps into a significant role out of the gate against a poor opposing defense. Seattle’s weakness that plagued them last season was defending the Tight End. Ranking 31st, only ahead of the historically bad Cardinals, Seattle was constantly targeted across the middle. We know the Falcons pestered Austin Hooper down the middle all season. With Hooper’s 18% target share out the door, all the tight end targets fall to their new weapon. Hurst is currently ranked 16th in Dynasty and is coming into his first big opportunity. However, once he’s unleashed on Sunday, heads might begin to turn.

Tonight, football is back. But DeAndre Hopkins is not. DeShaun Watson will have to rely on Will Fuller more than ever. With a new and injured Brandin Cooks and new arrival Randall Cobb, there is not much familiarity around Houston. Fuller and Watson have always had incredible chemistry when healthy. A shootout is destined to happen with the game being week one’s highest point total at 55. With owning a 30% market share of air yards, this is music to the ears of Will Fuller truthers. A ranking of WR37 to start the year is way too low for a player with Fuller’s upside and talent. Count on Watson feeding him early and often as they try to keep up with Mahomes and the Chiefs.

After nearly a whole year off, Cam Newton makes his Patriots debut against Miami. Last season, the Dolphins ranked dead last in the NFL in Passing DVOA and 2nd to last in points per game allowed to quarterbacks. Cam has something to prove and a huge chip on his shoulder in week 1. Be prepared for him to take out his anger and punish this unmatched secondary. Every report from camp has been very positive regarding Newton’s offseason. Whether it’s his health, work ethic, or leadership, Cam Newton is ready.

The classic boom-bust player, DeSean Jackson. The 33-year-old is back from the IR after a core injury suffered last November. Jackson is primed to have a huge first game back on the Eagles for a multitude of reasons.

First, Alshon Jeffery and first-round pick Jalen Reagor are both sidelined for week 1. Second, the Redskins secondary is still a disaster. We picked on Ronald Darby all year last season. Now Fabian Moreau and Darby will be tasked with slowing DeSean Jackson down with little success in the past. Washington was 25th in explosive pass plays allowed and 21st in points to opposing wideouts. Although the Eagles are seen as heavy favorites, I predict more of a passing attack in game one. The Redskins have a very strong front seven, and Miles Sanders will not be given a full workload to start the year. Carson Wentz will have to lean heavily on Jackson and his Tight Ends to start the season off strong.

Yes, Jacksonville’s backfield is a mess. But I believe we can pick out one to be confident in to start the season. Thompson is the only veteran of the group, a proven pass catcher, and is trending way up in camp. We need to view Thompson as a receiver over a ball carrier. Indianapolis had the fifth-best rushing defense in the league last season. However, the Colts ranked 32nd in receptions to running backs. Sunday will come around, and the Jaguars may be down by twenty points, but that just means Chris Thompson will be racking in PPR points all day.

Have you tried the new DynastyGM tool? For just $2.99/month you can see how your team stacks against your leaguemates, see who would be a good trade partner, and much more. The DynastyGM integrates with My Fantasy LEasgue, Sleeper, and Fleaflicker for easy uploading.

Scouting a Wide Receiver with Some Experts
Draft regrets: How to overcome taking a QB too early