The fantasy playoff are among us! This is the last week for the fantasy regular season and to make that push whether it be for a spot in the playoffs, the #1 seed, or just a first-round bye. Let @ejh1528IDP check out the waiver wire for Week 13. 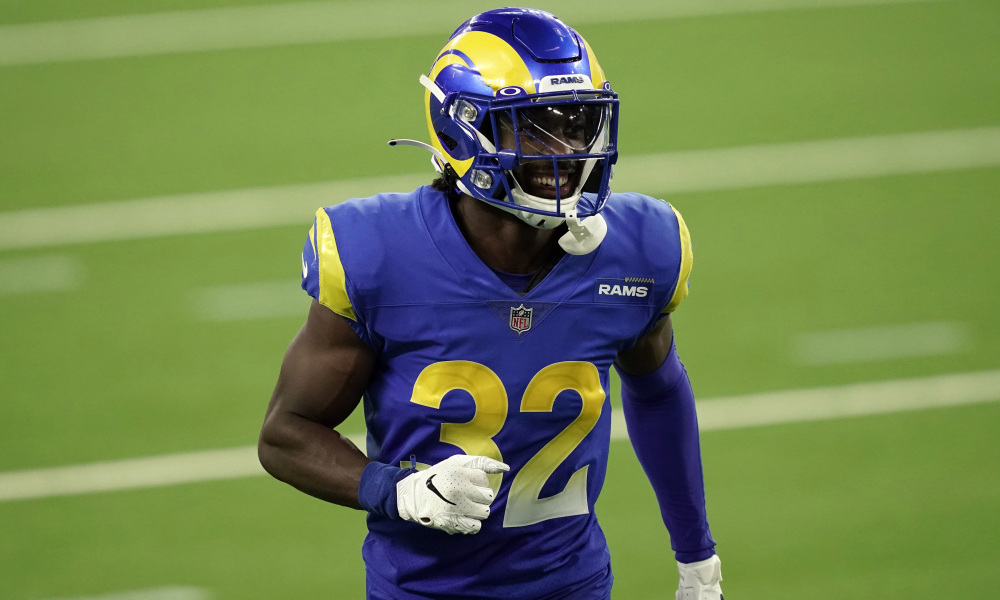 The fantasy playoff are among us! This is the last week in the fantasy regular season, and to make that push, whether it be for a spot in the playoffs, the #1 seed, or just a first-round bye. The Panthers and the Buccaneers are off this week, meaning players such as Shaq Thompson, Brian Burns, Devin White, Jeremy Chinn, and Lavonte David are off this week, putting your IDP side at risk. Let us check out the waiver wire for Week 13.

He has played anywhere from 70-100% of the snaps this season for the Patriots. Adrian Phillips has been consistent all season. Phillips has scored over ten fantasy points in seven of the 11 games this year and averaging just under 11 fantasy points per game this season. He is eighth among safeties in league with 72 tackles on the season. Phillips also has two interceptions and three pass deflections on the season. He could be a good waiver wire pick-up this week with Jeremy Chinn on a bye.

Jordan Fuller started the year as the starter for the Rams at strong safety. Taylor Rapp came back into the starting lineup, and then Fuller got injured. Rapp stepped back in and played well. However, Rapp then got hurt, and Fuller stepped back in and has played very well, getting the starting gig back. Fuller has played 100% of the snaps over the past two weeks and has three interceptions over that same span. He also has eight tackles and three pass deflections over that same span. Fuller is a guy that can help win championships. Rapp is out for the year, so Fuller should be able to maintain solid production.

If you are in a league where you need to start a cornerback, then Quandre Diggs is your man. He has been playing free safety for the Seahawks and has played almost every defensive snap for them. Diggs has both cornerback and safety eligibility on Fantrax, so he gets the safety points in your cornerback slot. He isn’t busting the stat sheet, but he is capable of putting up those big weeks. Diggs did snag his third interception last night against the Eagles. Both Buccaneers cornerbacks are on a bye this week. Diggs might be able to fill that role off the waiver wire.

At the beginning of the season, Ja’Whaun Bentley was a guy many people were looking at as a draft-day steal. In the first four games of the season, Bentley couldn’t score over 8.5 fantasy points in any of those games. However, over the past five games, Bentley has averaged 13.2 fantasy points per game with a high game of 22 points. In those games, he snagged over 12 tackles in two of them. He may have left a sour taste after the first few weeks, but he is coming in hot, just in time for the fantasy playoffs.

Let’s go back to the cornerback situation for the last guy this week. Trayvon Mullen is a top 20 fantasy cornerback and is only 17% owned. He is tied for fifth in the league with 11 pass deflections and is in the top 20 in tackles at the cornerback position. Mullen has been getting over 75% of the snaps in every game this season and is showing it. The Raiders play the Jets this week and will be a good waiver wire pick-up!