With Week 2 now in the books, and some significant injuries on the defensive side of the ball, let’s go over some IDP assets you should be targeting in your leagues! 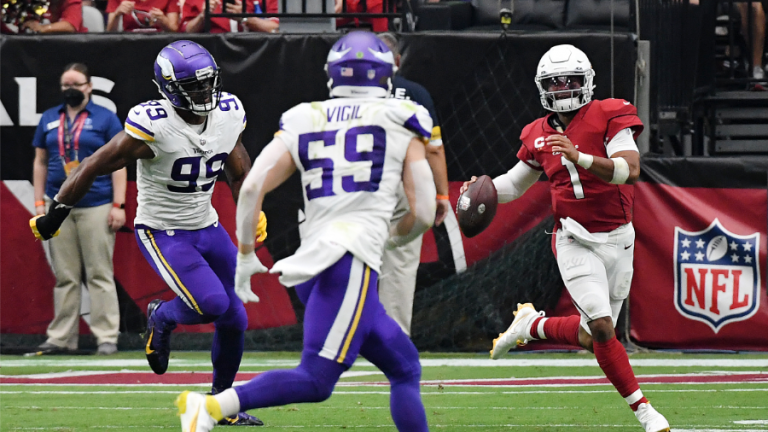 With Week 2 now in the books and some significant injuries on the defensive side of the ball, let’s go over some IDP assets you should be targeting in your leagues!

Vigil got the start again this week for the injured Anthony Barr. Last week I had him as an honorable mention, but I couldn’t do that to him again this week after another stellar performance. He returned a huge pick-six and had respectable tackle numbers yet again. If Barr continues to be sidelined, Vigil is a must-add and start!

It’s “next man up” time in Denver. Josey Jewell tore a pectoral muscle and is out for the season. A 2020 5th round pick, Strnad stepped for the injured Jewell and turned in a humble 10 points. Strnad performed well in camp and preseason. Look for him to make the most of this opportunity, as Baron Browning is breathing down his neck.

Anthony Walker went on IR this week with a hamstring injury. I’m assuming most people thought that Jeremiah Onwusu-Koramoah (JOK) would take over as the team’s 3-down linebacker. The Browns coaching staff must not have thought he was ready because veteran LB Malcolm Smith got the start and performed well in Walker’s stead. He had 10 combined tackles and a pick that helped his team beat the Texans. Smith will be a solid flex option while Walker is out for at least the next two weeks.

Every CEH owner and KC fan is frustrated with his late-game fumble, but do you know who caused that fumble? Rookie 1st rounder Jayson Oweh. Oweh has now turned in two solid performances for the Ravens. He notched a sack in week 1, and now a forced fumble in Week 2. Oweh seems to have an ability to make his presence known. He was also on the field for 75% of the Ravens defensive snaps in week 2 (56% in Week 1), which is more than adequate to give him consideration as a DL on your roster. His tackle numbers could be a little higher, but that’s true for most pass rushers.

Every year, a handful of cornerbacks make a name for themselves as a weekly fantasy starter. It’s looking like Taron Johnson, who put up respectable numbers in 2020 (~14 PPG), will be one of those players this year. After putting up 20 points in Week 1, he put up 25 this week by scoring in almost every IDP scoring category (no INT this week). Johnson has some enticing matchups in the coming weeks (WFT, HOU, @KC) and could continue his fantasy relevance throughout the season.

Grant Delpit was a highly anticipated rookie drafted in 2020, but an injury in camp delayed his NFL debut. He didn’t manage to play last week but was able to see some respectable playing time in Week 2 (46% snap share). Despite a less than ideal snap share, Delpit could still put in a solid performance and give his coaching staff something to consider moving forward. Hopefully, you kept Delpit on your IR/Taxi last year and didn’t cut him like I did (SILLY BAUMER). If he is available in your league, he’s definitely worth adding to your bench now while you can. I imagine Ronnie Harrison is feeling pretty nervous about his playing time right about now.

I didn’t really want to put Wingard in this article, but our very own Jon Glosser (@Glosser13) mentioned we should list him despite “being terrible at football.” He’s one of those guys who could be a desperation play during a bye week. He’s getting decent playing time and putting up decent numbers.

Thanks for reading! Let me know if you think I missed anyone! Follow me on Twitter @IDP_Baumer for more IDP content, or me putting my foot in my mouth.