So with all these injuries, who are some guys on the waiver wire that can help you out while your studs are resting up. 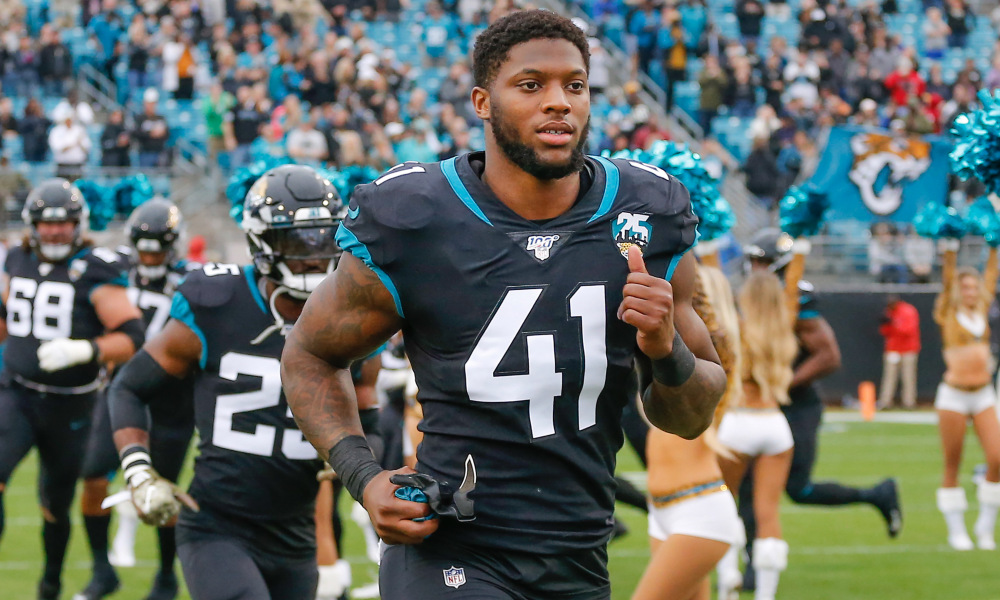 Two weeks into the NFL fantasy season, and things are crazy! First, Derwin James goes down, Danielle Hunter starts the season on injured reserve, and Nick Bosa tears his ACL. However, on kick side, Jamal Adams is balling out (like we thought he wouldn’t, HA!), Chase Young is off to a great start, and even Marcus Maye had a fantastic start to the season. So with all these injuries, who are some guys on the waiver wire that can help you out while your studs are resting up. With these articles, I will be looking at players that are less than 50% owned. So it may be digging deep in some leagues and other not so much.

As the season began, we weren’t exactly sure how the Rams linebacker situation would play out. In week one, Kiser finished with seven tackles and a pass deflection, good enough for 14.5 points for the week. Kiser played all 100% of the snaps. Week two was much better. He finished with 16 tackles, a forced fumble, and a pass deflection, which was good enough for 23.5 pts for the week. For the second week in the row, Kiser ended up playing all defensive snaps.

As the season began, there were rumblings of Chaisson taking over the role from Yannick Ngakoue. Well, that didn’t finally happen until right before the season started. Chaisson ended up playing 62% of the snaps in week one while finishing the game with just two tackles. However, week two, he finished also finished with two tackles but also had a sack. Chaisson played only played 29% of the snaps in week two. He’s probably a deeper add, but at least somebody to keep an eye on.

With the loss of Jamal Adams, the Jets’ defense has been garbage. They really might be tanking for Trevor. However, it has been good to give some of these other guys a shot. As I mentioned before, Maye had a great week, one as did Poole. He finished the week with nine tackles, a sack, and a pass deflection while playing 99% of the snaps on defense, racking up 21.25 pts His week two was a bit quieter. Poole had six tackles and a pass deflection, finishing with 15 pts while playing on 59% of the snaps this past week. He is worth the look, especially in a league where you have to start a cornerback.

All offseason, the Cowboys need a safety, yes they still need one, but Xavier Woods has been solid so far this year. In week one, he played all defensive snaps and finished with nine tackles for 10.5 pts. Week two was the same snap count wise. Woods finished with six tackles for 9.5 pts. He should keep giving you consistent weeks if you are looking for safety in a deep league. He isn’t the sexiest of players but should be sufficient for a fill-in.

Justin Reid is one of the more owned safeties this year, but still @ only 45% owned, he always could be out there if you are looking for a safe replacement. Week one against the Chiefs, Reid finished with five tackles and a pass deflection, playing all 100% of the snaps. Week two against the Ravens was much better for him. Reid had ten tackles, good enough for 13 pts again playing 98% of the snaps.