We’re now entering the chunk of the season when you’ll be scrambling for players because you didn’t take into account bye weeks when building your team. Let’s look at some solid options to fill the gaps on your IDP rosters! 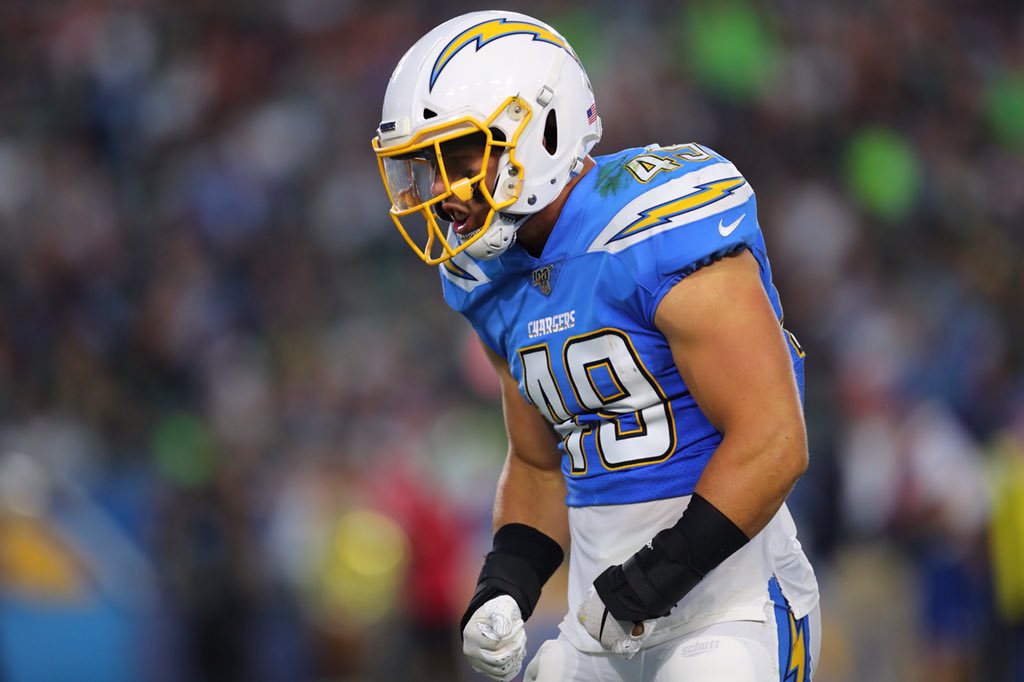 Jon Glosser covered for me last week… let’s see how his waiver adds faired this past week.

Unlike the Williams Brothers last week, White and Tranquill play the same position. They’ve both been filling in for the injured Kenneth Murray and are both getting roughly 70-75% of the snap share over the past two weeks. You probably added Drue Tranquill when the Murray news broke, but neither he nor White did much last week. This week was a little different. Tranquill had double-digit tackles, including a special teams tackle, while White had a quiet 5 solos.

Drue is the guy you want here. He’s been wanting to bounce back after missing most of last year, and now is his time.

The only reason why I think White is still worth sincere consideration is that he can flash on any given week. If Drue already got picked up, then target White. It might end up with him being the more valuable IDP at the end of the season.

Father Time? Everson Griffen says, “Who’s that?” In his 12th season, Griffen is showing that he still has a lot in the tank. After a middling season in Detroit last year, he was brought back to the Twin Cities for what most thought was a polite gesture to a fan favorite. We were told he would rotate behind second-year DE D.J. Wonnum, but we’ve seen his snaps decline and Griffen’s increase. Griffen has had at least one sack in the last three weeks. You could do a lot worse as a bye week filler on a team needing to keep their path to a championship alive!

After a few weeks of wondering who would fill Kwon Alexander’s shoes next to Demario Davis, Saints fans finally have their answer. For a couple of weeks, it looked like Zach Baun’s job to lose, and lose it he did. Rookie Pete Werner dealt with a minor injury to begin the season but came in vs. the Patriots and rotated with Baun. The following two weeks, Werner saw his snaps increase, and with that came some convincing numbers. In week 4, with only 63% snap share, Werner hit double-digit tackle numbers. He followed that up this week with 13 combined tackles on a 99% snap share. It’s clear who the Saints trust to play alongside Davis. Baun will have to be content with special team’s duty until another opportunity arises.

Grab Werner now, or promote him from your taxi. He’s the real deal! Added bonus… he’s a Buckeye too!

Ok… I know… Averett is a terrible corner. That said, QBs pick on him a lot! The Ravens play the Chargers in week 6, and we’ve all seen the Charger’s air attack is one of the best in the league right now. Herbert is going to pick on Averett all game… BUT Herbert is still a young pup. He’s bound to still make mistakes. This could open up an opportunity for Averett to make a play. Even if he doesn’t, I still see Averett’s tackle floor being decently high enough to roll with him as a streaming DB option if you’re desperate.