Ready for Week 8 and a championship run? @ejh1528 will help you get ready with some top IDP waiver wire adds! 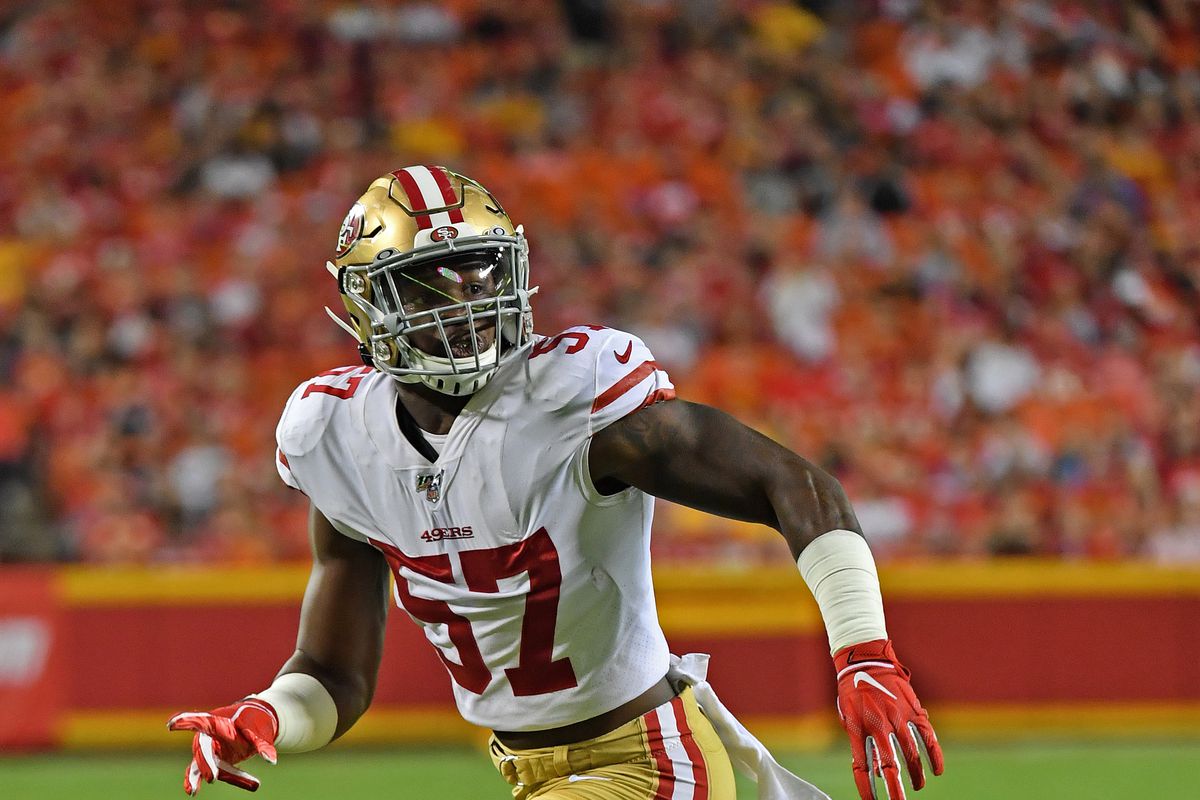 We are almost halfway through this season, and now is the time teams start separating away from the pack, either to the top or to the bottom of the barrel. Not that it doesn’t matter in the first half of the season, but scouring the waiver wire becomes that much more important the second half of the season. Some guys get hot at the right time and can be a huge impact on the rest of your season. Let’s dig into the waiver wire and see what’s out there for the picking!

Starting the season, Uchenna Nwosu was strictly an outside linebacker. He is now playing defensive end and will have both DL and LB eligibility here soon. Melvin Ingram III is back, but the way Nwosu has been playing, he should still get some valuable playing time. He has seen his snaps go down since the beginning of the year, but he has recorded 9.5, 9, and 11.5 points over the past three games and has had a sack in the last two games. If you have room on your bench, snag him off the waiver wire.

After getting injured week one against the Cardinals, Dre Greenlaw came back three ago and has been a steady point getting over those same weeks. Greenlaw has 19 tackles and a sack, good enough for 28 fantasy points over those games. In week six against the Rams, Greenlaw ended up playing every defensive snap. In week seven, he only played just under 77% of the snaps for the defense. This could be because the 49ers took the Patriots out this week. Nonetheless, if he’s available, snag him now of the waiver wire!

The Packers linebacking core has been a revolving door since Blake Martinez left this offseason. Fortunately, they have had some no-name guys step up and have that next-man-up mentality. In the case of Krys Barnes, he has scored 12 and 12.5 fantasy points over the past two weeks and getting his first sack this week against the Texans. Barnes also set a career-high in tackles the week before, with 10. He has finished with six-plus tackles over the past four weeks. As long as he can show he can produce, he should stay on the field.

If you are in a league where you have to use a cornerback, Jalen Mills has dual eligibility at safety and cornerback. The Eagles defense has struggled this year, and Mills has been cleaning up. While he isn’t stuffing the stat sheet, he still is consistent and will get you points. On the year, Mills has 35 tackles, one sack, and one interception. If you need a tackle guy, he’s your pick off the waiver wire.

Over the past three weeks, Malik Reed has filled in nicely for the injured Jeremiah Attaochu. Reed has posted 15 tackles and four sacks (all four came over the past two weeks) over those three weeks. Unfortunately, Reed might be relegated back to the bench once Attaochu comes back from injury. If he can keep playing this way, though, the Broncos might have to get him on the field more often the second half of the season. From weeks 1-3, Reed playing approximately 45% of the defensive snaps. Since getting the starting nod, Reed has played over 80% of the snaps for the Broncos. Play the hot hand and pick him up off the waiver wire.

Lawrence Guy isn’t flashy, but he will get the job done. Guy will play around 65-70% of the defensive snaps for the Patriots. But he will average between 6-8 fpg and is a goodbye week/injury fill-in. With players like J.J. Watt, Chase Young, Montez Sweat on byes this week, Guy could be the guy to fill in and rack up some against the Bills.

There was a point when players like Patrick Peterson didn’t belong on fantasy rosters because of how good they were in real life. Well, with a combo of Peterson getting older and the use of pass deflections in scoring, Peterson has become relevant. He has scored over 10 fpg in three of the past four games. Over those four games, Peterson has accumulated 20 tackles, two interceptions, and three pass deflections. He is on a bye this week, but you may be able to get him cheaper than if he was playing this upcoming week.