We’re halfway to the finish line! Some big moves and trends happened this week. Keep reading to see who to add in Week 9! 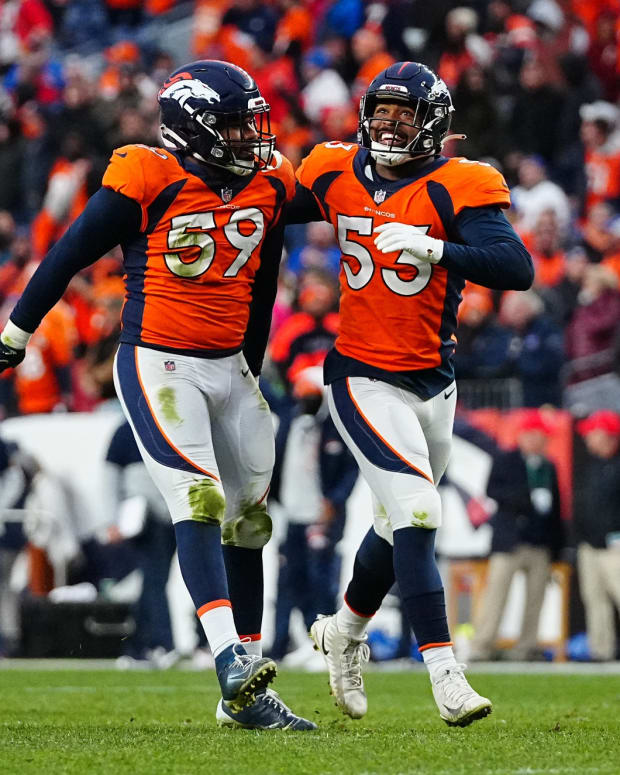 Kenny Young – Baron Browning played the majority of snaps at ILB last week (See below). Kenny only played 59% with 4 total tackles (5 points). Browning and Young look to be the ILBs in Denver moving forward.

Ashtyn Davis – Played 98% of snaps, but had a quiet game in the stats column in a surprise upset of the Bengals.

Malik Reed showed up on Sunday to wreak havoc in the Washington backfield. He’s been playing well in Bradley Chubb’s absence, but is a bit of a boom/bust streaming option. Denver has Dallas this week, and I would fire Reed up if Dallas has to go with Cooper Rush again.

As a Broncos fan, I was deeply saddened to hear that Von Miller was being traded to the Rams. However, this leaves room for rookie pass rusher Jonathan Cooper to step up as a starter for the remainder of the season. In most leagues I’m in, he went undrafted. I added him to my taxi as a flier because I’m a Broncos and Buckeyes fan. We’ll see if it pans out.

Filling in for Von Miller since Week 7, Cooper played 56% and 76% of snaps respectively. He’s yet to register a sack, but is getting pressures. There aren’t really any other options to play alongside Malik Reed at the moment, so imagine he’ll keep playing.

With Eric Wilson being a healthy scratch, and Alex Singleton being relegated to special teams duty, it’s clear that Philly wants to see if new starting LBs will help the team be more successful (see article mentioned in tweet below). If you’ve been paying attention, the Eagle’s LB situation has been a topic of conversation since the preseason. Singleton and Wilson were both named starters, but as the season progressed, they both saw their playing time decrease, and Edward’s and Taylor’s time increase.

In this past week’s annihilation of the Lions, TJ Edwards played an excellent game, and racked up a ton of points. He’s the more experienced player, so I think I would count on him more moving forward.

That being said, 2nd year LB Davion Taylor is right there, and has potential.

I would grab Edwards and start him if you were relying on either Singleton or Wilson, and stash Taylor in deeper leagues to see if he develops.

A surprise to many fans, Monty Rice got the start over veteran Rashaan Evans on Sunday after picking up an ankle injury in practice earlier in the week. If you’ll remember my article from before the season, I mentioned Monty as potential IDP sleeper for 2021. The former 2020 Butkus Award finalist just needed to wait in the wings for his opportunity. He made the most of it on Sunday, making key plays to help his team edge out a victory over their division rival.

Rice showed he can be a valuable asset to his team, and can see his playing time increase from here.