Nine weeks down and four to go until the playoffs. Dig deep into the waiver wire this week with @ejh1528IDP. 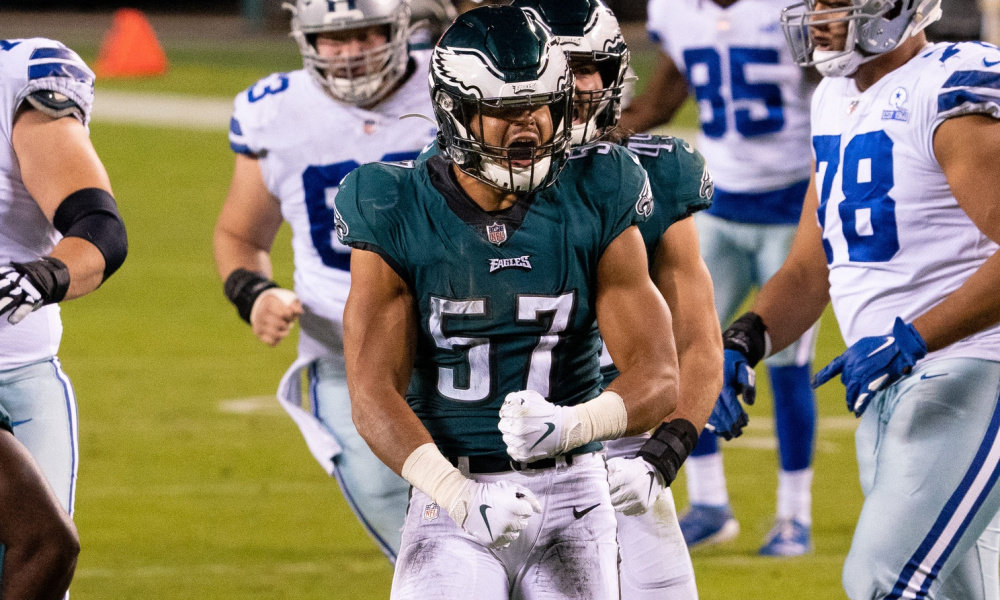 Another week down and another week closer to the playoffs. We are four weeks until playoffs start, and it’s now or never. Let’s dig deep and see what the waiver wire has to hold this week.

He may not be the sexiest of the waiver wire pickups this week, but he will fill-in for bye weeks/COVID. Kyle Van Noy and the Dolphins defense has been playing better lately, and Van Noy, after a hot start, is getting back into the groove. He has three pass deflections over the past two weeks, and he’s had seven quarterback hurries on the season, which shows he can get to the quarterback. If you are in a pinch this coming week, there are worse options than Van Noy on the waiver wire.

In the first four weeks of the season, T.J. Edwards only played over 70% of the snaps once, and then he got hurt. However, he returned in week eight against the Cowboys, played 78% of the snaps, and got the start at inside linebacker. He took advantage of his role and racked up 13 tackles, a sack, and a quarterback hurry. He should start inside again this week against the Giants, who have a tough time with their offensive line.

In the first four weeks of the season, Jordan Whitehead played pretty good ball and played 100% of the defensive snaps in four of the first five games. Over the past two weeks, though, Whitehead has 15 tackles, two stuffs, and one hurry. This upcoming week they have the Panthers, who may not have Christian McCaffrey this week due to a shoulder injury sustained last week. Whitehead could be a sneaky pick up off the waiver wire with the Jets, Falcons, Cowboys, and Chiefs off this week.

Adrian Amos had a quiet game last week against the 49ers. However, the two weeks before that, Amos put up 14.5 fantasy points in each of those games. On the season, Amos has played 100% of the snaps in every game except for two (Week 2, 91.5% – Week 9, 82.1%). He has the opportunity to rack up the points with the Packers’ linebacking core struggling with injuries.

This could be one of the sneakier pickups on the waiver wire this week. The NFL always says ‘next man up’ well, that is this situation. Landon Collins tore his Achilles tendon two weeks ago, in steps Kamren Curl. Curl played pretty well this past week against the Giants, where he recorded 11 tackles and a sack. He should continue to fill in for Collins as the season progresses. Curl could be one of those league winning players on the IDP side of things.