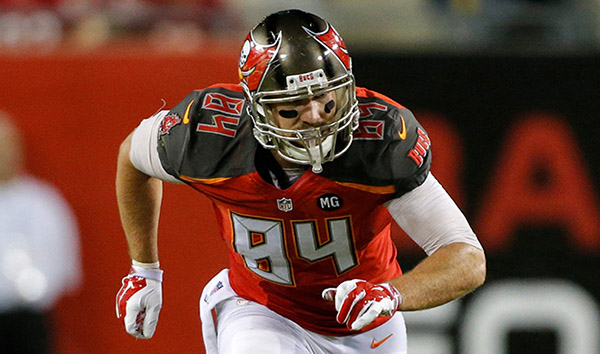 If you heard a strange slapping noise around midday last Monday, it might have been generated by the collective facepalm of everyone who spent a 1st round pick on OJ Howard last year.  When the news came down that Cameron Brate had been (re)signed by the Bucs to a 6-year, $41 million contract with $18 million in guarantees, the reaction was swift and strong that Howard’s value had just taken a big hit.  Panic-selling and anti-Howard message board punditry ensued.  Why would Tampa invest that sort of contract in Brate unless Howard is not all that he was cracked up to be?  Now, a week on, let’s take a closer look at this signing and see if we can’t figure out what it all means.

First, it’s important to understand the parameters of Brate’s contract.  The following breakdown comes from www.overthecap.com:

What jumps out immediately is that this can be, effectively, a 1-year contract.  There’s no guaranteed money beyond the first year.  But wait, we heard there were $18 million in guarantees, not $7 million.  So what gives?  According to the verbiage on overthecap.com , the remaining $11 million is only guaranteed “for injury”.  The $7 million he is due in 2019 becomes fully guaranteed if he is on the roster 5 days into the new league year (i.e. after the next free agency flurry).  Likewise, $4 million of his 2020 salary fully guarantees if the same condition is met in that season.  However, the Bucs can cut loose of this contract, with no penalty, after 2018 provided Brate is not injured.

Now understanding the particulars of the contract, I’m far less inclined to see it as an indictment against Howard.  TEs take time to develop.  It would not at all have been surprising if Tampa had brought in a veteran presence for 2018 to act as a bridge to Howard taking over the full-time job sometime in 2019 or 2020, and such a move likely would not have changed Howard’s dynasty value in any significant way.  Given that this contract can be treated in the same manner, it shouldn’t change Howard’s value significantly either.

So what does that mean for 2018?  Anyone expecting Howard to evolve into a reliable fantasy starter in 2018 was already being optimistic.  Those folks need to make other plans now.  He may be startable from time to time (Tampa runs an awful lot of 2-TE sets, top 5 in the league over the past 2 seasons).  However, the smart money is on Brate being the more productive player in 2018.  Jameis Winston loves throwing to him.  If you take out the games in 2017 when Winston was injured, Brate put up 11.28 PPR pts per game, which is good for TE5.  That should continue, though it stands to reason that Howard may eat into his workload more this year than last.  Regardless, I don’t see the Brate contract as a giant threat to Howard’s future.  It’s a bridge to Howard’s future and an insurance policy in case he busts, something we all should have seen coming.  If someone is selling Howard low in your league, you should consider picking him up.