Breaking down the Implications of the Julio Jones trade

Has the trading of a superstar ever meant so little for fantasy? Justin Lad takes a look at the implications of the Julio Jones trade. 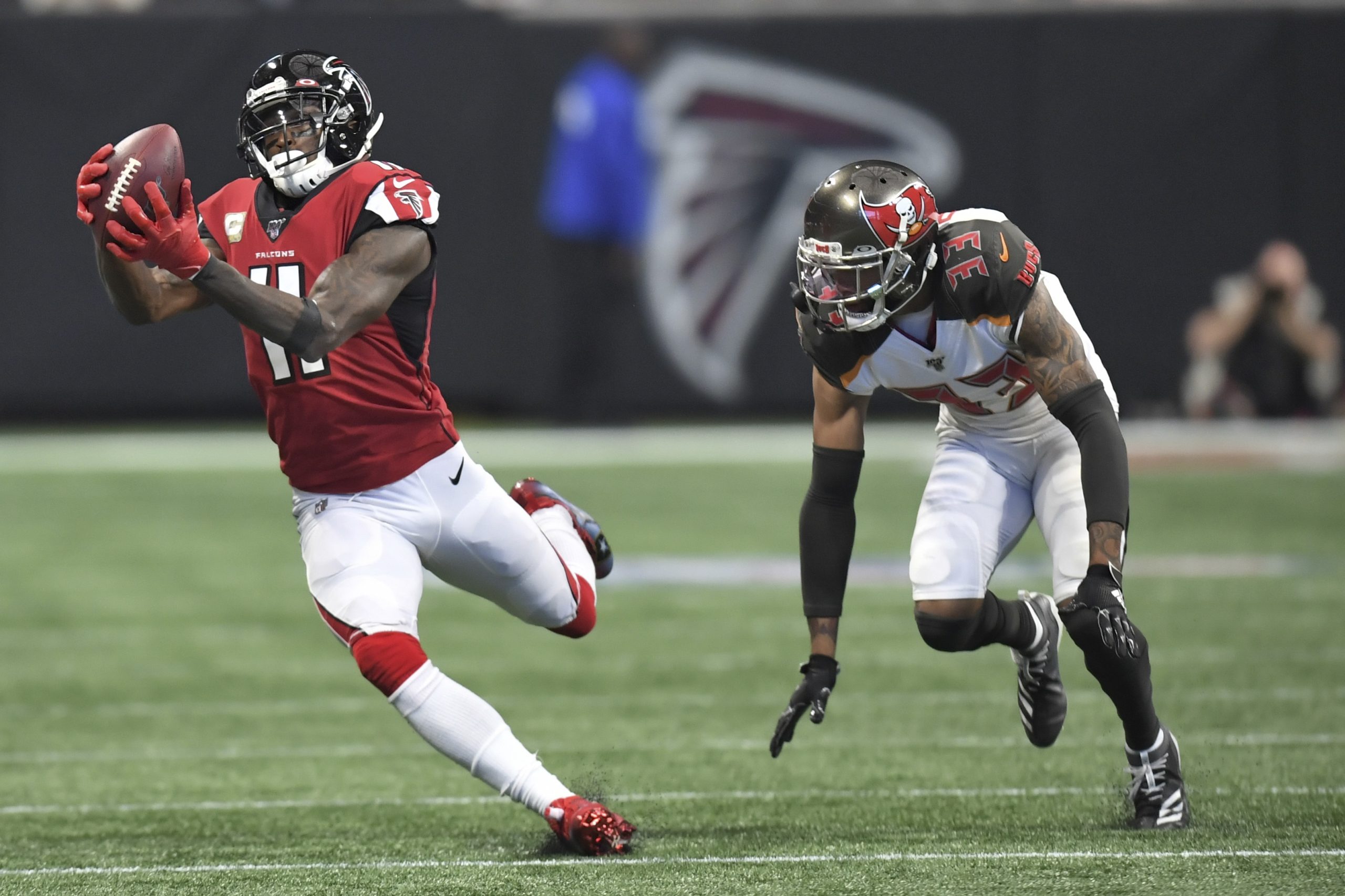 After waiting all spring, and summer the perennial wide receiver #1 of fantasy the last ten years was finally dealt to the Tennessee Titans. Julio Jones was dealt today along with a 2023 6th round pick in exchange for a 2022 2nd round pick and a 2023 4th round pick. Now that the deal is official, I wanted to take a deeper dive and highlight the fantasy impact of this move for all parties.

As if Pitts stock couldn’t get any higher this offseason, he is one of the biggest winners today. Julio Jones’s departure opens up roughly 7.5 targets per game, or 128 targets in 2021 for other Falcons pass catchers. These vacated targets also don’t account for the additional 88 targets from Hayden Hurst last season.

Seeing as how the Falcons gave up roughly 26 points per game last season and added only one defensive player in the top 100 picks of the NFL draft, I don’t expect much improvement. Expect Pitts to be heavily involved in an offense that will need to score more than average.

A modest buy for many in dynasty is now looking like a failed investment. While you’re likely only out a third-round pick, it is unlikely to yield any results. Last season, the third wide receiver in terms of targets was Adam Humphries, who only garnered 35 targets in 7 games or roughly 80 over the season. I don’t expect that number to go up with the addition of Julio, who has averaged ten targets per game the last three seasons.

Many are concerned about Derrick Henry losing a sizeable amount of carries now that Julio Jones is coming to town. Considering Henry carried the ball 378 times last season, there was no denying he was going to see a reduced workload. However, seeing a reduced workload will not be as big of a problem considering defenses won’t be able to sell out for the run.

If Henry sees a reduction to 303 carries as we saw in 2019, I have no doubt he could put up another season over 1,500 yards and 16 touchdowns. Considering Corey Davis hadn’t broken out yet in 2019, it is fair to argue that this receiving duo can only increase Henry’s yards per carry from 2019, which was impressive at 5.1 YPC.

In terms of real life, his stock is probably up, as I can’t imagine they’ll be able to acquire a new tight end with Julio’s cap hit. We care about his fantasy outlook, and I can’t imagine Firkser getting the 118 targets we saw to the tight end position last year. I wouldn’t be looking to acquire any shares this offseason based on the situation.

Tough to argue this point. Tannehill has been a solid product for fantasy the last two years, finishing last year as QB6. Tough to see Tannehill throwing less than the roughly 30 passes per game he threw last season with the recent additions. With the talented core at wide receiver, we may see more rushing out of Tannehill as defenses backs are turned trying to guard Julio and Brown.

Like Reynolds, Dez will struggle to see the field and will need to beat out Josh Reynolds for the WR3 job this camp. As mentioned earlier, this role shouldn’t see too many targets. Similar to Reynolds, depending on who you like more, maybe now is the time to acquire them. It’s easy to get lost in all the Julio hype that he did miss seven games last year. Investing a 5th round pick in either of these players might not be the worst investment you could make.

I could go on for days here as Calvin Ridley has a superstar the last two years for the Falcons. Losing Julio is not going to turn Calvin Ridley into JuJu Smith-Schuster. Throughout 2020 we saw Calvin Ridley play seven games without Julio and averaged almost four more targets, two catches, and nearly double the number of yards. Calvin Ridley has a legitimate case to be the WR1 in PPR formats this season.

A lot of analysts have Matt Ryan pegged as a loser with Julio on the move. While Ryan does lose Julio, he also gained Kyle Pitts this offseason and could still produce. In the final four weeks of the season without Julio in the lineup, Matt Ryan was still able to deliver 3 top twelve finishes at the position without factoring in the addition of Kyle Pitts.

I have not been super high on Mike Davis this offseason, and losing Julio certainly isn’t going to help. However, losing Julio isn’t the end of the world. Ridley is still going to command attention from the defense, so they shouldn’t be able to stack the box. Pitts will also assist in the blocking and be a threat in the receiving game as well.

Not much should change in terms of what we expect out of Julio Jones. Calvin Ridley has been exceptional for the Falcons. I don’t expect AJ Brown to cause issues with Julio Jones’s typical target share either. Ryan Tannehill isn’t an upgrade or downgrade in terms of quarterbacking either. However, you felt about Julio last month, you should feel about the same today.

Russel Gage should still see significant volume working as the WR2. Seeing over 100 targets last year, I don’t see that number going down much with so many targets vacated by Julio Jones. It is not out of the realm of possibility to see Gage break the 1,000 yard mark for the first time in his career with the extra game and increased target share. Now is probably not the time to buy Gage as most have anticipated the Julio trade over the last month or so and have a higher value on him now than back in January.