The Patriots have been screaming for a TE this season. Matt LaCosse ain’t cutting it! Matt Millers has speculated that they select the well-rounded Brycen Hopkins in 2020 to fill the need. @DynastyJon evaluates the Purdue selection! #NFLDraft 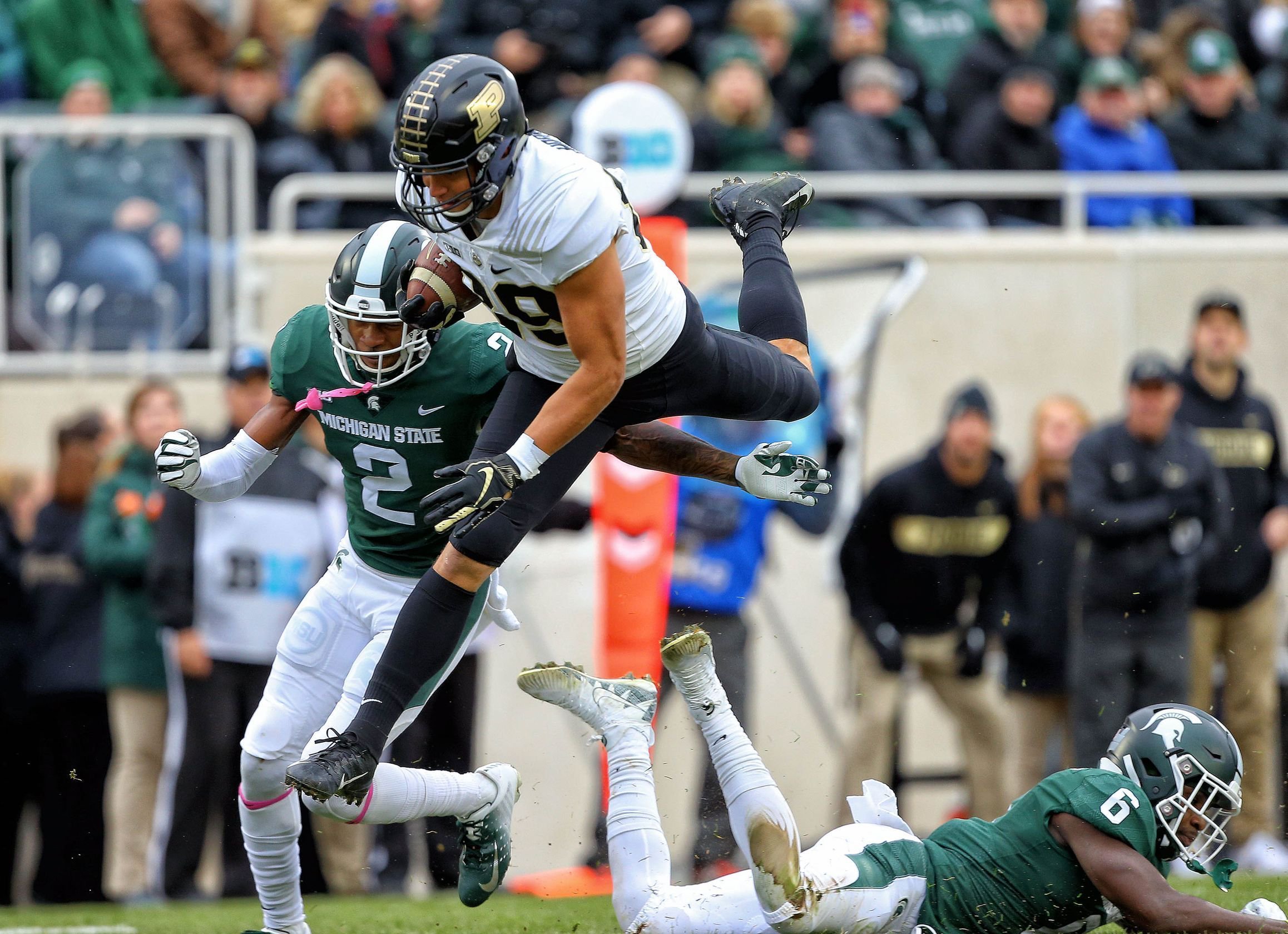 The Patriots are a prime TE destination. Fantasy owners have watched the domination from the likes of Gronk and Hernandez and have had a keen appetite to discover who may be the heir. It’s pretty clear that Matt LaCosse and Ben Watson aren’t the future for the franchise and they’re in desperate need of an athletic TE to run those favored seam routes…

In Matt Miller’s latest mock, he presents Edwards as the first TE selected in the draft to New England at 29th overall. Miller had this to say about the Purdue TE, “The Patriots are always a tough team to predict given the mystery of Bill Belichick, but the 2020 offseason seems particularly curious. The 2020 draft will tell us a lot about the team’s future. Whether it’s Brady at quarterback in 2020 or Jarrett Stidham or someone else, the Pats will need a tight end who can make plays over the middle and keep defenses from stacking up against the run game.

Purdue’s Brycen Hopkins is a Patriots-style tight end: He’s big, strong, athletic and actually works as a blocker in the run game. He’s worth a first-round selection for an offense like New England’s.

The 6’4” 247-pound redshirt Senior had a fantastic season for the Boilermakers, having caught 61 passes for 830 yards and seven touchdowns in 11 games. Only Harrison Bryant from Florida Atlantic had more receiving yards at the position in college football this year, and he played 13 games. A breakdown of Hopkins’ college production can be seen below:

The John Mackey Award finalist has the stereotypical basketball background before joining Purdue as a 2-star recruit. It’s immediately obvious on the field, as the big man excels at high pointing the ball and leaping over defenders for the catch. His stature is quite impressive. He has a thick body and tacklers bounce off. This comes in handy in the RedZone where has reeled in some impressive catches in traffic.

Something else I like about Hopkins is how well he sells the run, before releasing to run his routes. This is a really nuanced element to his game and comes in particularly handy at a time where play-action passing is optimized in the league.

I don’t see him as an explosive WR-esque hybrid TE, however, he’s got a versatile skill set and is strong in all areas rather than strictly focusing on receiving. I don’t expect him to have an electric combine in terms of speed and agility, so that may hurt his dynasty stock. That being said, in 2018 he led all TEs with 8.3 yards after the catch per reception. That was ahead of the likes of TJ Hockenson and Noah Fant!

I suspect most will view Hopkins as the 3rd or 4th best TE in the class from a fantasy perspective. Hopkins will present more value to real teams from a blocking perspective rather than a large WR. That should keep on the field early, but I wouldn’t expect huge fantasy production initially unless he has a fantastic landing spot….like the Patriots.