Bills Mafia, you’ll like this one. We’re moving forward with our Value-Based Players: Teams A-Z and covering rookie Zack Moss of the Buffalo Biils! @TripleDFFP dissects his backfield split, Moss’ trade value and his possible ’20 output! Check it out below. 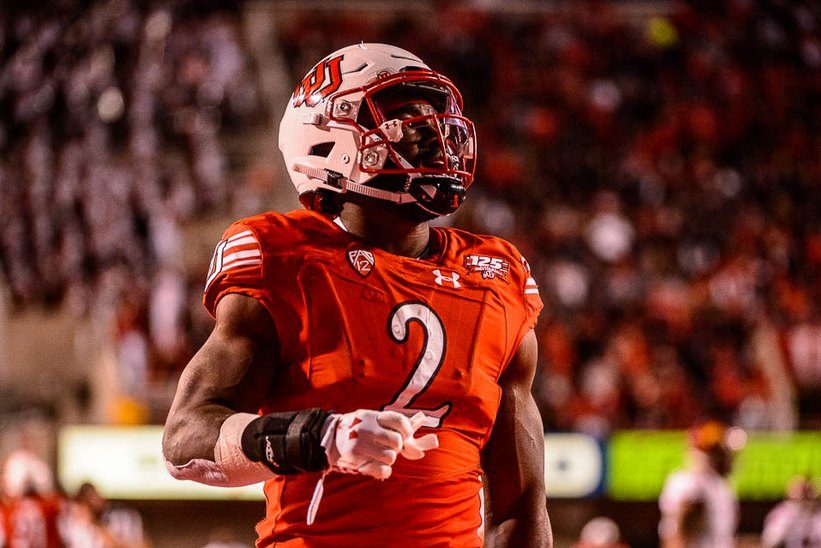 When digging into the value buys of the Buffalo Bills, it became surprisingly apparent that their price tags are relatively appropriate. They’re one of the few teams in the NFL I can say that about. Josh Allen at ADP 95.57 seems right with his high upside but multiple question marks in the passing game. Diggs at ADP 55.05 takes into account his elite route-running ability mixed with the pitfalls of transitioning to a new offense. Even Ole’ Smoke Brown at ADP 165.44 seems to fit with his field stretcher ability combined with his injury history and age. (playerprofiler.com) It all looks right… Until we get to the running backs. Backs that are both young and talented yet have DRASTICALLY different price tags. So let’s break down that disparity in cost to uncover where the value lies.

Devin Singletary, the incumbent starter, checks in at a higher-than-expected ADP of 44.11 (RB20). At the same time, Moss is buried (relatively speaking) at ADP 92.45 (RB33), below future backups such as Kerryon Johnson and Marlon Mack per playerprofiler.com.

While I see the logic in drafting Moss below Singletary, I can’t get behind this gap in their price. From the exhaustive research I’ve done, it appears everything Singletary does well, Moss does as well, if not better… At 20 lbs heavier.

Singletary had a hyper-productive collegiate career at Florida Atlantic University (Conference USA), posting monstrous numbers against depressed competition. He closed out his three year run with a flooring 714/4287/66, buoyed by a once in a lifetime sophomore season where he scored 32 touchdowns in one year. You read that right… 32. An astonishing number, indicative of both his skill and the lackluster competition he faced. Singletary also tallied 397 receiving yards on 51 receptions in his time at FAU, a demure number reflected in his rookie season production.

On the other hand, Zack Moss produced eerily similar numbers (sans a 32 TD season) against significantly more difficult competition in the Pac-12 Conference. In his four year career at the University of Utah, he racked up 712/4067/38 along with 66/685 through the air, earning Pac-12 Offensive Player of the Year and breaking 6 Utah school records including career carries, rushing yards, rushing TDs, and total TDs.

When looking at the two players, they achieved their success in many the same ways. Singletary and Moss have been described as aggressive, downhill runners with low gravity centers and great footwork. But like I said earlier, many of the things Singletary does well, Moss seems to do better. Pass catching? Moss has the edge in both collegiate production and the eye test. Pass protection? Moss is the Alpha. Athleticism? Their Combine metrics are clones with Moss at 20 lbs heavier. Power and agility? In terms of missed tackles forced, which is where Singletary has gained much of his success, Moss excels. He forced an NCAA high 98 misses on combined runs and receptions in 2019, beating out each and every one of his draft classmates.

No running back forced more missed tackles on runs+receptions than Utah RB Zack Moss did in 2019. pic.twitter.com/yG3eJIojCV

Those college stats and tendencies are all well and good, but how will this translate into their NFL production?

Well, we’ve seen Singletary’s rookie numbers. He popped off the page as a round three draft selection accumulating 152 carries for 775 yards and 2 TDs on a partial season of production where Frank Gore saw the lion’s share of carries from week 1-7. This equates out to 5.1 yards per carry which is an impressive number for any NFL running back. However, even with that late-season surge, the Bills coaching staff still felt the need to feed a 36-year-old Frank Gore an average of 8.8 carries a game.

This is a very telling number to me.

It indicates the Bills aren’t sold on the idea of Singletary being a bell-cow back, and at 5’7 203 lbs, can you blame them? This logic is even further reinforced by their selection of a larger, similar skill set, RB in Zack Moss. An article by Michelle Magdziuk of BallBlast Fantasy Football does a good job explaining the coaching tendencies that lend to this ideology. In it, she expands upon the fact that both Brian Daboll (Offensive Coordinator) and Kelly Skipper (RB Coach) have shown the ability to have uber-efficient running games (many carries to go around) and a tendency to favor the larger back in a committee. This tells me there will not only be an availability of carries for a player of Moss’ caliber, but with his build and the offensive coaching strategy, there will be an avenue for him to rise to the top of the co-op.

Now all these numbers are great. They lead one to predict a solid rookie outing for Moss. Yet there’s still one glaring detail that hasn’t been addressed. His injury history.

Throughout his tenure with the University of Utah, Moss was plagued with injuries. Dr. Ethan Turner of the Fantasy Headliners ranked Moss as a 6.25 injury risk (Moderate Risk) in his 2020 Injury Rookie Guide. Turner cited a plethora of dings and dents he’s incurred throughout his career. The list includes shoulder injuries, ankle sprains, a possible meniscal tear, and an AC joint separation. These are all the price of doing business in the manner Moss plays. An aggressive back who seeks out contact rather than avoiding it will inevitably see injuries; however, he has experienced more than most. This is a real concern as he transitions to the next level, which carries more crushing blows at a faster rate than he ever saw in the Pac-12. That risk is mitigated though by the exact competition we have been talking about this entire article – the presence of Devin Singletary.

Having an alternative back with many of the same skills as Moss affords the Bills coaching staff the ability to maintain Moss’ health. Instead of force-feeding him the rock 25 times a game, they have the luxury to pick and choose his usage. This will benefit the coaches, Singletary, and Moss by allowing them to maximize their efficiency in any given situation, a scenario I love, being a proponent of efficiency over volume.

Due to this pick and choose ability, I believe Moss will see fewer touches than his draft profile might have indicated. I’m expecting mid to high hundreds in carries. Let’s call it 170. Moss will make the most of those carries though, possibly hitting 850 yards and 6 TDs. This moderate rushing line will be combined with his ability in pass protection and his receiving chops, which should come into play. I’m projecting 33 receptions for 250 receiving yards and 1 TD logged in that arena, bringing his total to 1,100 all-purpose yards and 7 TDs, which would have seated him as RB21 in half-point scoring last season.

But it all comes back around to his price. As stated above, Moss is being drafted with an ADP of 92.45 (RB33). With my projections of an RB21 performance, this price is a steal. Just because he is projected at RB21 doesn’t mean you have to draft him as such. Read the draft. Watch the players going off the board and know your league mates. If you think you have to shoot your shot early on the guy, then do it… But, as always, wait for your moment.

In rookie drafts, I’m seeing him go towards the mid to late 2nd round. I think that’s appropriate. Any pick after 2.06 in a ten-team and 2.04 in a 12 I could justify grabbing him. It hurts me to say it, but he is still below the likes of A.J. Dillon and Henry Ruggs. Once they go, then it’s his time.

As a trade target? He’s going to be hard to acquire. Nobody likes giving up the new and shiny toys they just bought. If you can package him into a deal, then more power to you, but if not, you might have to give up an aging producer in favor of youth and upside. I wouldn’t advocate actively seeking him out, but if the price is right, then pounce.

Draft him or trade for him with the knowledge that Moss will inevitably be in a dedicated timeshare for years to come, but don’t let Singletary’s presence discourage you. Moss is a talented, aggressive player in a system that has shown a tendency towards generous splits for both parties. With the NFL trending towards committee backfields, consider yourself ahead of the curve by drafting a player in one of the more advantageous splits a young back can have. Add him to your roster and enjoy the discount.