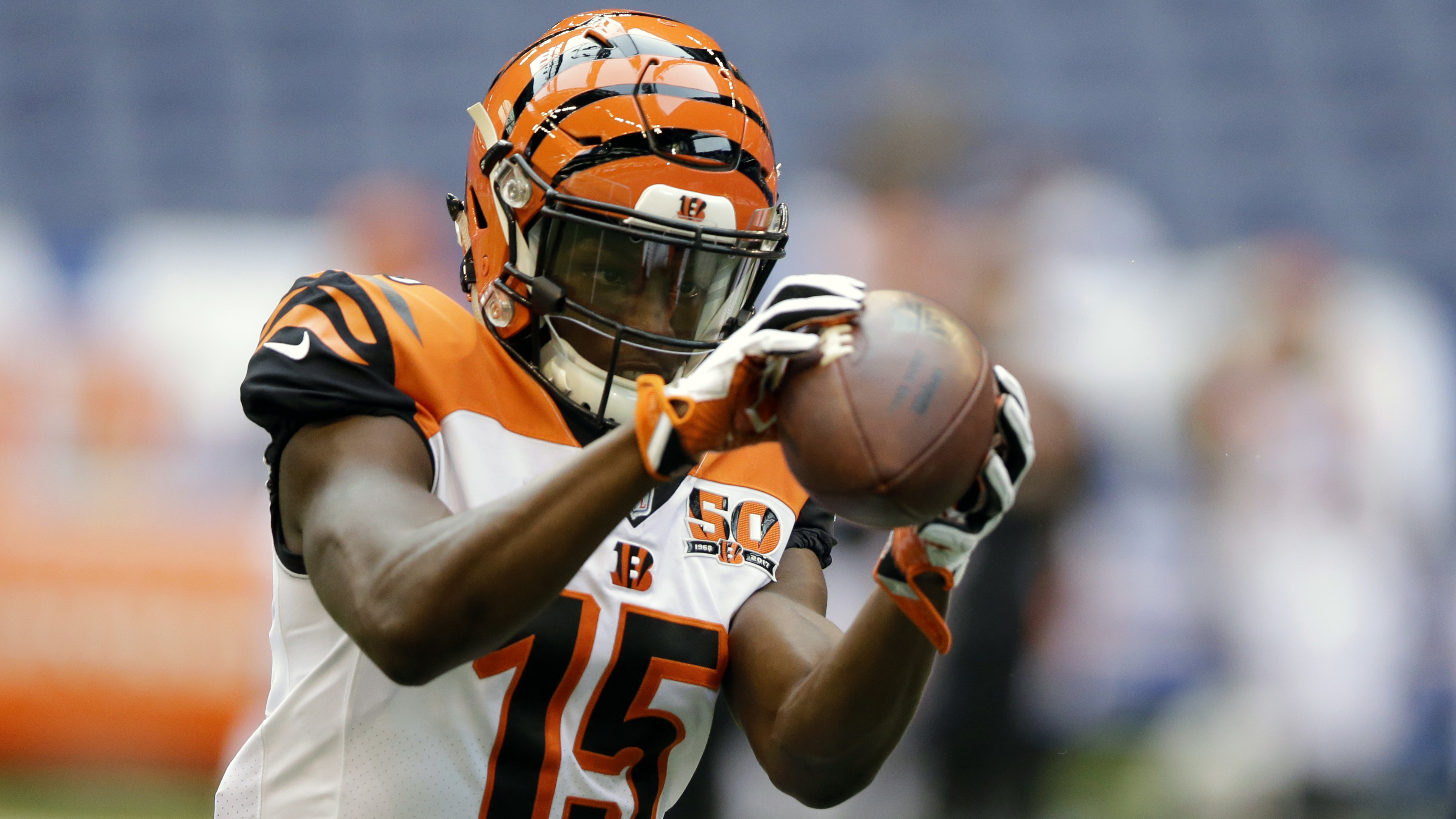 After running the fastest 40-yard dash in NFL history, John Ross had a real fall from grace. He set the world ablaze with a 4.22 time and was seen going in the middle of the 1st round in most rookie drafts. The opportunity seemed to be ripe. Although AJ Green is locked in in Cinci, there was likely plenty of targets to go to a number 2.

Then, Ross experienced an injury-plagued 2017 campaign combined with a grand total of 12 yards on offense….and a fumble (equaling negative fantasy points). Furthermore, there was talk that he could be making a switch to cornerback! All of which made his dynasty stock plummet.

He now has an ADP of 144 and I believe this is a fantastic chance to buy low. In all the chaos of his rookie year, everyone seems to have forgotten Ross’ strengths and talents. Additionally, the Bengals still haven’t really added anyone overwhelmingly talented to compete as their WR2. We’re far too quick to abandon ship. Yes, his rookie season was abysmal but hopefully, with a healthy 2018, he’s set to bounce back.

After overcoming knee and shoulder injuries that ended his season prematurely, Ross has stated that he’s now the healthiest he has been since his Senior season. This was supported by Head Coach Marvin Lewis. The return to health has already been greeted with promise, as Andy Dalton has taken note. Dalton noted, “ He looks good. Completely different than he did last year. You can tell he worked hard. It looks like he’s getting back to where he was. He looks smooth.”

We hear so much praise from all corners of the NFL during OTAs but at least it’s finally some positive news with Ross for the first time in his professional career. He seems committed to making up for lost time after working with T.J Houshmandzadeh in the offseason to improve his route running, technique and footwork.

Other than the speed, it’s important to remember his strong skill set from our college analysis pre-draft. As you can see below, Ross exploded on the season at Washington with a huge Senior season:

The second-team All-American displayed sharp routes, solid hands, and a great ability to track his passes. He was incredibly elusive and had superb ability to make plays after the catch.

After investing such high draft capital in Ross, I find it hard to believe that Cinci will give up on him. They’re bound to want to know what they have in him and will give him every chance to display his talents. The injuries are certainly a concern. He had a torn ACL and torn labrum in college, combined with a sprained knee, another torn labrum and a foot injury in his 1st year in the NFL. However, if you can get a former 1st round rookie pick from a year ago for a 2nd or early 3rd round pick, I’d happily buy at that price. His owners will likely be hoping to wait one more year, but you never know if someone’s frustration with a player has boiled over. I advise you to put some feeler offers out to your leagues for Desean Jackson 2.0.