Buy or Bye: Hamler vs. Mooney

Hamler vs. Mooney Are you buying the hype or saying goodbye to the talent? @FFEvanlution evaluates these two under the radar rookie WR’s and their potential moving forward! 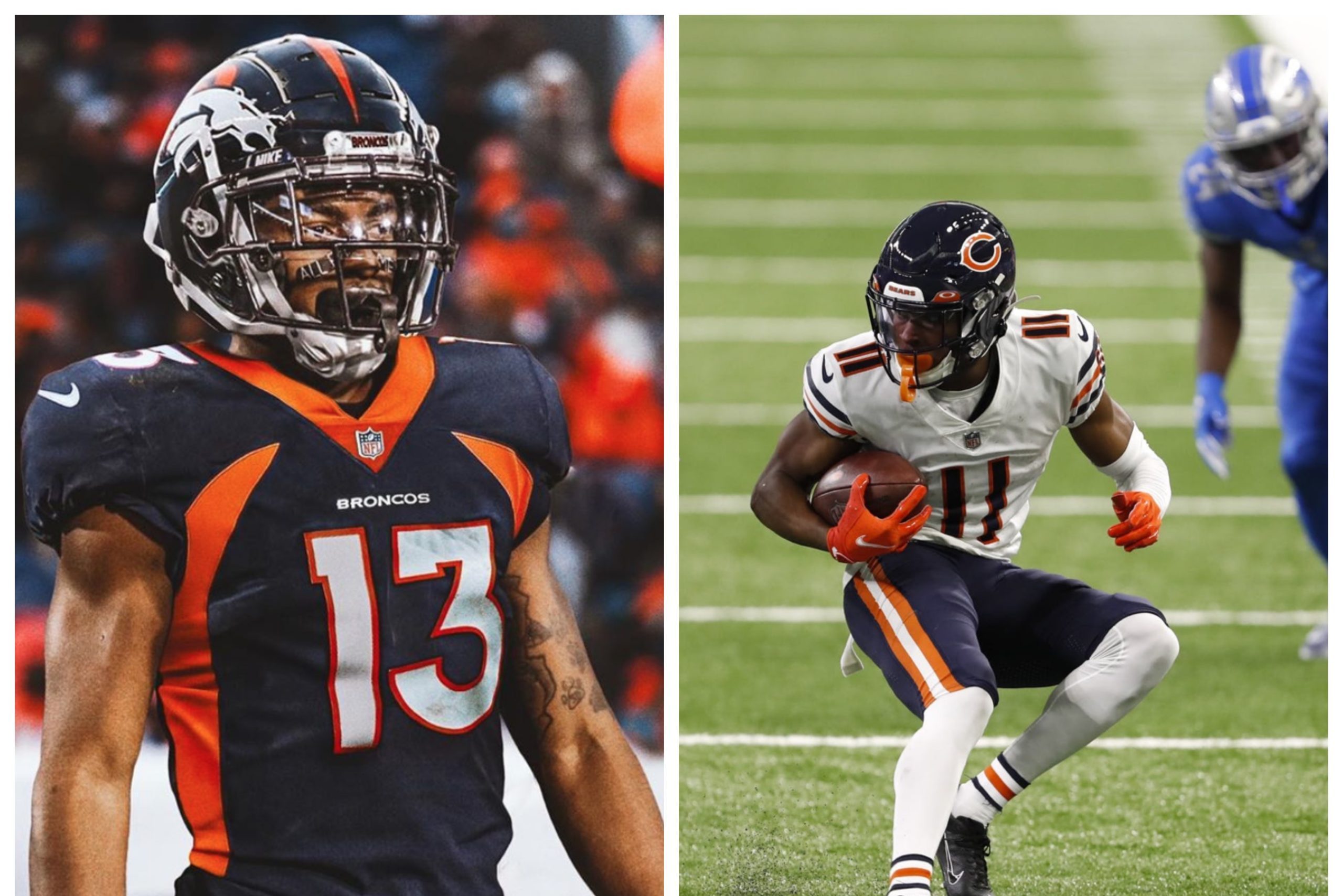 In this edition of buy or bye, we are looking at two of the more under the radar rookie WR’s who have been generating a bit of buzz lately. My goal is to dive into the stats in these articles while also looking at the bigger picture to see if we should be buying the hype or waving goodbye before it’s too late! If you are in a rebuild and looking to add some young assets into a bigger deal, you could very well look to one of these two as the icing on the cake…but which one?! It is always a bit tough with rookies as it is quite a small sample size we are looking at so far, but that is part of the challenge and fun of dynasty is trying to read the tea leaves and get in early before a player’s value skyrockets.

Let’s run through the gauntlet and see who will be declared the victor!

As you can see from the above graphics, both players have fairly similar athletic profiles. Both rookies are on the smaller side, speedy receivers with similar height, weight, and even breakout age. Hamler did not actually run the 40 at the combine but apparently put in a 4.27, which is pretty spectacular, and is ever so slightly faster than Darnell’s 4.38. Either way, these boys are FAST! Hamler is roughly 2 years younger and was taken in the 2nd round as opposed to the 5th for Mooney, so if we have to declare a winner in this round, I will edge it to Hamler.

Neither of these two young receivers are going to break the bank if you want to invest in them for your squads.

Using the DynastyGM tool (I seriously can’t reccomend it enough!), you can see that Mooney is substantially cheaper, costing roughly around a 4th round pick. Hamler will set you back somewhere around the value of a 3rd round pick, so again not a major investment either way.
I can personally verify this as I have picked up Mooney recently off the waiver wire in a couple of my leagues, whereas I used Hamler as a key piece to help trade for Keenan Allen in another league. I believe the draft capital and a couple of bigger games recently have people more tuned into Hamler than Mooney at this stage. Darnell gets the nod as far as value is concerned.

Both of these players are rookies, and neither missed any significant time in college, so I would have to say neither of them is a real injury risk, at least not anymore so than any professional football player. Hamler did miss a couple of games this year with a hamstring issue, so if I have to declare a winner in this category, it will have to be Mooney but honestly splitting hairs on this one.

When we look at college career stats, we can see a very similar usage pattern, both averaging almost 17 yards per reception and fairly similar TD numbers. Hamler would have a slight edge in overall yards and TD’s when you look at just their first two years in college. Also, K.J. was in a tougher division facing a higher quality of players each week than Darnell.

Once you get to their NFL stats, you can see they continue to be fairly close in terms of production so far in 2020.

The Bears’ rookie has played in a few more games this season, but you can see they average roughly the same target share and targets per game, with Darnell getting a slight edge in aDOT and Air Yards. In other words, they are taking a few more deep shots to Mooney each game than Hamler. It is also interesting that Mooney has a substantially higher true catch rate so far, which is really important since both receivers have less than elite QB’s throwing them the ball. All things considered, I am going to edge this category towards Mooney ever so slightly. My main reasons being, with much lower draft capital, lower expectations, and equally difficult circumstances, he has performed at least as well if not arguably better than his more famous and eagerly anticipated fellow rookie.

As I hinted at earlier, both players suffer from less than stellar QB situations currently. Darnell has had to deal with Mitchell Trubisky and then Nick Foles, while Kahlee Jacoby (and yes, that is his real name) has endured Drew Lock and various other 2nd and potentially 3rd string talent in Denver. It is impressive that both of these players have contributed at all, given the lack of pre-season due to Covid and the challenging situations their signal-callers have put them in. All that being said, here is how I would break down the potential future of the two.

Going into next season, I would imagine that K.J. finds himself as the 3rd option in Denver at best. He will almost certainly be behind 1st round pick Jerry Jeudy and the returning Courtland Sutton. He could easily see himself fall behind Noah Fant and potentially even Tim Patrick, depending on how the rest of this season goes and who is actually playing QB next year. Considering the uncertainty surrounding the QB situation in Denver, I am not overly ecstatic at the current prospect of a 3rd or 4th option on this offense. At least not to be a regular fantasy contributor to my squad in any but the deepest of leagues.

Things are trending towards a change under center in Chicago; Trubisky has been benched, and Foles does not appear to be the savior that Bears’ fans may have hoped for. It would be completely understandable if Darnell struggled to make an impact at all this year amid all the chaos. However, even though it is only halfway through his rookie campaign, it appears that Darnell has already come close to supplanting Anthony Miller as the 2nd receiver in Chicago (for what it’s worth). They are currently almost dead even in target share, with Mooney getting a better aDOT and a higher true catch %. If Mooney successfully installs himself as the number 2 receiver and a solid QB shows up, that could lead to a very enticing fantasy prospect heading into next year.

Even though Darnell came out on top in 4 of the 5 categories, many of them were very close calls. If you have a strong gut feeling that Hamler is the play here, I would say go for it! It’s always fun to have guys on your squad you really believe in and can root for. Both players are pleasant surprises and could easily see a path to fantasy relevance looking forward to next season. In fact, a lot of their potential will depend on their respective teams’ coaching and QB situations. Personally, when I am evaluating two players very close in terms of potential and actual fantasy value, I will always lean towards the better acquisitional value, which happens to be Mooney at this time. When I look at all the different factors, I believe I see a clearer and easier pathway to greater and more consistent fantasy relevance for Mooney going into next year. This could all change at the draft and during free agency, but this is how I would call it right now. Either way, both are worth rostering if you can get them thrown into a bigger deal and see if their value continues to increase while others are busy focusing on the Jeffersons and Lambs out there.

If you want to hit me up on Twitter and discuss anything dynasty related you can find me at http://twitter.com/FFEvanlution