Bye Bye Barkley: Why you should shop the 1.01 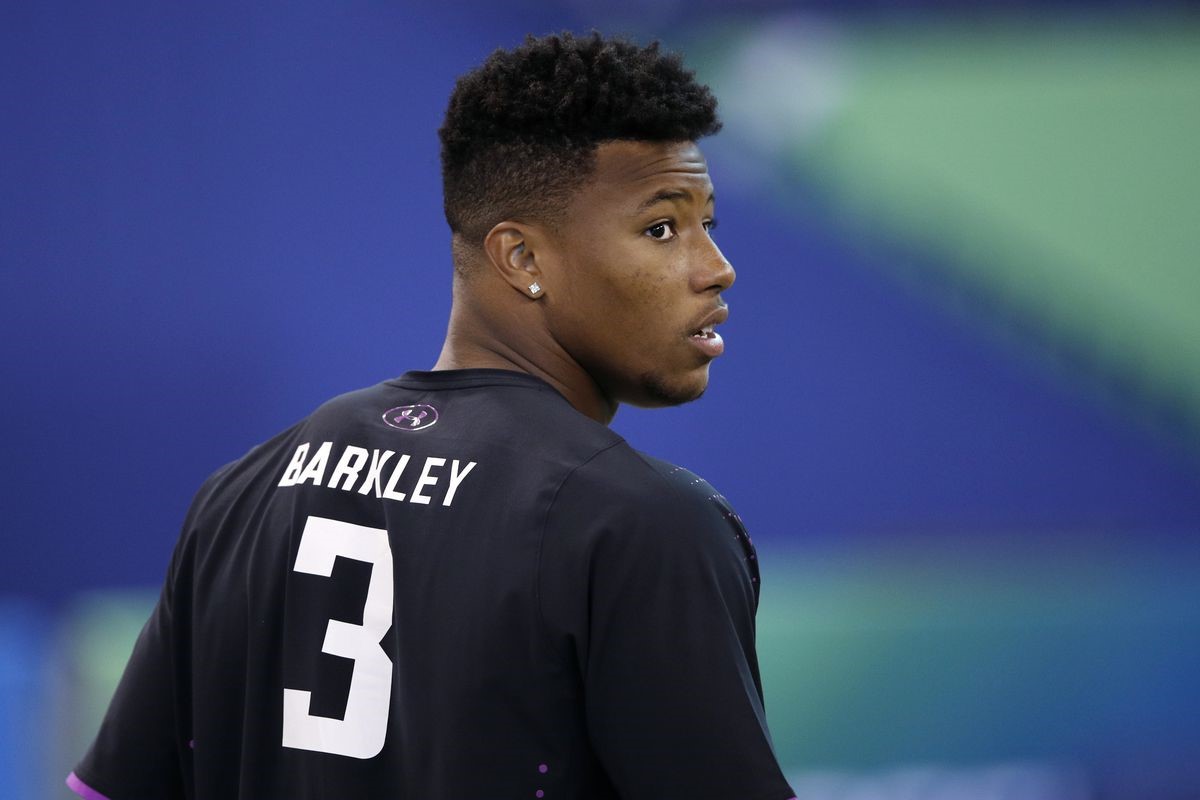 Hi everybody, my name is Derek and I sold the 1.01.  I know what you’re thinking, “he’s crazy – doesn’t he know that Saquon has already been put into the pro football hall of fame, is going to rush for 1800 yards and 30 touchdowns in his first year and cure cancer?”  Don’t get me wrong, I love Barkley as a prospect too but the hype train has gone off the rails and his value has skyrocketed. Let’s take a closer look at just why I recommend shopping the 1.01 around your league.

Let’s start the discussion with Saquon himself.  Yes, the tape was impressive. Yes, the combine numbers were impressive. AND yes, he has a good shot to be a superstar running back in the league.  With that being said, I urge you to listen to the little voice in the back of your head. The one that is whispering that there is a chance, even a small one, that Barkley could just be *gasp* pretty good or *gasp* ordinary or *gasp* even a bust.  Does that voice sound like Trent Richardson to anybody else? No? Just me?

Don’t get me wrong, I do not believe that the odds are high that Saquon is a bust but given the value, you can get in return now for the 1.01 why take on any risk?    In startup drafts, Barkley is often going in the first few picks of the first round which seems ludicrous to me. Do a quick exercise and go down the ADP list, asking yourself honestly, if each player has a higher or lower chance of maintaining superstar performance than Barkley has of reaching and sustaining that level.  If you’re anything like me, you should go through around 10 players before Barkley becomes a viable selection. The players that I would absolutely select in front of him include:

In a vacuum, I prefer any one of those players one for one to Barkley but the best part is that in most cases you can get one of those players AND extra value on top for the 1.01 rookie pick.  Let’s break down my own trade as an example. In this particular league, I am in a rebuild with needs at both wide receiver and quarterback. By making, what I consider to be, a lateral move from Barkley to Michael Thomas I was able to simultaneously divest myself of declining veteran assets and shore up my weaknesses at quarterback and wide receiver.

The moral of the story is that dynasty twitter, podcasts and websites have whipped people up into a frenzy over the 1.01 rookie pick.  They are so excited to own a share of Barkley that they are willing to overpay and mortgage the future of their team. Maybe he is the next Gurley, Bell, Zeke or DJ but if that’s the case why not try to trade him for one of those guys and a lot more?  If you can swing a deal like that do it now before the draft, I have a feeling that once reality sets in and Barkley has a landing spot his value might drop a bit. If you cannot get a king’s ransom then just hold onto the pick and take him – in either case, good luck in 2018!