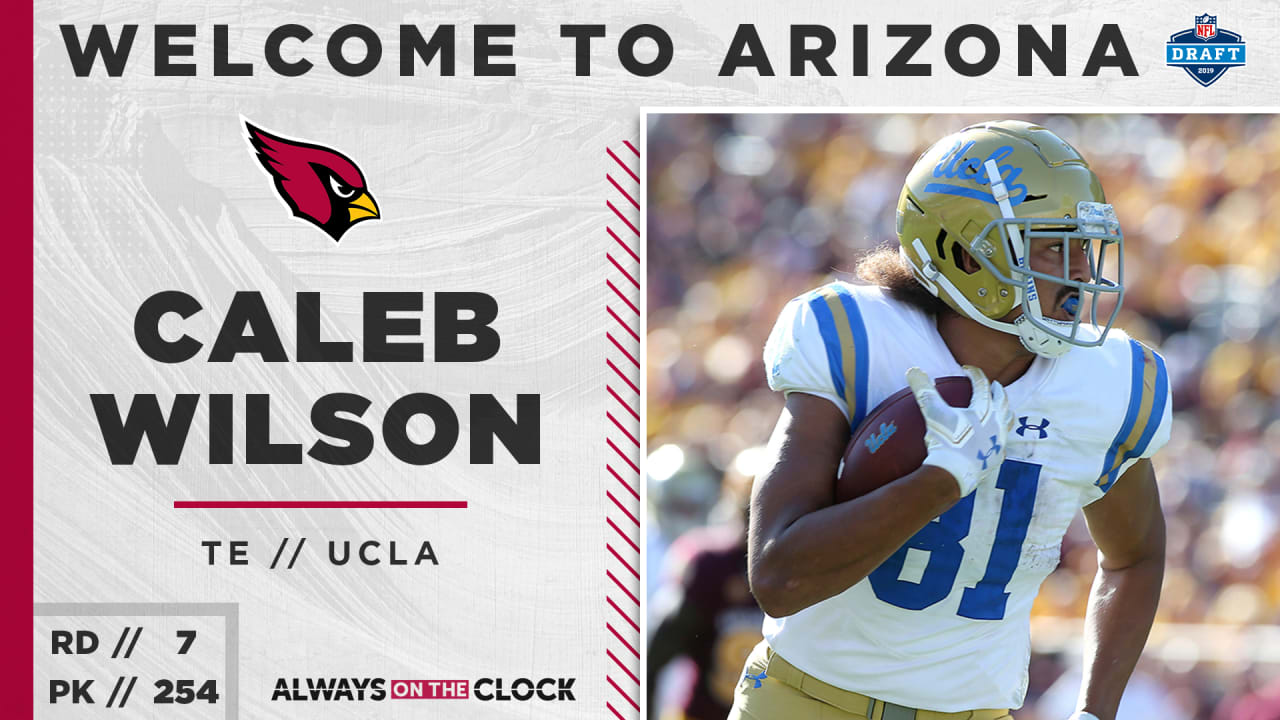 For those of you that live under a rock, the term Mr. Irrelevant is given to the last player taken in the NFL. Most years the player selected last typically are just that, irrelevant. On the other hand, some of these players can make their mark and play key roles on NFL teams. The past two Mr. Irrelevant picks, Chad Kelly and Trey Quinn received some hype and saw a value spike. Kelly’s off field issues have since left him without an NFL team. Quinn on the other hand has won the heart of Jay Gruden, and potentially the starting slot receiver role. Quinn’s value has risen from a fifth-sixth round value to now being worth a mid third round rookie pick. Could we expect similar results from this years Mr. Irrelevant, Caleb Wilson?

Caleb Wilson did not have a typical rout to the NFL. Wilson originally committed to Old Dominion as a quarterback. He ultimately chose to walk on at USC, where his father, Chris Wilson happened to be coaching. When his father was dismissed from duty, Wilson hit the road again. This time he found a home at UCLA, and finally a position, tight end. He began a difficult transition, adding weight and learning the nuances of a new position. Wilson began to break out in his 2nd season before sustaining a season ending broken foot. During his senior season, Wilson picked up right where he left off the previous year. He became a focal point of the UCLA offense, and accounted for nearly 34% of the passing offense. In his final season, Wilson led all FBS tight ends in receptions per game, receiving yards per game, and receiving yards. He also finished with the highest yards per route run, which measures the efficiency of a receiver. During his three-year career he logged the 2nd best career Pro Football Focus grade out of 2019 class of TEs, and 3rd best in the last three years. The Only tight ends with better grades were Jace Sternberger and Dallas Goedert.

Wilson does have some blemishes that should be noted. Firstly, he is not the best blocker, but at the same time, he is not the worst in this class. This is an area that could likely improve with more experience playing the position. Wilson also is a subpar athlete, outside of his blazing 4.56 40-yard dash time. Wilson had a drop rate of 9.1%, which is a bit high but overall not that concerning. Lastly, Wilson is not very elusive in the open field. Yards after the catch is not his strong suit which could be expected due to his inability to change directions efficiently.

While Caleb Wilson is far from a perfect prospect, he is a far better prospect than he is getting credited for. His current average draft position is 263, or a late fourth in rookie drafts. He can leverage his speed to frequently create separation and get open. Despite limited practice as a tight end, Wilson runs nice routes while lining up-line or out of the H back position. In spite of being the last pick of the draft, Wilson landed in a good spot. The Cardinals have been lacking in the tight end department for quite some time. Wilson’s primary competition for targets will be uninspiring Ricky Seals-Jones. Seals-Jones finished 2018 with the 14th worst yards per touch, 3rd worst catch percentage, and in the bottom 7 in drops. I expect Kliff Kingsbury to look for other options other than Seals-Jones. If you check Player Profiler you see his best comparable player is Julius Thomas, who had a few fantasy-relevant years. While others may be sleeping on Wilson, you should be spending late fourths or blind bidding dollars to acquire him.