Can Darnold deliver on potential?

Sam Darnold hasn’t lived up to being the No. 3 overall draft pick, but can he show that promise in 2021? 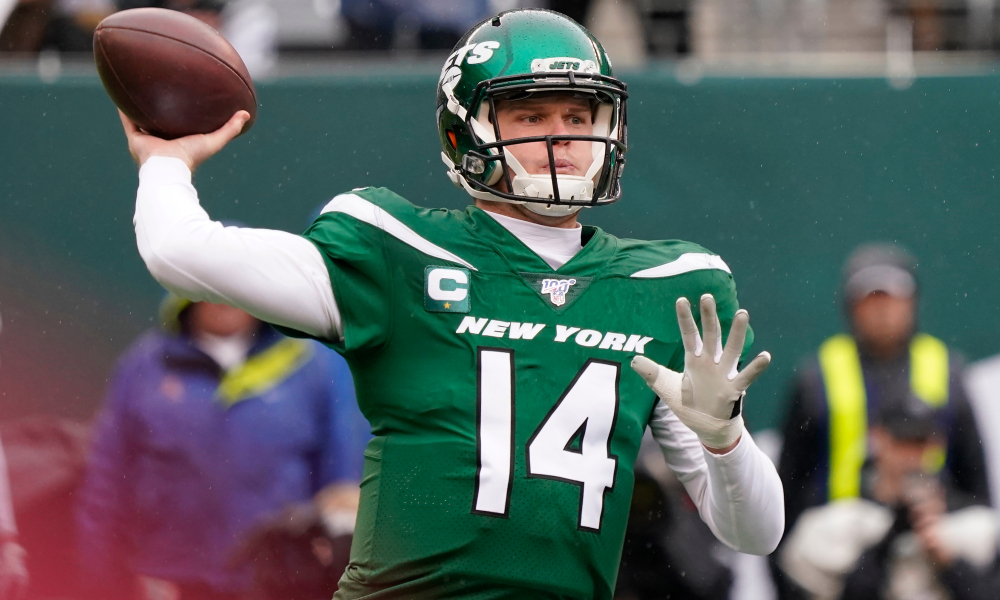 We are rapidly approaching the 2021 NFL Draft, which kicks off on Thursday, April 29. The flurry of signings since NFL free agency began on March 15 have helped clarify rosters and team needs, but there are still plenty of questions that will be answered by picks made in the draft. One of the players whose future is most up in the air is Sam Darnold.

The Jets’ quarterback is set to begin his fourth NFL season this Fall. He was the No. 3 overall pick in the 2018 draft but, to this point, hasn’t really delivered on that draft capital. Can he finally look like a franchise quarterback in 2021? And will his chance come with the Jets? Let’s weigh the options.

Darnold was anointed the franchise quarterback in New York after being taken in the 2018 draft. He was selected among a class that included Baker Mayfield, Josh Allen, and Lamar Jackson. While those three have all had success as starters and guided teams to the playoffs, Darnold has been inconsistent.

Darnold’s rookie season came for head coach Todd Bowles. He started 13 games, throwing for 2,865 yards and 17 TDs with 15 INTs. He went 4-9, and the Jets were a dismal 4-12. Bowles was fired, and it was thought new head coach Adam Gase would be the right man to help Darnold develop and the Jets to thrive. But it didn’t work out that way.

Darnold’s 2019 campaign started off disastrously. He contracted Mono, missing three games, and infamously was caught on a hot mic talking about seeing ghosts in a terrible Prime Time performance against the Patriots. But somewhere along the way, Darnold found his footing. He finished 7-6 in 13 starts, going 6-2 in the Jets’ final eight games. He threw for 3,024 yards and 19 TDs with 14 INTs. It seemed like he was poised to finally break out in year three.

But that success to end the 2019 season didn’t carry over for Darnold or the Jets. He only started 12 games, going 2-10 as a starter. Darnold finished with a career-low of 2,208 yards, nine TDs, and 11 INTs, completing less than 60 percent of his passes. The Jets finished as the second-worst team in the league, winning just two games as Gase was fired, and the Jets are starting over again.

The No. 2 Overall Pick

Darnold started 38 games in three seasons, going 13-25 in that time. He’s thrown for 8,097 yards and 45 TDs, throwing 39 INTs and completing 59 percent of his passes. The numbers aren’t terrible, but they aren’t what was expected from the No. 3 overall pick, and they pale in comparison to the three quarterbacks drafted with him to whom he’ll forever be compared.

Darnold was a top prospect coming out of USC, where he started for two seasons. He finished with 7,229 yards and 57 TDs, completing nearly 65 percent of his passes. He was also a young prospect, coming into the NFL at age 21. Though he’s entering his fourth NFL season, Darnold is still just 23. New head coach Robert Saleh, offensive coordinator Mike LaFleur, and general manager Joe Douglas have to decide if he’s the right quarterback who needs more time or if it’s time to move in another direction. The 2021 draft looks to be a make-it-or-break-it period for Darnold’s future with the Jets.

Room for one more?

The Jets currently have three quarterbacks on the roster in Darnold, James Morgan, and Mike White, with Morgan and White having even less experience than Darnold. The free-agent market has mostly dried up as well, but the Jets hold the No. 2 overall pick, giving them a chance to snag a potential top-end quarterback prospect.

The one the team’s been most closely linked to in mock drafts is BYU star, Zach Wilson. In three years at BYU, Wilson has thrown for 7,652 yards and 56 TDs, completing better than 67 percent of his passes. This includes a big 2020, where he threw for 3,692 yards and 33 TDs. Grabbing Wilson would make Darnold expendable and indicate the Jets are moving on. Douglas has indicated the team is listening to offers for Darnold, who would be a hot trade candidate, but hasn’t made a decision about his future.

I’m not ready to give up on Darnold. The Jets issues run deeper than one player, a sentiment that seems to be confirmed by the change of coaching staff and the Jets’ aggressive moves in free agency. Darnold has potential and fantasy value, but he comes with questions. Whether it’s with the Jets or a new team, Darnold has to prove himself in 2021. One potential option for the Jets is to beef up the offensive line by snagging Penei Sewell with the No. 2 overall pick, giving Darnold a chance to prove himself with a new coach, better line, and better weapons in 2021. That’s what I’d like to see for Darnold and the team.

The Jets signed Corey Davis and Keelan Cole at wide receiver, returning veteran Jamison Crowder, and second-year player Denzel Mims. They return tight end Chris Herndon and have newly signed Tevin Coleman and second-year man La’Mical Perine at running back. That’s a strong start before even considering weapons the team could add in the 2021 draft.

Darnold has the potential to be a QB2 if he can stay on the field and deliver the kind of on-field performance that made him the No. 3 overall pick in 2018. Darnold is worth a hold, particularly in Superflex as a player with starting potential for the Jets or another QB-needy suitor.