Can Urban Meyer put the roar back in Jacksonville?

Jacksonville gets their man in the head set. Can the man in the huddle be next? @JamieHfantasy shares his thoughts on the Jaguars fantasy prospects. 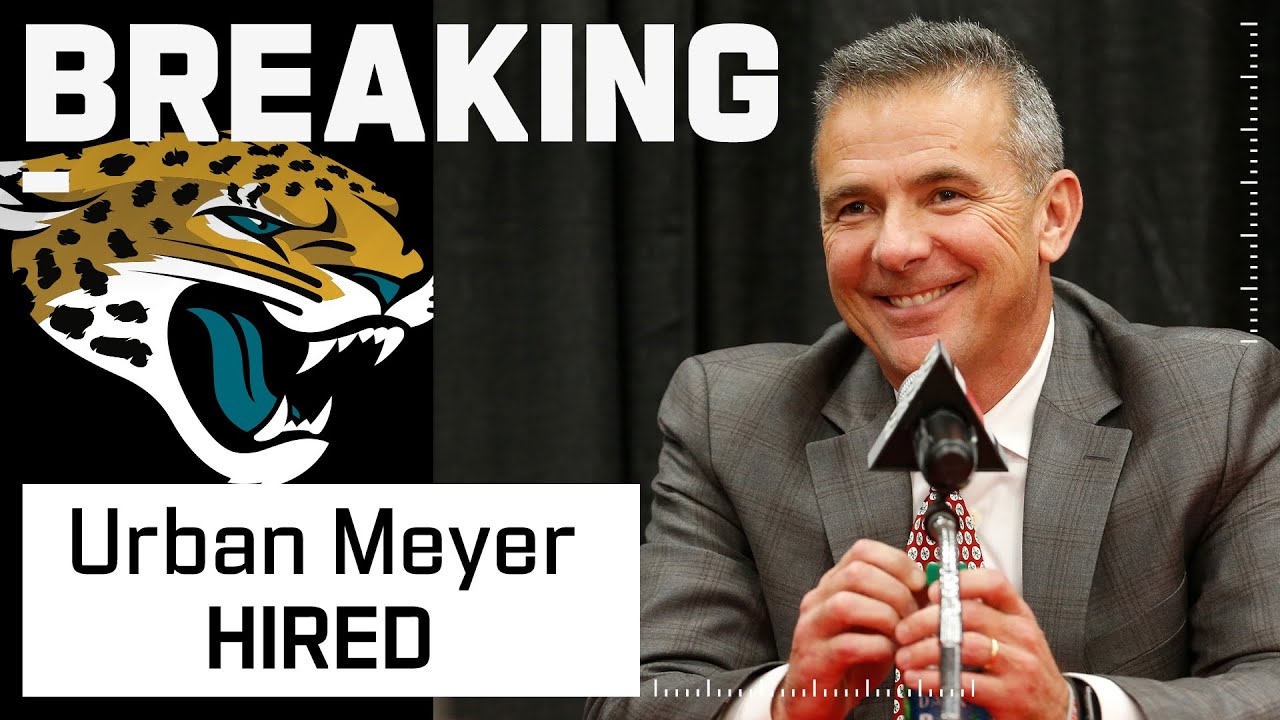 On January 14th, it became official: Urban Meyer is the new Head Coach of the Jacksonville Jaguars. It’s a natural fit, as Meyer is extremely popular in Florida after coaching the Florida Gators to two national championships and three wins in the Outback Bowl (twice) and the Sugar Bowl. He also had a very successful stint as the Head Coach of the Ohio State University. Meyer has an impeccable coaching record, with an overall win/loss record of 187-32. The only logical concerns around the hire would be Meyer’s lack of NFL experience and his involvement in scandals. Ohio State suspended him in 2018 for not upholding the values of the university. The suspension resulted from an investigation after a member of his staff (Zach Smith) was accused of domestic violence. The investigation found that Meyer “failed to take sufficient management action regarding Zach Smith.”

From a football standpoint, this is an exciting hire for the Jacksonville Jaguars. In addition to the number one overall pick (and three other picks inside the top 50), the Jaguars now have a Head Coach with a long track record of winning. Meyer is known for running different variations of the spread offense. He has shown the capability to run a successful offense with a wide variety of skill sets at the QB position. Neither Dwayne Haskins nor Tim Tebow has gone on to have much success in the NFL, but Meyer coached both of them to Conference Championships (Tebow to two National Championships).

The pick of the litter

Now he will have his pick from a great class of QB prospects. In Meyer’s own words, this class has multiple “elite quarterbacks” in it. The overwhelming consensus of pundits is that the first overall pick will be used to take Trevor Lawrence. The Clemson signal caller is being called one of the best quarterback prospects in history.

There is always a chance (however slim) that they decide to trade the pick or draft someone else. However, if Meyer and Lawrence end up together in Jacksonville, there will be plenty of fantasy value to be found.
Trevor Lawrence has the athletic ability and the drop-back passing talent to run the offense that Dwayne Haskins ran and the more option-based variation that Tim Tebow ran. Meyer would finally have a QB that would open up his playbook, allowing him to call plays to attack opposing defense’s.

Does the scheme fit the players?

It’s difficult to project what the Jaguars’ offense will look like in 2021 without knowing who the QB will be. Even if we assume that they go with the obvious choice at number one in Trevor Lawrence, there’s still the unknown of how Meyer will tailor this offense for the NFL and his personnel.

It’s safe to say that the upside here is massive. The potential combination of an elite QB and offensive-minded head coach could reap massive scoring potential for an offense that ranked 26th in offensive touchdowns in 2020. DJ Chark would likely be the biggest beneficiary if Meyer and (potentially) Lawrence can turn the offense around.

Other pass-catchers would all stand to benefit as well. Laviska Shenault might still be flying a little bit under some dynasty owners’ radar after being a relative afterthought in a deep rookie class. Meyer has shown the ability to utilize his player’s unique skill sets, which bodes well for a wide receiver that can also line up as a running back or be effective on option, reverse, or jet-sweep plays.

Can the rookie RB repeat

James Robinson was a dynasty darling in 2020, as he became the biggest diamond-in-the-rough of the rookie class. Robinson had 1414 total yards as a rookie, including 49 receptions and ten total touchdowns in 14 games. That line was good for 17.9 PPR points/game and fifth among RBs with ten or more games. He has shown the ability to produce. I wouldn’t expect the Jaguars to invest too heavily in other running backs. However, it is unlikely that Robinson will maintain his massive RB market share because he had virtually no competition for touches for most of 2020.

The Jaguars hit rock bottom in 2020. Still, with an exciting coaching hire, a ton of draft capital, and the most cap space in the NFL, the necessary pieces for a successful rebuild are falling into place.  It will be interesting to see how much the hype will inflate trade values leading up to the draft. It might be time to buy pieces of this offense sooner rather than later in your dynasty leagues.  The arrow seems to be pointing up for this team….

Is it time to do your rookie evaluations? Check out the Dynasty Prospect Film Room in the Nerd Herd. It is just $2.99/month and you can get a free trial here.

Arthur Smith Rises Up To The Challenge In Atlanta
Dynasty Rebuilding Process: Part 2