Jameis Winston didn’t do much for the Saints in 2020 but could he be the long-term replacement for Drew Brees? 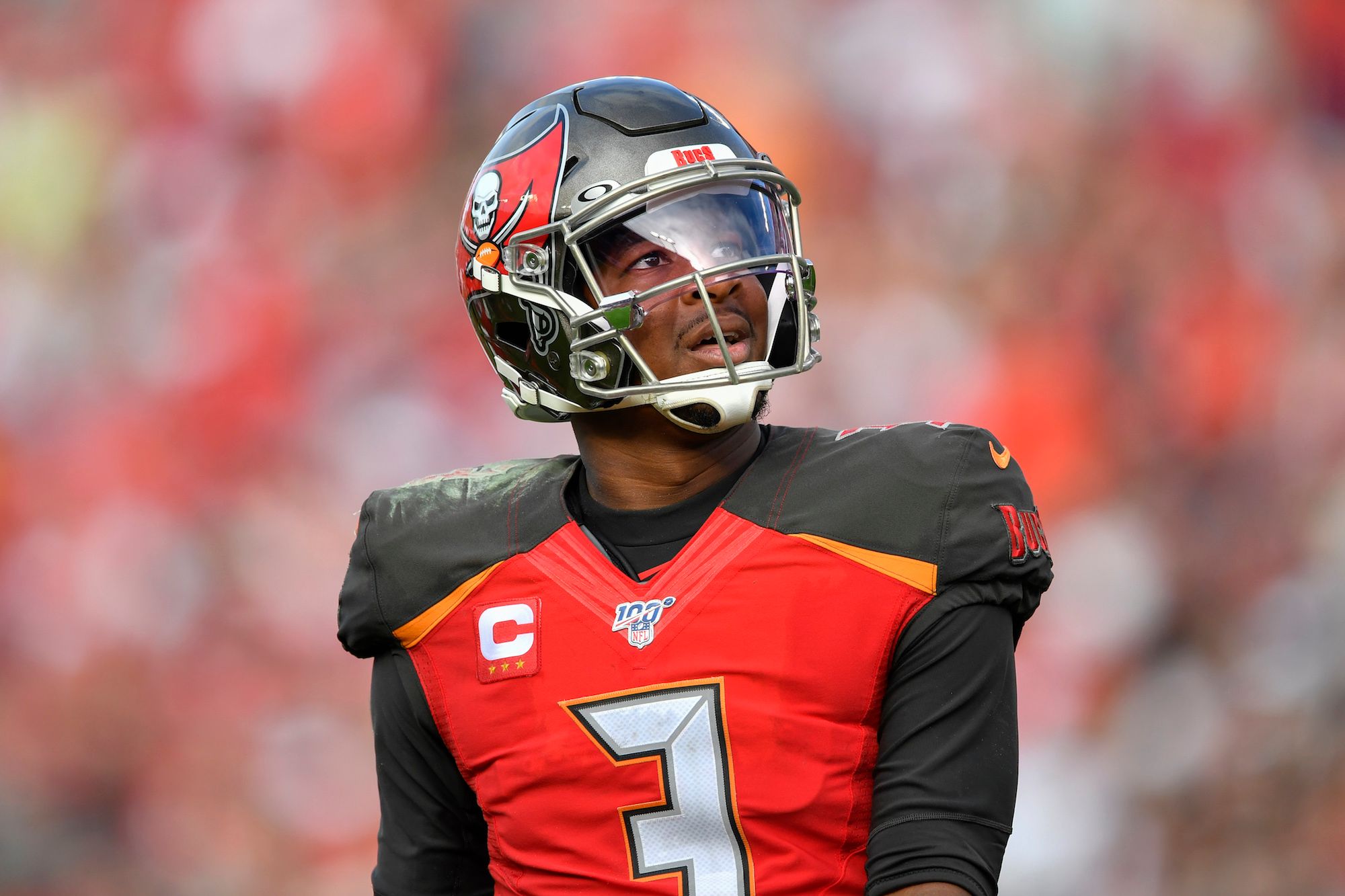 We’re rapidly closing in on NFL Free Agency, a crazy period where teams try to fill areas of need and improve. It leads right into the NFL Draft, and while many fantasy players focus on the promise of incoming rookies, there are plenty of veterans with a chance to impact NFL teams in 2021. One of those critical positions is quarterback, and one of those veterans that could shake up the league is Jameis Winston.

For the second year in a row, Winston is a free agent. Last off-season, many expected him to find a good landing spot, but he ended up being one of the last quarterbacks signed. He took a one-year, $1.1 million deal with the Saints. Winston was viewed as an insurance policy in case something happened to starter Drew Brees.

Brees ended up with 11 broken ribs, missing several games. But, when the time came, the Saints didn’t turn to Winston. Instead, they turned to Taysom Hill to start at quarterback. Winston finished his season in New Orleans, appearing in four games, throwing just 11 passes. He completed seven passes for 75 yards.

Now he’s looking for a landing spot again. Will he find a place he can get on the field? Let’s consider the case.

Winston was taken No. 1 overall by the Tampa Bay Buccaneers in the 2015 NFL Draft. Winston was the starter for the Buccaneers for five seasons. But he didn’t find much success. After a 6-10 rookie season, Winston finished 9-7 as a starter in 2016. It was his best record in the NFL.

Winston only won three games in 2017 and three games in 2018, starting just nine games in 2018 as he split time with Ryan Fitzpatrick. In 2019, the Buccaneers brought in new coach Bruce Arians, who was supposed to help guide Winston during his fifth-year option season. Winston put up huge numbers with Arians, throwing for a career-high 5,109 yards and 33 TDs. He also threw a career-high 30 interceptions and often didn’t seem on the same page as his coach.

The Buccaneers went 7-9 in 2019, and it was clear the team would consider its options. When the Buccaneers landed Tom Brady, Winston’s time with the Buccaneers was up. He finished with a 28-42 record in his five seasons, throwing for 19,737 yards, 121 TDs, and 88 INTs.

A Reunion in New Orleans

So, where will Winston land? It’s quite possible he goes right back to the Saints. New Orleans is waiting for a definitive word from Brees, but if the star retires as expected, the team wants Winston back. While the star-studded New Orleans offense under the direction of head coach Sean Payton would be a great opportunity for Winston, questions remain.

For starters, the Saints didn’t use Winston when given a chance in 2020. Instead, it was the team’s other backup quarterback, Hill, that drew the replacement starts. Hill went 3-1 as a starter, throwing for 928 yards and four TDs against only two INTs in 2020. He is also a weapon on offense in general, lining up at tight end and running back at times. Hill is under contract in 2021, and his four-game stint as Brees’ replacement seemed to be an audition to see if he could be a starting quarterback.

The reports that the Saints want to bring Winston back leave plenty of questions. Could the team plan to use Winston with Hill the way they’ve used Brees? Is Winston competition? Is he a veteran backup in case Hill struggles? The answer to those questions would have an impact on Winston’s fantasy value.

Would Winston even want to come back if he wasn’t guaranteed a shot at starting? Will he draw interest from other teams?

When we last saw Winston as a starter, he finished as QB3 in fantasy with the Buccaneers. His reckless play and turnovers can be a detriment to an NFL team, but he is a boon to fantasy owners. That’s why many held on to the one-time top overall pick through the 2020 season, hoping to see him get a shot in 2021.

If Winston became the starter in New Orleans, he’d have Top 12 potential. The Saints’ offense still features Alvin Kamara and Michael Thomas, along with second-year tight end Adam Trautman. With Payton calling the plays and weapons all over the field, Winston could put up big numbers again. Even in a split role with Hill, Winston would have fantasy value. That might end up being the best fit as the Saints return a strong core from a team that went 12-4 and won the NFC South again in 2020.

Winston’s trade value is as low as it can be after attempting only 11 passes in 2020. If you have him, hold him and hope he gets a starting shot, either in New Orleans or elsewhere. If he’s on waivers or can be acquired for a late-round draft pick, it’s worth taking a shot on Winston, especially in Superflex.