CAREER VALUE: FROM PROSPECTS TO PROS

Looking at our Prospects to Pros Edition, we begin with who else, Trevor Lawrence. Lawrence is thought to be a generational prospect, the odds-on-favorite to be the #1 pick in the 2021 NFL Draft, but how does he stack up against current NFL Fantasy Quarterbacks? 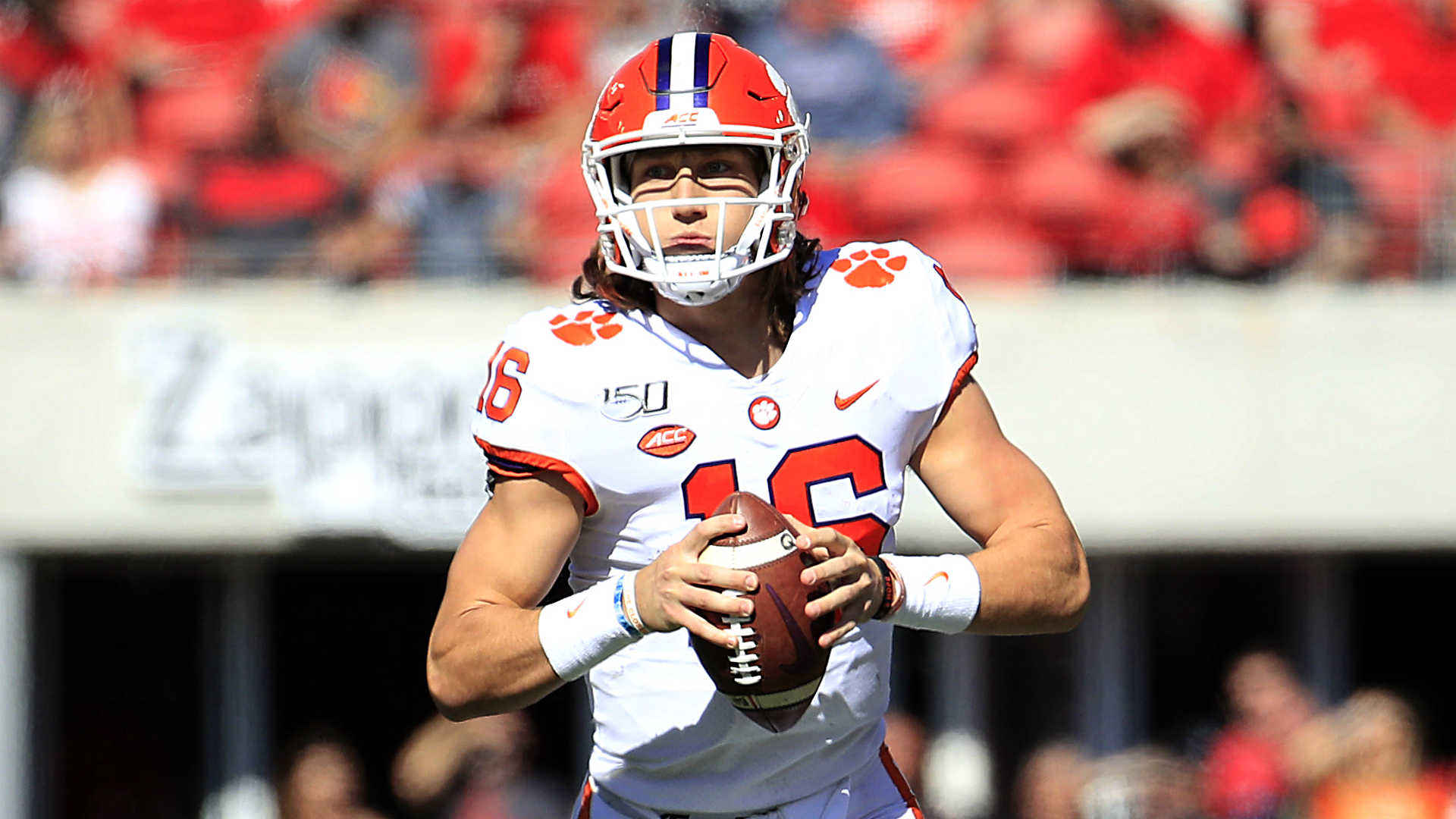 Trevor Lawrence was one of the top high school recruits that we have EVER seen. Playing for Cartersville, GA Trevor Lawrence broke Georgia state records set by DeShaun Watson. Lawrence threw for 13,902 passing yards and 161 passing touchdowns during his high school career, while captivating the imagination of college coaches everywhere. During his senior season, Lawrence threw for 41 touchdowns and just one interception and was clearly ready to take his game to the next level.

Trevor Lawrence was immediately productive during his freshman season at Clemson. Lawrence supplanted then starter Kelly Bryant after four games, which caused Bryant to transfer to Missouri. Trevor Lawrence displayed poise beyond his years, producing 30 TD, 4 INT on a 65% completion percentage. Lawrence capped off his freshman season on college football’s biggest stage with perhaps, his best performance. Against the favored Alabama Crimson Tide, Trevor Lawrence completed 20 of 32 for 347 yards, 3 TD and 0 INT. The Clemson Tigers pulled away in a stunning fashion, wrapping up the National Championship 44-16.

Lawrence began his sophomore campaign a bit slower than initially anticipated. Moving past what appeared to be boredom, Trevor Lawrence was able to right the ship to the tune of 3,665 yards passing with 36 TD passes, 8 INT on a 66% completion percentage. Lawrence carried an undefeated college career into a second National Championship appearance in two years. As opposed to his stellar performance in 2019, in the 2020 College Football National Championship, Trevor Lawrence showed us that he is indeed human. Having perhaps the worst game of his career, Lawrence was just 18 of 37 for 234 yards, 0 TD and 0 INT in the first and only loss of his college career.

Where do we begin.? Trevor Lawrence has the prototypical size for an NFL quarterback. If you were to design a QB in a lab, it might very well be Trevor Lawrence. It is evident that Lawrence possesses unbelievable arm talent that can place the ball wherever he wants, anywhere on the field.

Trevor Lawrence can make EVERY throw as he stretches the field, both horizontally and vertically, with remarkable arm strength. Trevor Lawrence always keeps his eyes down the field and makes the proper read, while manipulating the pocket like a seasoned vet. The kid’s got moxie and has shown the ability to elevate his game to match the biggest moments. Lawrence plays with excellent body control through his lower half, and his fundamentals are exactly what you’d like them to be.

It’s scary to think that Lawrence has underrated athleticism and can affect the game with his legs when called upon. Lawrence stands tall in the pocket and has shown the willingness to take a shot while starring down the barrel. It is crystal clear that Trevor Lawrence has every tool in the tool belt for a Franchise NFL quarterback.

There is a fine line between confidence and cockiness, and Trevor Lawrence flirts with that line at times. Lawrence believes in his arm, which he SHOULD; however, he believes he can get the ball into even the tightest of windows, which can cause an errant throw. On shorter passes, Lawrence has shown a tendency to push the ball rather than letting it rip. The question remains, what’s going to happen to Trevor Lawrence when he is not head and shoulders the best player on the football field at the next level?

Trevor Lawrence is getting a ludicrous amount of hype heading into his junior season at Clemson, and it is 100% justifiable. Players like Trevor Lawrence come around once in a generation. Had he been eligible, there is no doubt in my mind that Trevor Lawrence would have been the #1 overall pick in 2020, IF NOT 2019. Trevor Lawrence WILL be the headliner for the 2021 NFL Draft class regardless of position.

The 2021 NFL Draft will once again be LOADED with talent at all skilled positions. If you can acquire a Top 5-6 2021 Rookie Draft pick, I would consider it an incredibly valuable asset!

The sky is the limit when evaluating Trevor Lawrence for dynasty purposes! I would consider him a Top 3 pick in 1-QB leagues and the locked and loaded 1.01 in Super-Flex or 2-QB leagues. I see no reason to think that Trevor Lawrence cannot be the ‘Next Big Thing’ at the quarterback position, including having a significantly higher ceiling than the #1 pick in the 2020 NFL Draft Joe Burrow.

Trevor Lawrence is a borderline Top 5 quarterback in dynasty leagues beginning in his rookie season. Sometimes players are overhyped, and other times, you simply have to recognize greatness and react accordingly.

When evaluating prospects to the pros at the quarterback position, I felt it essential to begin at the top, which is clearly Trevor Lawrence. Lawrence is the top QB we have seen at the collegiate level in a decade. For a player we all have been monitoring since his star-studded high school days, we cannot wait to see Trevor Lawrence in the pros.

For more on our ‘Prospects to Pros’ series, stay tuned for our next article, and as always, you can check out the podcast–Fantasy Team Advice–on Apple Itunes or anywhere you listen to your podcasts.