Jumping way down in ADP for our next Value-Based Players: Teams A-Z installment. @TripleDFFP breaks down Reggie Bonnafon of the Carolina Panthers! Find out why one of the lowest ADPs in the market can be a HUGE value for your team. 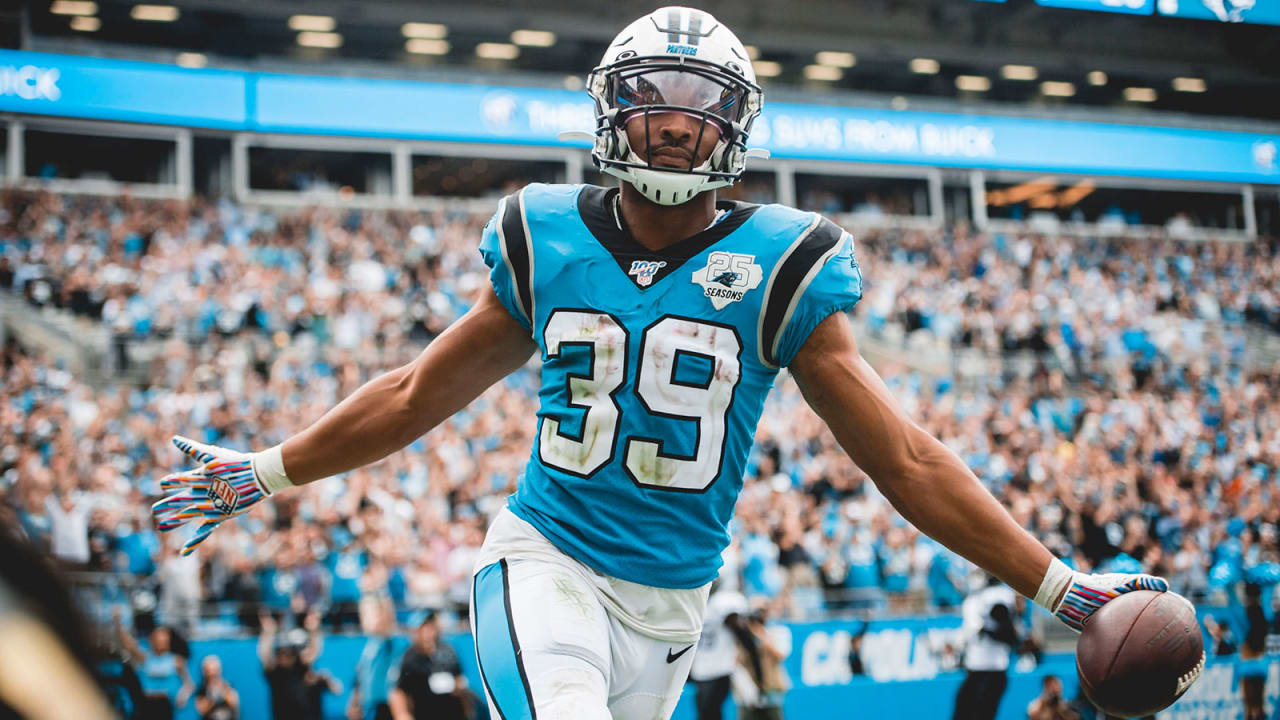 I’ll start this off by saying that not every one of our profiles in this Value-Based Players series covers a heavy hitter. This run aims to identify players on each NFL team that can offer you the highest ceiling for the lowest cost. Today’s focal point, Reggie Bonnafon, is the personification of that philosophy. He finds himself in a particularly advantageous situation as the backup RB in Carolina behind All-Star, Christian McCaffrey, yet is being disrespected in startup drafts. To get this man the credit, he’s due. Let’s dive into his value using his price tag compared to his possible upside!

When checking PlayerProfiler.com for current ADPs on dynasty players, you’re going to have to scroll a while to find ‘Ol Reggie. He’s way down there. Below 3rd stringer Darwin Thompson, almost 100 spots under 4th string Justice Hill, he’s even lower than 5-way committee member Bryce Love who has yet to play an NFL down in his career.

That price begs the question… Why is he the forgotten handcuff?

Maybe it’s because of his non-traditional collegiate career, which saw him bounce from position to position? Throughout his four seasons as a Louisville Cardinal, Bonnafon played QB, WR, and RB. A testament to his athleticism and intelligence but a hit towards his perceived talent at any one spot. Reggie closed out his final season at Lousiville as a hybrid RB/WR with 93 carries for 459 yards and 7 TDs accompanied by 21 receptions for 182 receiving yards and 1 TD. A modest stat line that doesn’t blow you off the page.

We’ve seen lackluster collegiate outings leave player’s relevance unscathed though… So that can’t be it.

We know he wasn’t pushed down ADPs because of his athleticism. Bonnafon is a hyper-athletic player. He ranks in the 88th percentile of qualified RBs in burst score and the 71st percentile in agility, according to PlayerProfiler.com. He’s also shown the ability and football IQ to play all across the field, which is no easy feat.

2 non-combine players from @UofLFootball on NFL radar after pro day:

It could be his NFL production that has caused drafters to fade him? As an undrafted free agent, Bonnafon had to fight to make the 53 man roster on the Carolina Panthers. Once on the team, he still had to muscle through an entire 2018 season riding the bench. After earning his way into playing time in 2019, he finally found his window of opportunity during the Week 5 matchup against the Jacksonville Jaguars. A game where he broke loose for a 59 yard TD inflating his minuscule 16 carries in 2019 to an impressive 7.3 yards per attempt.

Reggie Bonnafon got the call and boy did he DELIVER!!!#KeepPounding pic.twitter.com/GXQ8mqpOlc

Honestly, I don’t think any single factor is directly responsible for Bonnafon’s abysmal ADP. If I had to guess, I would say that he is being overlooked due to the totality of his circumstances, a lackluster collegiate career mixed with an undrafted entrance into the NFL, and a lack of buzz surrounding his name. All in all, people recognize that Bonnafon is just average. But if you really think about it… Average and overlooked has won many championships once thrust into the spotlight. Names like Wayne Gallman, Raheem Mostert, Breshad Perriman, and Latavius Murray all come to mind. And much like their rise to relevance due to unforeseen circumstances, I believe that if CMC suffers an injury, Bonnafon could EAT. Even at a fraction of McCaffrey’s workload, he would outkick his pricetag and jumpstart any team. Make no mistake though, ALL of Bonnafon’s production is predicated on a possible injury.

So now that we’ve established that he, in fact, holds value. How much will it cost to acquire him?

It will cost nothing. He is free. As free as free can get. If you’re in a startup, draft him with your last pick. If you’re in an established league, pick him up off the waiver wire. There is no other bonafide backup in this league with a price as low as Bonnafon’s, so just go get him.

Pick him up and stash him for the rainiest of days… If it ever comes, you’ll be happy you did.

Are you a #NerdHerd member yet? For just $2.99/month, you get access to rankings, extra podcasts, the buy/sell tool, and more on the way. Find me on Twitter @TripleDFFP