It’s easy to forget about today when thinking long-term in dynasty. @TubaDeus nails four WR to help you win today. 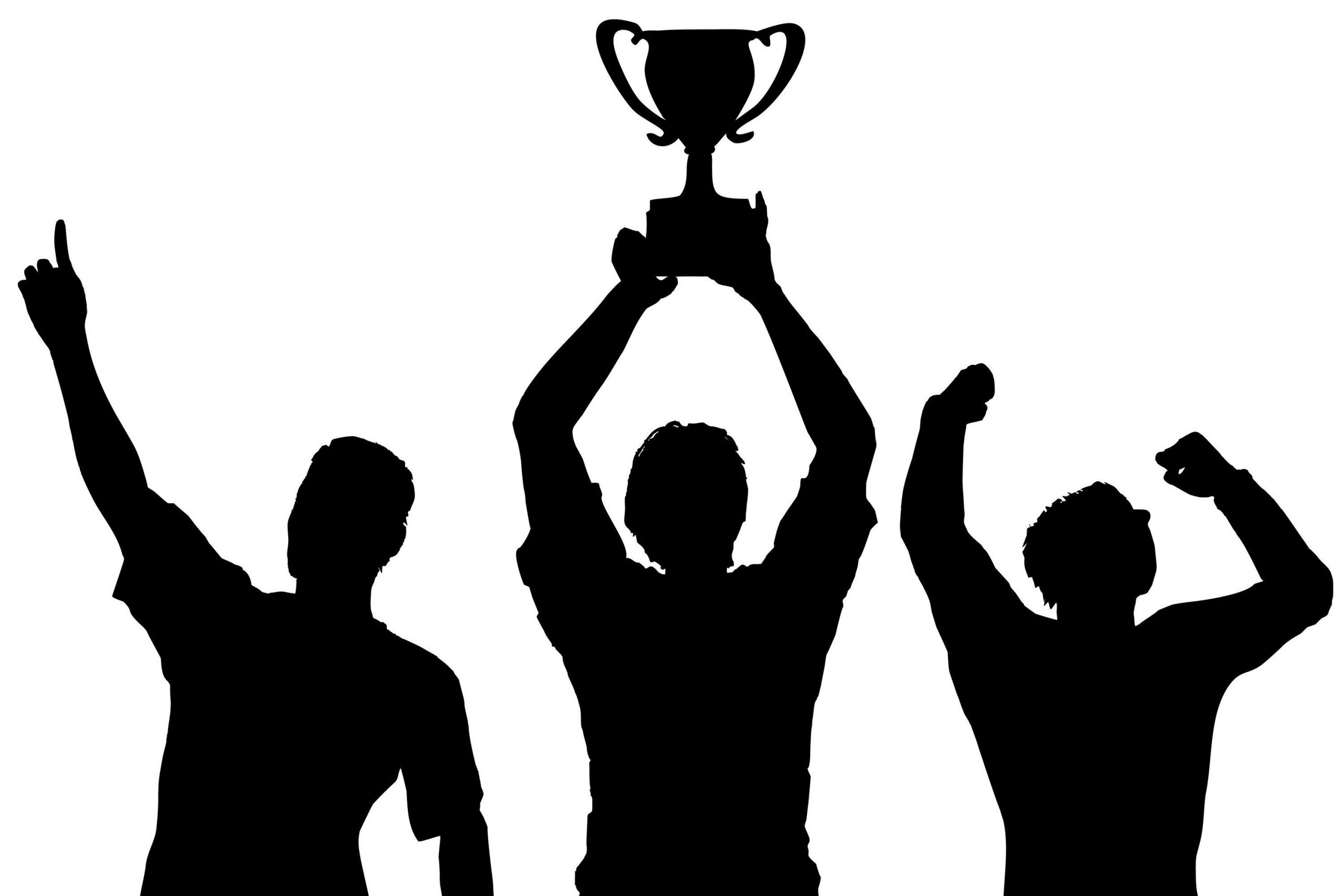 As the name implies, dynasty fantasy football is all about building a dynasty and being competitive every year. However, the point of fantasy football is still to win championships. To do that, you need more than just a strong core; you need to supplement with the right breakout candidates to raise your team to the next level. Here are some undervalued WRs to target to help you bring home the ‘ship.

All ECR ranks are pulled from FantasyPros PPR Dynasty Rankings.

I understand why Diggs is low in dynasty rankings. Between him never having been a high volume WR and tons of question marks about whether Josh Allen is even a decent QB, there are plenty of reasons not to like him. However, both of those points require asterisks.

An Uptick In Targets

Let’s start with Diggs’ historical volume. It is true that Diggs struggled to see elite target levels in Minnesota. He fell below 100 targets three times in five years en route to recording only one season of elite volume (149 targets in 2018). What often gets left out of this picture is how little the Vikings have thrown the ball in the last five years, especially to their WRs.

Over the last five years, the league average drop back rate has hovered right around 59%, while the average WR corps has picked up about 57% of the targets. In that time, the Vikings have posted dropback rates over 53% just twice and have targeted WRs above the league average, also just twice. Those events happened in the same season only once, not coincidentally Diggs’ 149 target season. While dealing with this low volume passing attack, Diggs has had to share the spotlight with fellow star receiver Adam Thielen. The two split duties as a 1A/1B pair, preventing Diggs from truly emerging as the outright WR1.

Now while it is true that Buffalo is similarly run-heavy – they have not exceeded a 55% drop back rate in any of the last five years – offensive coordinator Brian Daboll does lean heavily on his WRs when they do pass. The Bills WRs commanded a larger than average positional target share each of the last two years under Daboll, with their 62.8% mark last year ranking as the 4th highest in the league. That was with just Cole Beasley and John Brown leading the way. It’s not going down after adding a bona fide WR1 like Diggs. Speaking of which, Diggs won’t have to share the spotlight in Buffalo. He comes in firmly entrenched as the Bills’ WR1, solidly ahead of Brown and Beasley. Diggs should easily see his average volume increase in his new offense.

More Than Meets the Eye at QB

It’s no secret that Josh Allen struggles with accuracy. However, while Allen does have his issues, his receivers have not been helping him. The Bills posted the worst drop rate in the league last year at an astounding 7.0%. The year before, Allen’s top two weapons were Zay Jones and Kelvin Benjamin. Jones just proved incapable of cracking the Raiders depleted WR rotation last year, and Benjamin…well…

As proof that Allen can support a receiver, I give you John Brown. Brown is well known as a deep-ball specialist, which naturally comes with a very low catch rate. To wit, Brown entered 2019 with a career 50.2% catch rate and had fallen below 50% each of the previous two years. However, when paired with Allen in Daboll’s offense, Brown recorded a 62.6% catch rate, the second-best of his career.

Like I said above, Allen still definitely has his own accuracy issues, and we should not expect Diggs to match his 68.4% career catch rate. However, being paired with Allen likely won’t be the death sentence; the general consensus is making it out to be. Diggs should be a strong WR2 at worst with solid potential to be a long term WR1 as his rapport with Allen grows.

Among Sean McVay’s main three WRs in his famous 11 personnel sets, Woods has frequently been the forgotten name. Brandin Cooks/Sammy Watkins were the significant play threats, Cooper Kupp has dominated the red zone, but Woods has just been the possession receiver. What keeps getting overlooked is that being the possession receiver in McVay’s offense has functionally meant that Woods had been the Rams’ WR1 for the last three years. He led the Rams in targets each of the previous two years and was on pace to lead the Rams in 2017 as well had it not been for four missed games. Woods has consistently racked up catches and yards, providing one of the safest floors in the NFL and propelling him to finishes of WR11 and WR14 the last two years in PPR.

He’s in better shape going into 2020. With the departure of Cooks, the third WR spot is a question mark. Both Woods and Kupp should see an uptick in usage as the more established presences in the WR corps. That means we should consider his previous fringe WR1/2 output as his floor entering 2020. On top of the extra targets, we should expect some positive touchdown regression. In three years with the Rams, Woods scored five total TDs, seven total TDs…and three total TDs. Obviously, we’re not talking about a huge improvement in this department. Still, given that he’s in line for additional work from Cooks leaving on top of his expected positive regression, it’s hard to believe that we’d see a repeat of last year. His contract situation is a bit iffy, but for the team contending right now, his production on the field easily outpaces his fantasy value.

I think it’s pretty safe to say that Crowder’s value is so low for one reason and one reason only;

And you know what? That’s a fair assessment of the guy who owes his entire career to Peyton Manning (because Gase certainly has done nothing to earn his head coaching gigs on his own). However, even terrible coaches have a position that they lean on. For Gase, that position is slot receiver. As the head coach of the Dolphins, Gase heavily featured Jarvis Landry in the passing game to the tune of the 5th most targets in the NFL between 2016 and 2017. Even the pedestrian Danny Amendola found himself pacing the Dolphins in targets in 2018 after Landry left. It should come as no surprise that when Gase took over the Jets, Jamison Crowder instantly became the featured weapon in the passing game.

This doesn’t figure to change much entering 2020. New York downgraded its WR2 from Robby Anderson to Breshad Perriman. They did add Denzel Mims in the draft, but rookie wideouts are notorious for starting slow, and the COVID-restricted offseason is not going to help matters. There’s no reason to believe Crowder will regress entering his second year with Gase, which means we should easily expect another 120+ target season. That target load last year placed him right on the edge of WR2/3 territory, so expect similar output again this year. It’s nothing amazing, but having that safe weekly flex play at the price of a deep bench stash is a solid return on investment.

DeSean Jackson is a nearly-34-year-old deep threat. There’s no debate that he’s on the back nine of his career, and his dynasty value reflects that. However, few receivers at Jackson’s age have the kind of opportunity for immediate success that he has this year. Injury has decimated the Eagles receiving corps yet again entering the 2020 season; Alshon Jeffery is fighting a PUP list designation while touted rookie Jalen Reagor will miss the first month of the season.

Sure Jackson doesn’t have the best injury history himself, but the important thing is that he is healthy when the other starters are not. Remember his 8/154/2 explosion week one last year? With an expanded target share, he could post multiple games like that until the other starters return to health. At worst, Jackson will provide flex worthy production for the first few weeks, with the potential to single-handedly win you games. At the cost of “basically free,” this is a steal for a team looking to compete right now.

Find this article helpful? You can follow me on Twitter and Reddit at TubaDeus, though I spend most of my time on Discord. The DynastyGM is changing the way you manage your dynasty teams. Find out how your team stacks up against the rest of your league, see which positions you are strongest, and find a trade partner.