Captain Kirk makes the list this week for the first time in Changing the Call by @MikeMeUpP. Read the article to see where other familiar faces fall! 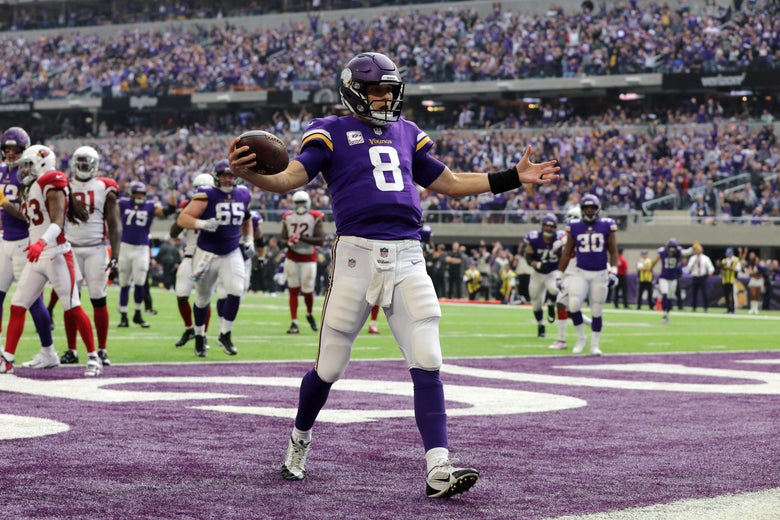 If you’ve been following along so far, we’ve been rolling with the picks, hitting 46 of 63 for a 73%+ hit rate. Hopefully, we can keep this good streak going. Without further to do, let’s get it!

I’m dipping back into the well this week with my Brissett start as he has an inexplicably low QB21 ranking. I know last week wasn’t the greatest showing as Reich decided to #EstablishTheRun for no reason but I expect them to let Brissett sling it a bit more this time around. The Titans appear to be a team reborn with Tannehill at the helm and they should be able to put up points so Indy will have to respond in kind. Also, another week removed from injury and with a full week of practice, I expect TY to be much more involved in the game plan this week. Titans secondary is also very beatable to the pass which I now expect Reich to realize and take advantage of this upcoming week. If not, then maybe Reich isn’t the great coach we all thought he was and I’ll have to reassess next week. Either way, I expect him to easily return the QB21 value as a fringe QB1 this week.

I’m not fooled. That secondary still leaves much to be desired and I fully expect Cousins to be able to take advantage. Cousins seems to have overcome his Primetime choke job so traveling to Seattle shouldn’t be an issue any longer. On the flip side, the Vikings secondary is atrocious and a top pass funnel for which I expect Wilson to take full advantage of. And as Russ scores, Cousins will have to respond in kind which should make for a juicy fantasy matchup for everyone involved. It’s honestly surprising to me that experts have Russ as a top 5 rank (deservedly so) but have Cousins so low. Seems they don’t grasp the concept that it often takes two to tango. I’m expecting a top 10 finish for Cousins this week so fire him up comfortably.

My hate for West Coast Bortles is well documented. I know he has been atrocious for the past little while, scoring zero TDs in the entire month of November. Trust me, I threw up a little in my mouth just putting him on this list but this is a matchup and ranking that can definitely return value. The Cardinals are one of the most generous defenses for opposing QBs and despite being on the road, the game will be played in a dome. And as we just saw, the Rams D is very susceptible to running QBs so I expect Murray to take them for a spin, taking full advantage of Lamar’s sloppy seconds and Goff is going to have to match it on the backend. Although I do think the Cardinals D is a decent play for DFS cause I expect Goff to get sacked and turn the ball over, I still think Goff can put up the numbers to return fringe QB1 value. I know everyone is flocking to the Saints/Falcons game but I think this game has sneaky shootout potential. It’s kind of funny now that everyone is off of Goff, I’m the one advocating to start him.

Despite every single other team lighting up the Bucs secondary, Ryan and the Falcons struggled in what was a blowout. The Saints are the superior team and I expect them to come out with a vengeance in this matchup to prove the last time was an outlier, not the norm. I know that the Saints just yielded a monster performance to Kyle Allen and the Panthers but the key difference here is that the Falcons do not have a CMC to lean on. They are a very one-dimensional team and I feel like the Saints D should be able to exploit that. Not having Lattimore hurts but the Bucs didn’t have anyone remotely close to Lattimore’s level and Ryan still struggled. The QB7 price tag is way too lofty for my liking and I would expect him to finish outside of the top 12.

Last time I put Ryan on this list against the Saints on the road, it didn’t exactly work out but I’m chalking that one up to more of a fluke because we just saw what Ryan did at home vs the Bucs. It was atrocious. Don’t get me wrong, Dak is my boy and I’ve liked him since the offseason so it doesn’t feel great putting him on this list but it comes down to the matchup here more than anything. Even though they are heavy favorites at home, Buffalo’s pass d is elite. They have who I believe is the 1B to Gilmore’s 1A in the league right now in Tre’Davious White. Arguably the most underrated and disrespected CB in the league right now. Every time I see a top 5 CB ranking without him on it, I automatically stop looking because it means they simply aren’t watching the same game as me. If you go back and look at the stats or the film, White has been locking down elite WRs going back to last year. And as good as Dak has been, he has struggled whenever facing top tier defenses (Patriots & Saints). Most of his production came against the bottom 10 passing defenses. Despite Dallas being heavy favorites, I don’t think those points will be coming by way of Dak through the air. The Bills are a run funnel D given their pass D prowess so I’m expecting the Cowboys to lean heavily on Zeke to carry them to the promised land. Unless he sneaks in for a rushing TD and some yards on the ground, I expect Dak to struggle and miss his top 10 price tag this week. I’d look elsewhere.

That’s all for this week folks. Follow me @MikeMeUpP and make sure you subscribe to the #NerdHerd for more exclusive content. Don’t forget to tune in next week for more start/sit analysis from your @DynastyNerds writers!