Darnold, Rodgers, and LJax all make this edition of Changing the Call by @MikeMeUpP but they probably aren’t where you expect them to be! 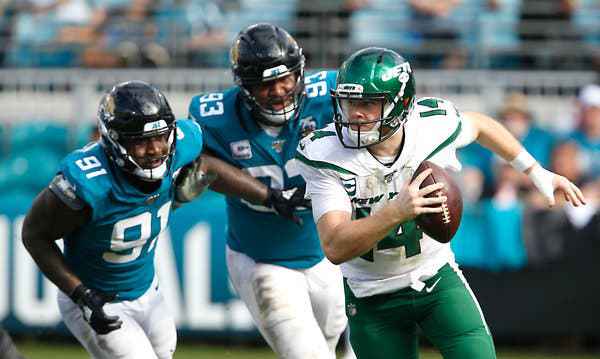 If you’ve been following along so far, we’ve been rolling with the picks, hitting 30 of 41 or a 73% hit rate. In fact, we hit nothing but net last week going for a perfect 5 for 5. Hopefully, we can keep this good streak going. Without further to do, let’s get it!

I get it. Darnold just had 2 of the worst games I’ve ever seen and he was caught on camera saying he was seeing ghosts so I can get your hesitation with putting Darnold in your starting lineup but here’s my counterpoint…Dolphins. Per PFF< the Dolphins D rank top 4 for points allowed to opposing QBs. Not to mention their top CB Xavien Howard just got put on IR. In the words of Agent Smith, “Hello, Mr… Anderson”. Anderson might be my highest owned WR in DFS this week and I’m expecting big things from both him and Darnold. You can say that this is the exorcism that Darnold needed to rid him of the supernatural. Fire up Darnold comfortably this week.

Derek “Clean Pocket Throwaway” Carr makes my start list for the 2nd week in a row. Meanwhile, I’m recommending to sit Brady for the 2nd week in a row. What a time to be alive folks. But this is what the matchup dictates. Danny Dimes just finished as the QB1 last week against this same defense. This game has all the key makings of a shootout with the highest O/U of the week at 50.5. Lions no longer have Kerryon so we can expect Stafford to continue airing out and Carr will have to keep up. Also, it doesn’t sound like Slay will be active either which will be huge for Tyrell Williams who is another sneaky DFS play this week. Overall, I love the potential in this game and will be firing up all the key fantasy assets with confidence.

Minshew mania is full-on and I’m here for it. I’m staying in the flames this week as Minshew is coming off his best performance this season and looked fantastic doing it. Granted it was against the dumpster fire Jets but this week he gets one of the best pass funnel defenses in the NFL and one I’ve been targeting with my starts. The same defense yielded a QB6 finish to Derek Carr last week. Also, they’ve just lost JJ Watt for the season which means a significantly worse pass rush. This is the 2nd meeting of these teams and I’m expecting a much higher scoring affair than last time. He’s already ranked pretty high so there isn’t much room for error here but I think a top 5 finish is in the cards here. I’m personally starting him over Lamar Jackson this week in a couple of my leagues.

Now if y’all follow me on Twitter, you’ll know that I am the President, CEO, and co-Founder of the Lamar Jackson fan club. I am constantly rushing to his defense against the misguided haters so it really hurts me to put him on this list but it’s against the Patriots defense. I saw a lot of misguided “bUt tHeY oNLy pLaY bAd teAMs” takes but those people honestly just don’t get it. To that, I say look at the table below which shows the passer rating of opposing QBs facing the Pats vs rest of the teams they’ve played. This is an elite defense and if your offense is one dimensional, which the Ravens offense currently is without their top weapons, they will pick you apart. I don’t expect LJax to completely flop cause he can always create with his legs but the QB6 price tag is way too lofty for me. Don’t be surprised if he finishes outside the top 12 with a mediocre showing this week. Although secretly, if I’m wrong about this one I won’t even be made given he is my highest owned QB across my leagues.

The GOAT once again makes it back on my list. As long as these experts keep overrating Brady from a fantasy perspective, he’ll keep making it onto this list. I don’t expect this to be a shootout game as I think both teams will be keeping things primarily on the ground in a low scoring affair. Also, contrary to popular belief, the Ravens D has been pretty beatable on the ground so I’m expecting a heavy dose of Michel this game.

Brady and Rodgers both making my list together for the 2nd time this season. You might think I’m crazy for putting Rodgers on here after his top 3 performance last week on way to his MVP campaign but I’m expecting this to be a more run-heavy game. Also, this game has the makings of one of the slowest paced games on the slate per Pat Thorman. Packers aren’t world beaters by any means but they’re Usain Bolt compared to Chargers who has the second-slowest situation-neutral pace in the NFL. We’ve also seen the Packers D be extremely leaky against the run. The Chargers with the long-overdue firing of their OC, I’m expecting them to continue to be more conservative in the play calling and lean heavily on both Gordon and Ekeler in this contest to try and keep Rodgers and the Packers off the field. Rodgers definitely won’t need to pull any heroics through the air to win this game so I wouldn’t be surprised at all to see a 250 yard 1 TD stat line from the Discount Double Check.