Danny Dimes makes a 2nd appearance in the latest edition of the QB start/sit by @MikeMeUpP. Check out who else made the cut! 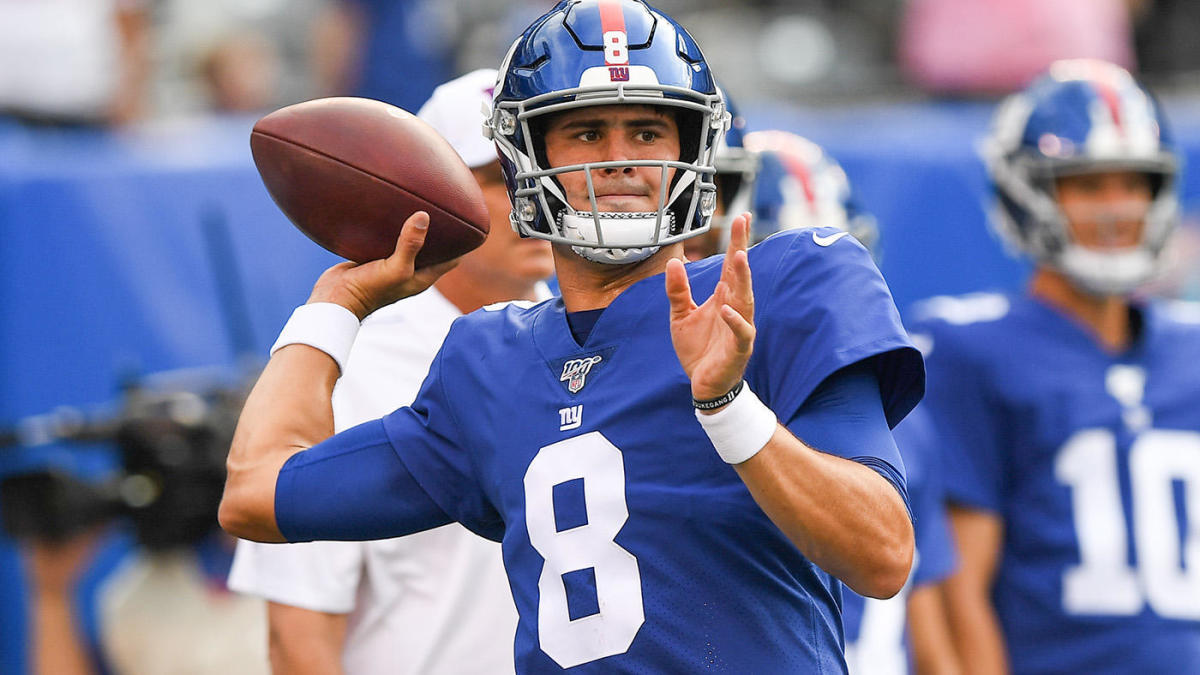 Your boy is here to kick things off with quarterbacks! QBs are important decisions to make week-to-week, especially if you’re streaming. I’ll be covering both single QB and Superflex formats here by offering some start options beyond the top 12 QBs every week.

If you’ve been following along so far, we’ve been rolling with the picks, hitting 21 of 31 or a 68% hit rate. Hopefully, we can keep this good streak going. Without further to do, let’s get it!

I know he was a major disappointment last week but I’ve got a short memory, especially when it comes to my guy so I’m dipping right back into the well for this week. Honestly, it was my fault for not seeing this one coming because the Saints D has been playing at an elite level ever since week 4. They held Dak to a QB24 finish and Winston to an okay QB13 finish, most of which was done through garbage time. And it’s not like Jaguars are ripe with talent on the offensive side of the ball. It’s DJ Chark and that’s it (DeDe is trash, don’t even try). And Lattimore has been playing at an All-Pro level and was able to limit Chark significantly. This week though is a different story. He gets the Swiss cheese Bengals D who will be even worse than normal after losing two of their starting DBs. Another benefit of this week is the rushing floor that Minshew should be able to provide which he was lacking last week. But Bengals D is one of the worst defenses against running QBs (Allen – 51 yards, Murray – 93 yards & 1 TD, LJax – 152 yards & 1 TD). Can comfortably put Minshew in for 30-40 yards rushing to boost his floor. The Minshew/Chark stack is going to be juicy one this week in both season-long and DFS. Fire up #PornStacheMinshew with confidence and leave last week in the rearview.

Another prodigal son returns to this week’s start list. Ever since he put up overall QB1 performance, Danny Dimes has been playing more like Danny Nickels and looking a lot more like the rookie we expected them to be. He just came off his worst performance of the season but I’m not holding it too heavily against him given it was on the road, on a short week, against the Pats secondary while without having Barkley or Engram who is the 2 best offensive players on the team. There was a lot of bad, but Belichick has been doing this to rookie QBs for decades which is why he also has a perfect record against them in his career. There was also a lot of good, one of which was the clear connection he had with Golden Tate. This week he gets his best playmakers back and is going up against a bottom 3 defense in the Arizona Cardinals. I have DJ as a top 10 play this week and with 5 upside if things swing his way.

It seems like forever ago that we last saw Brissett on the field but it sure was glorious as the Colts upset the Mahomes led Chiefs at Arrowhead. Granted they did it with their defense and ground game as Brissett put up pedestrian numbers but it was a feat nonetheless. This week, they’re at home against the Texans with an above-average O/U. We know Watson and Texans can put up points and Houston’s run D (ranked 11th per Football Outsiders) isn’t nearly as putrid as the Chiefs (ranked 31st per Football Outsiders) so Colts likely won’t be able to control the clock as well as they did against the Chiefs. Also, the Texans will be without Roby who was one of the better defenders on an already depleted defensive roster that should open up the passing lanes for Brissett. Hilton should also be active this week coming off multiple weeks of rest. All in all, things are looking up for this Colts offense and I’m expecting Brissett to return borderline QB1 value this week.

I know, here I am as a Pats fan putting the GOAT back on my sits of the week. Logic on this one is very similar to why I had Dak on this list last week, this is another expected blowout game where the Jets are not expected to put up many points so Patriots should be able to do the majority of their damage on the ground. The key difference here is that I don’t expect the Jets to jump out to a 2 possession lead on the Patriots. I also think this Jets D is low key pretty decent and Brady on the road this year hasn’t exactly been a world-beater. It’s definitely risky to include the GOAT here for the 3rd time but the choices were pretty limited this week.

If you thought the last one was a spicy pick, I’m going way against the grain on this by picking one of the top-performing QBs this season. Ryan is coming off a career performance where he put up a perfect passer rating against the Cardinals and this game is slated to be one of the highest-scoring games of the week by Vegas and yet, here I am. Y’all may think I’m crazy and you know what? Maybe I am but I’m going with my gut here on this one which is primarily driven by the Falcon’s awful OL. The two times this year that Ryan faced a decent defense, he put up some pretty pedestrian finishes (Titans – QB16, Vikings – QB14). I’m expecting Donald to feast in this one and oh, let’s not forget that Ramsey has just been added to the secondary. Better coverage in the secondary should translate into a better pass rush. I’m not saying Ryan will bust but I don’t think he’ll live up to the lofty QB4 ranking. A low QB1 to higher-end QB2 range is a very possible outcome in this one and I actually think that both DJ and Minshew can finish above Ryan this week.

We need you for one last vote in the finals here.

Go vote for @DynastyFF_KyleM! He is one of us!

All of the memes and campaigning have lead to this. It is going to take all of your support to help your favorite analyst walk away with the win. Good luck!

This is the Championship Matchup in the Twitter #FantasyBracket

We’re only 48 subscribers away from 1k on our YouTube channel! Subscribe below to help us reach our goal and in exchange we’ll send you a virtual high-five!
#winwin
https://www.youtube.com/channel/UCyMng_8VKXye0ObmRX7Occw

We’re only 48 subscribers away from 1k on our YouTube channel! Subscribe below to help us reach our goal and in exchange we’ll send you a virtual high-five!
#winwin

In Part 5 of 20 Projections for 2020, I wrote about one of my favorite players in the NFL. Link is below hope you enjoy it!