In a week with a lot of locks, here are some other considerations for your starting QB spot. @tyler_grez has this week’s Changing the Call! 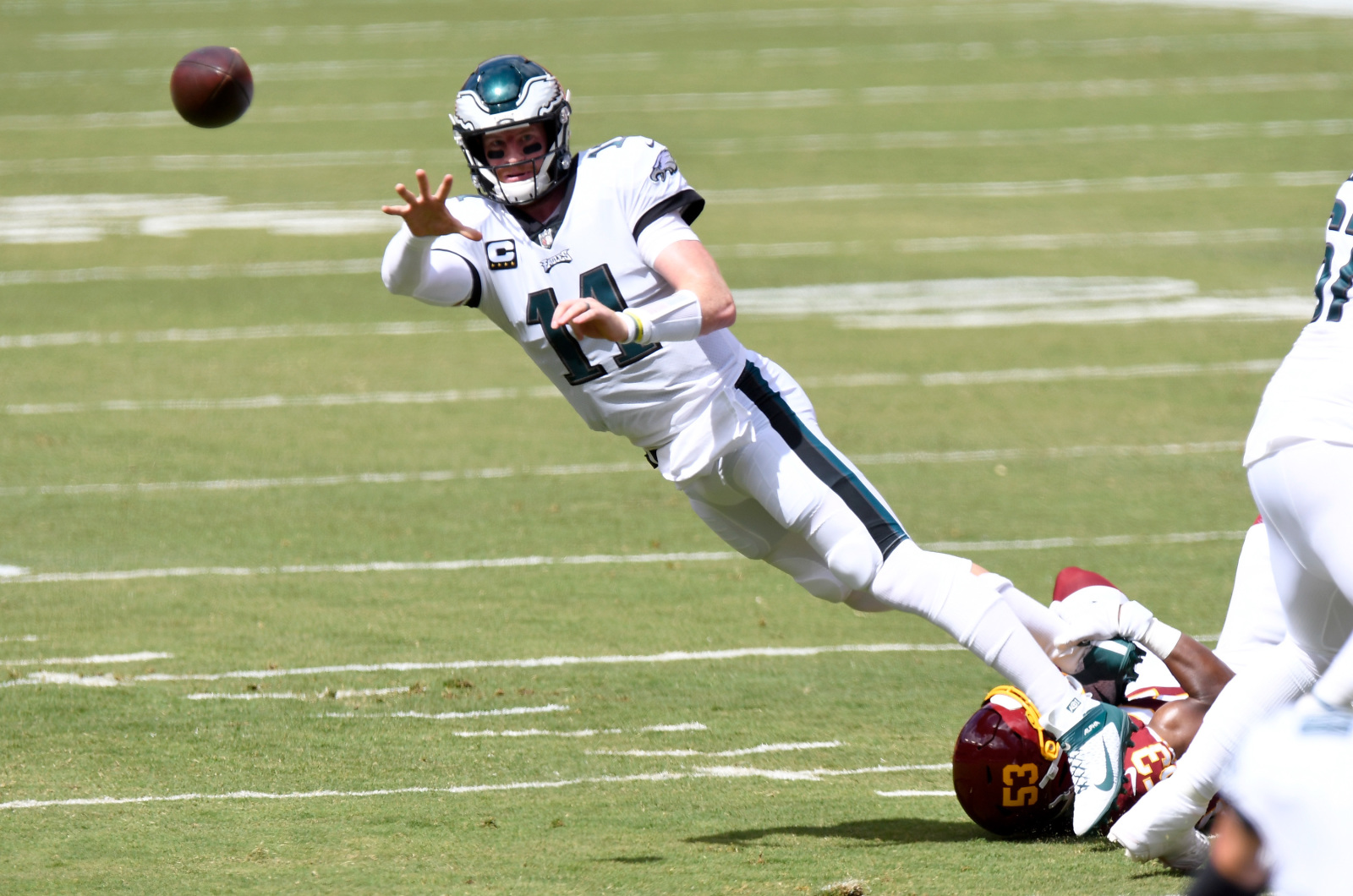 Newton’s rushing floor has prevailed again. Newton continues to be one of the best possible bench quarterback situations you could have fallen into this past redraft season. The passing work isn’t pretty, but the propensity for offensive coordinator Josh McDaniels is going to keep Cam Newton fantasy relevant for the remainder of 2020. Newton came into the week as the 13th best option and finished as the QB8.

Last week’s finish marked two consecutive top 10 weekly finishes for Drew Lock. Lock once again led a strong second half for the Denver Broncos to keep the Falcons on their toes. Ultimately, the Broncos fell short, but their resiliency is of note. Games with potential for garbage time will prove to be fruitful for Lock. Lock is also beginning to connect and find some chemistry with budding rookie receiver Jerry Jeudy. Drew Lock shattered his pre-week rank of 18 by finishing as the QB4 on the week.

Tua Tagovailoa was very impressive in his debut against the Arizona Cardinals. Tua’s ability to make the play when it mattered most was on display, and he did enough to lead his team to a 34-31 victory. I expect Tua to add some rushing value as he gets more comfortable in the offense. Tua was rated as the 20th quarterback coming into the week and finished it as QB16.

Tannehill finished as the QB20 in a week, where he came into it as QB12. There seems to be a common theme surfacing amongst quarterback plays on a weekly basis. The one in question here is the Chicago Bears. Don’t play your opposing quarterbacks against them. Tannehill will continue to be a middle of the road quarterback option with QB1 upside but needs to be selected carefully.

I don’t believe there are 21 better options to play at quarterback this week. This week overall, from a quarterback standpoint, is actually really tough. There are not a lot of good matchups this week, so there won’t be a ton of decisions to make this week. However, when it comes to Bridgewater, I believe that he’d be a better play than some of the players ranked ahead of him. Bridgewater has been relatively matchup proof and has performed well against better defenses than what Tampa Bay will be throwing at him. I don’t think we should expect a top ten week from Bridgewater this week, but I expect him to finish around the top 15.

Consider this a Superflex play only, but Rivers should out-perform his pre-week 25 ranking at the quarterback position. Rivers draws the Tennessee Titans this week, and while their defense led them to success last year, they have been a little underwhelming on that side of the ball this year. I have fallen victim to this idea this year as well, but the Titans have been living off name value defensively. I don’t anticipate the Colts to give up a ton of points on defense, and I don’t foresee a problem with them being able to move the ball on offense. The Titans are giving up points to opposing offenses, and this could very well be a “get right” game for the Colts offensively.

Quite the contrary of the Titans, the Giants, have been underappreciated defensively. The team has been overperforming to their expectations thus far defensively. The over/under in this game is fitting, and I don’t believe the over hits dramatically, if at all. The Eagles offense, while getting healthy, is still in relative shambles. Wentz has been trying to do it all, and it shows in his play. Wentz should still be able to put up some points against New York, but I don’t see him as a top 10 finish this week. The last time these teams met, Wentz barely put together a fantasy viable day. He was able to scrape together some points, but he won’t be able to do that every week. I believe this to be one of those weeks.