Looking for some Start/Sit advice heading into that critical semifinal? Changing the Call gifts you all the quarterback info that you need to be successful in Week 16. Let @Spydes78 be your guide to festive fantasy fortunes! 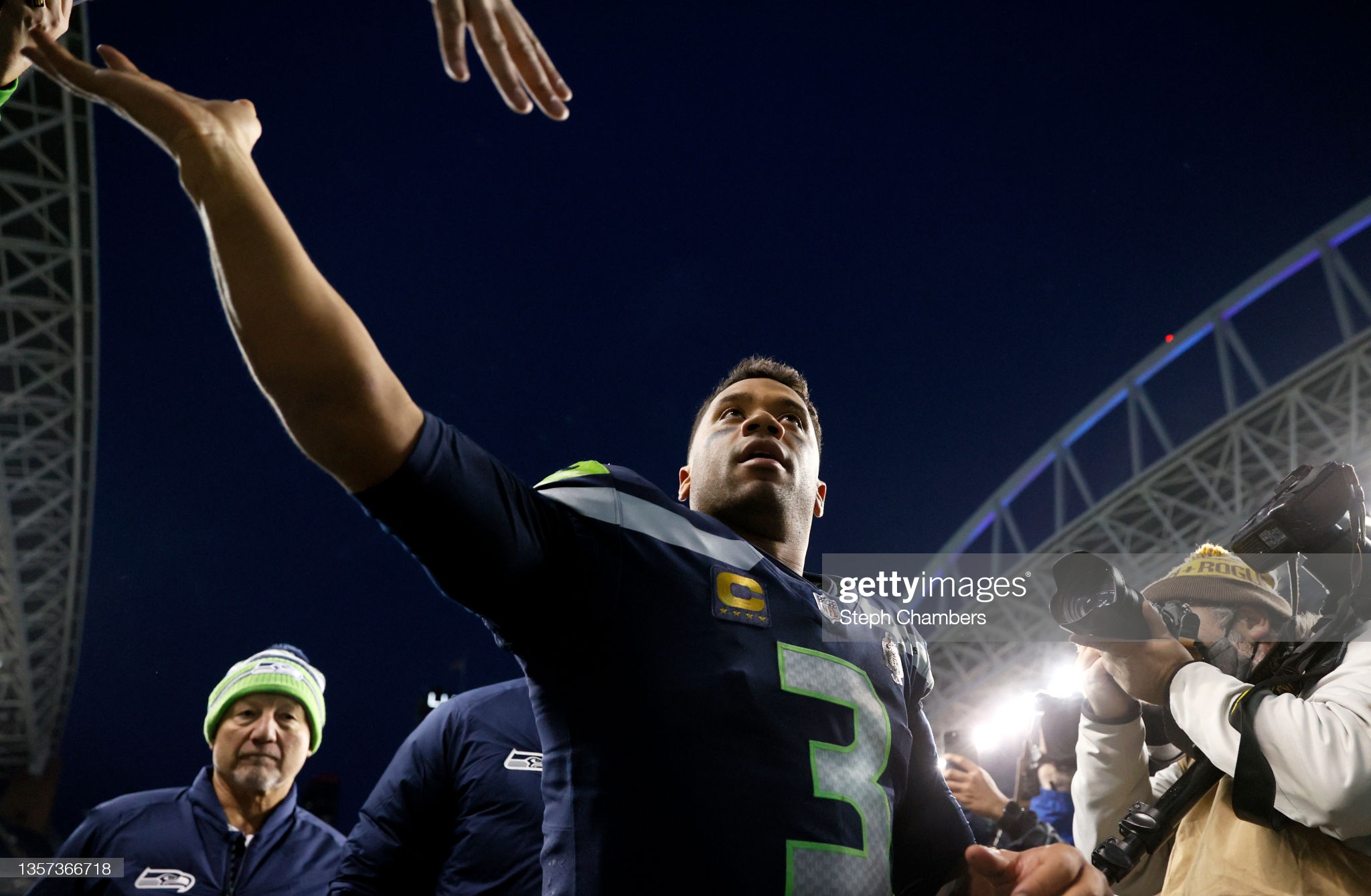 Whether it be player values or league settings, fantasy managers hardly ever seem to come to a consensus opinion. However, I think we can all agree that Week 15 was an abomination that we’d prefer to put firmly in our rearview.

Though they were unlikely to win you your matchup, my recommendations of Jimmy Garoppolo and Kyler Murray were serviceable enough not to cost you either. With 13.8 and 13.6 fantasy points, respectively, the pair finished high enough to qualify as top half performers for the week’s slate but were disappointing nonetheless.

Also, Zach Wilson had a middling week collecting 170 passing yards and a rushing touchdown against the Dolphins. As the QB16, he outperformed by sit recommendation, but hopefully, you had better options at your disposal.

Lastly, there was Ryan Tannehill. Just as I had suspected, he continued to flounder, amassing just 153 passing yards and an interception paired with a single rushing touchdown. His 10.9 fantasy points qualified him as the QB20, proving him bench-worthy again.

Of all of the quirky occurrences in Week 15, Brady being shut out on national television was perhaps the most perplexing. Sure, the Saints have a stout defense, so no one expected them to be a pushover. However, for the defending champs to be wholly dominated was unexpected.

With costly in-game injuries to Fournette, Evans, and Godwin, it’s certainly fair to wonder whether personnel played a role. And, given the long-term prognosis for recovery from these injuries, you may be cautious of lending your trust to the Bucs QB in a pivotal fantasy playoff matchup.

I could make an argument that Tampa has sufficient roster depth, with Antonio Brown returning, Ronald Jones waiting in the wings, and Brady’s long-time scoring partner, Gronkowski, always waiting to smash. But I won’t.

Instead, I will remind you that an angry Brady is most formidable. From the moment I saw that ill-fated Surface tablet sail over the Tampa bench in frustration, I thought, “Wow, I wouldn’t want to be playing the Bucs next week!”

That unfortunate assignment falls on Carolina. Losers of four straight, the fading Panthers will play host to the Bucs on the day after Christmas. And, I wouldn’t count on Tom being too jolly as he looks to right the wrongs of Week 15.

With an over/under of 44.5 and Tampa favored by a massive 10.5, look for a big scoring outburst in Charlotte this weekend. The forecast calls for 75F and sunny conditions, ideal for a bitter old man seeking revenge. Get off Tom’s lawn, NFL!

The Seahawks have been featured in either the late afternoon or evening time slots in five of the six games since Wilson returned from finger surgery in Week 10. So there’s a fair chance you’ve had an opportunity to see him play. And, if so, the recommendation to start Russ in Week 16 may be a bit surprising. But, hear me out.

Except for Tuesday night’s loss to the Rams, Wilson was quietly rounding back into form. Over the prior three weeks, he had averaged 19.5 fantasy points per game and was the QB9 over that stretch. Not bad for a guy that many fantasy players have left for dead.

Now comes the most intriguing part: the matchup. In Week 16, Wilson will return to the friendly confines of Lumen Field to face the Bears. Chicago has been downright putrid in defending the passer. Surrendering 18.8 fantasy points to QBs in 2021, the Bears rank as the 5th most porous unit in the league.

In Week 15, Kirk Cousins had by most accounts a lousy game against the Bears and still managed to come away with a pair of touchdowns. The Bears couldn’t stop a nosebleed with a box of Kleenex.

As evidence of this trend, consider that the Seahawks, a 5-9 team, are favored by nearly a touchdown in Week 16. Take advantage of a sneaky play in an ideal matchup, and let Russ cook your way to the championship round.

Davis Mills has performed remarkably well in his short stint as the Texans’ main man. In his two starts since being named the permanent starter, the long-necked rookie has averaged 270 passing yards and 1.5 touchdowns.

Those are impressive numbers for a kid finding his way amidst a team wallowing in failure. However, it appears that another lesson is looming for the young buck this weekend.

In Week 16, the Texans will play host to the surging Chargers. Vying for an AFC playoff spot, which happened to be in short supply, Los Angeles is sure to be motivated to continue their late-season push.

The Chargers defense has been a top-half unit against quarterbacks, giving up a respectable 17.2 fantasy points per game. This is an even more impressive mark when considering that their division, the AFC West, currently accounts for two of the top five passers in terms of total yards. They’ve held their own against a brutal slate of opponents and should be up to the challenge of facing a lowly Houston squad.

The over/under on this matchup is set for 45.5, with LA favored by 9.5. Oddsmakers don’t anticipate Houston cracking the 20 point threshold in this contest, and I tend to agree. Davis Mills is an excellent investment but not a player that you should feel comfortable rolling within such a critical spot.

Much was expected of Tua Tagovailoa in his sophomore season with Miami. And, thus far, Year 2 has been one of the inconsistencies.

After an early-season rib injury forced nearly a month of missed time, Tua returned with a vengeance, averaging more than 25 fantasy points per game against the lowly Jags and Falcons.

However, Tua’s performance has been far less impressive in recent weeks. Over the last four weeks, his average output has slumped to just 15.6 points per matchup. As the QB19 over this span, he’s disappointed fantasy managers at a time when they’ve needed him most.

There’s no more prime example of this phenomenon than the 15.7 point egg laid in a choice matchup against the Jets in Week 15. Against a team with absolutely nothing to play for, Tua managed less than 200 yards passing and coughed up a pair of interceptions. Troubling, to say the least.

Now, if you haven’t entirely turned on Tua yet, I ask that you consider his Week 16 matchup. In the semifinal of the fantasy playoffs, the Dolphins will visit the Saints. New Orleans’ defense is hot, a famously difficult place to play, coming off a shutout of perhaps the best quarterback ever to lace them up.

Lastly, consider the line for the game. The Saints are favored by a field goal with a minuscule over/under of 38.5. The experts don’t expect much scoring from either squad, which is never appealing for fantasy.

Save yourself the trouble, and find someone else to carry you ‘Tua’ championship.

I thoroughly enjoyed bringing you this piece and would love to continue the conversation on quarterback start/sits. Please feel free to comment below or contact me @Spydes78 on Twitter. And also, stay tuned to @DynastyNerds for a steady pipeline of content from our eminently qualified staff to carry you through your season. If you like what you read, please consider becoming a subscriber to any of the elite tools that Dynasty Nerds has to offer. Make sure to use the promo code “SPYDES” to receive a 15% discount. Thanks for reading, and enjoy the grind!