Made it to your championship final, and looking to secure the bag? Look no further than Changing the Call: Champions Edition! @Spydes78 has you covered with all of the quarterback Start/Sit info you need to be the last one standing in your league. 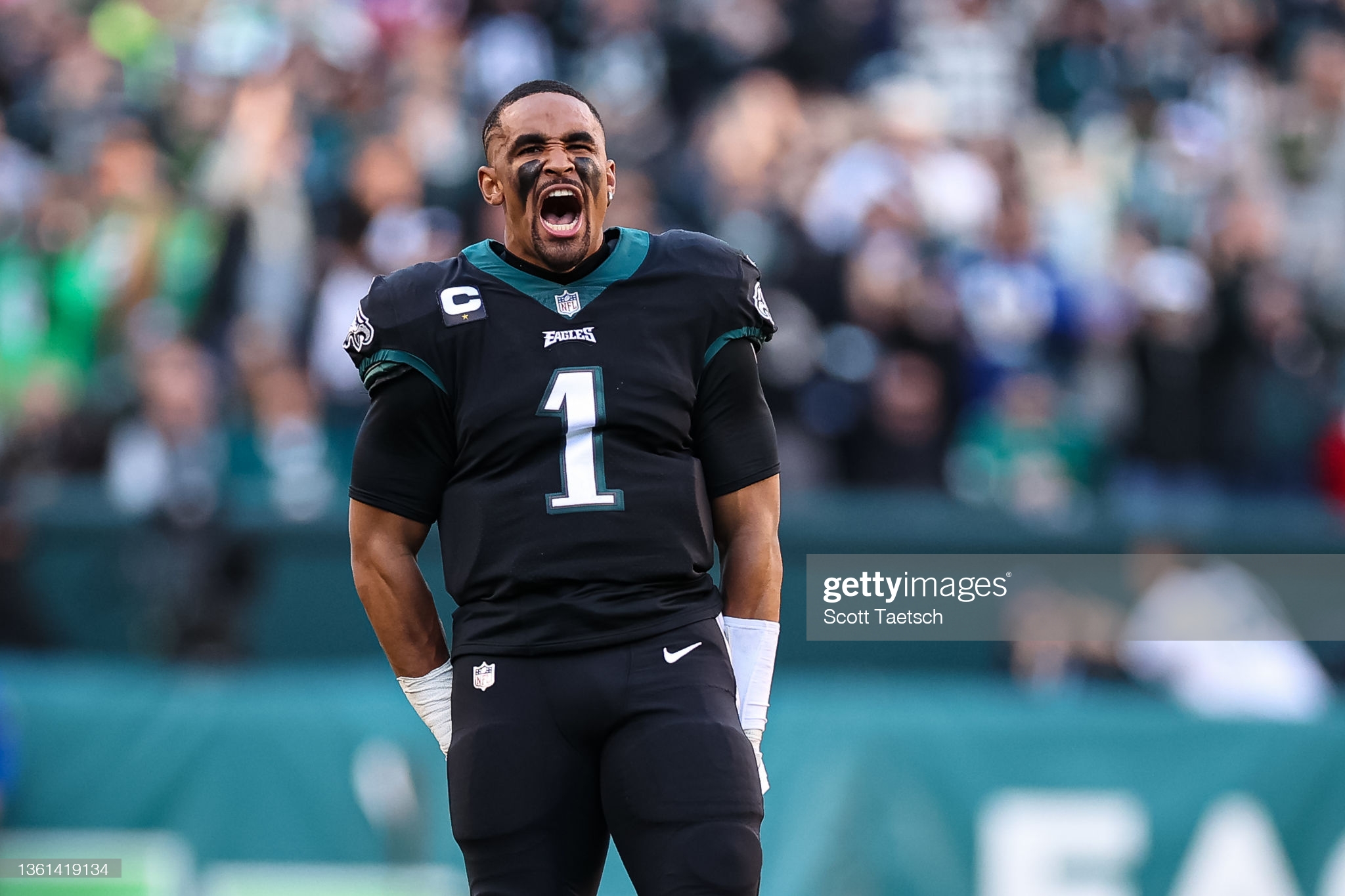 Hey Nerds! The Dynasty Nerds writers provide you with weekly starts and sits. We will be making our recommendations based on weekly consensus PPR rankings from FantasyPros. Here is our squad and the position groups they will be covering to help you each week. Follow us, friend us, tweet us.

As you undoubtedly realize, the NFL continued a seemingly arbitrary trajectory in Week 16’s semifinal round, making player performances difficult to divine. After an uncharacteristic shutout at the hands of the Saints, I anticipated a highly motivated Tom Brady to tear through the Carolina defense. And though the Bucs did indeed rebound to bury the Panthers by 26, Brady somehow accounted for only 14.4 fantasy points. This placed the future Hall of Famer as the week’s QB18. Quite the head-scratcher for yours truly.

However, Russell Wilson managed a top-half finish by posting 181 yards and two touchdowns against the Bears. Though Wilson and the Seahawks ultimately fell prey to the magic of Nick Foles, his performance was sufficient to salvage my ‘start’ recommendation.

It was the same hit-and-miss story with the players that I advised to avoid. Davis Mills was a glaring gaffe. Despite a trend of quality starts, I didn’t feel the rookie signal-caller was worthy of a critical fantasy playoff start. With 254 yards and a pair of touchdowns against a respectable Charger defense, Mills proved my apprehensions to be unfounded. Congratulations to you if you had the courage and vision to start the unheralded Texan.

Redemption on the ‘sit’ side came in the form of Tua Tagovailoa.  Though the Dolphins dusted off the Saints in primetime, Tua was not impressive. On Monday night, his lackluster stat line ended with 198 passing yards, one touchdown, and one interception. This performance qualified Tua as the QB22, vindicating the suggestion to avoid him in Week 16.

After an explosive breakout in 2020, with 37 touchdowns and more than 4,500 yards, some wondered whether Josh Allen could sustain such a high level of production in 2021. And, when the Bills’ season took a midseason downward turn, the detractors started to emerge for an ill-advised victory lap.

However, with dominant performances against the Bucs, Panthers, and Patriots, Allen is shining brightly again. Over the last month, the Bills QB has averaged an eye-popping 25.2 fantasy points per game, bested only by Tyler Huntley’s meteoric relief stint. Last week’s 31 point outburst in Foxborough was perhaps his most impressive, as the Patriots defense has reliably held opposing passers in check all season long.

In Week 17, Buffalo will play host to a visiting Falcons squad that has struggled to claim a victory against a quality opponent. Atlanta is particularly poor at defending the pass, allowing 19.4 fantasy points per game to QBs. As the 3rd most porous unit in the league, there’s no reason to suspect that the Falcons can slow Allen’s late-season surge.

Looking at the line on the game, the over/under of 44.5 is initially unimpressive. The massive 14.5 point advantage given to Buffalo makes this matchup so attractive. Handicappers expect the Bills to score nearly 30 in this game, and based on the trends, and this may even be low.

Based on the talent and the matchup, Allen absolutely needs to be in your lineup as you vie for that coveted fantasy championship.

It hasn’t always been pretty for Jalen Hurts as an uncontested Eagles starter in his first year. At times he’s struggled with a lack of polish as a passer, leaving some to wonder about his longevity. However, one cannot deny that his rushing abilities have provided the floor to make him a consistent fantasy producer.

Hurts has averaged a robust 22.0 fantasy points per game for the year to date. As the QB6 over the last four weeks, his recent performance has been consistent and impressive. And with Philadelphia squarely in the mix for a playoff berth, he has every motivation to continue to deliver.

In Week 17, the Eagles will visit division foe, Washington. The Football Team was thoroughly embarrassed by the rival Cowboys in their last public appearance. With their third consecutive divisional loss, Washington landed more hits on the sideline than they did on the field, en route to a 56-14 thrashing.

If you’ve followed this column throughout the season, you’ll know that the Washington defense is a magnet for top quarterback performances. Surrendering an average of 23.0 fantasy points per contest, Washington is the absolute worst in the league at limiting QBs.

With a respectable over/under of 46.5 and the visiting Eagles favored by four, scoring is in the forecast for Philadelphia. Take advantage of an ideal matchup by getting Jalen Hurts in your Week 17 lineup.

Matt Ryan’s appearance in this week’s column makes him the second quarterback from the pending Buffalo versus Atlanta matchup. However, Ryan is here for a very different reason.

His four-week trend of 12.6 fantasy points per game places’ Matty Ice’ as the QB29 over this interim. Things have gotten so abject for the veteran that even the lowly Lions managed to hold him to just 13.1 fantasy points last week.

As if things could look bleaker, Ryan’s opponent in Week 17 desperately needs to continue their winning ways to factor into the AFC playoff picture. Oh, and the Bills happen to be outstanding at defending the passer. The Buffalo defense is the best in the league giving up a miserly 11.6 fantasy points per game to quarterbacks.

As mentioned previously, the oddsmakers are leaning hard towards Buffalo in this contest. With the Bills favored by more than two touchdowns, Atlanta is predicted to account for just 15 points in this contest. That’s not exactly the type of matchup you want in a championship final.

Though he has enjoyed a long career as a reliable fantasy producer, look beyond the name. Matt Ryan is likely entering the twilight of his career as a dependable starter, and Atlanta is simply lacking in weapons. Don’t count on the longtime Falcon in this must-win game.

The Jaguars’ 2021 season has been an exercise in futility.

Their head coach famously flamed out, earning a dishonorable discharge after just 13 games as a pro. Their first-round rookie running back sustained a preseason foot injury and never played a down. Most notably, their fresh-faced signal-caller, Trevor Lawrence, has thus far failed to deliver, despite tremendous promise.

In Weeks 13 through 16, Lawrence is the QB38, collecting a sobering 8.8 fantasy points per game. Lawrence has exactly one total touchdown pass over his last eight games but has accounted for seven turnovers during that stretch.

Rookie struggles are certainly not uncommon, particularly when the surrounding cast is not up to snuff. But, these types of numbers are scary for those who’ve invested sufficient draft capital.

Lawrence has on more than one occasion eclipsed the 20 fantasy point mark in 2021, so there’s at least some reason for optimism. However, his Week 17 opponent is not one of those reasons. This week, the rudderless Jaguars will make the long trip to New England to face a talented Patriots team desperate to right the ship.

The Pats defense has been tough on quarterbacks all season long. Giving up just 12.9 fantasy points per game, the league’s second-toughest passing defense is salivating at the opportunity to face the struggling Jags.

It’s hard to imagine a worse matchup than this one. Brighter days may lie ahead for Lawrence, but dark clouds loom large this weekend.

I thoroughly enjoyed bringing you this piece and would love to continue the conversation on quarterback start/sits. Please feel free to comment below or contact me @Spydes78 on Twitter. And also, stay tuned to @DynastyNerds for a steady pipeline of content from our eminently qualified staff to carry you through your season. If you like what you read, please consider becoming a subscriber to any of the elite tools that Dynasty Nerds has to offer. Make sure to use the promo code “SPYDES” to receive a 15% discount. Thanks for reading, and enjoy the grind!