Back for Week 6, @Spydes78 gives you the insights you need for QB start/sit decisions in the latest installment of his Changing the Call series. Check it out! 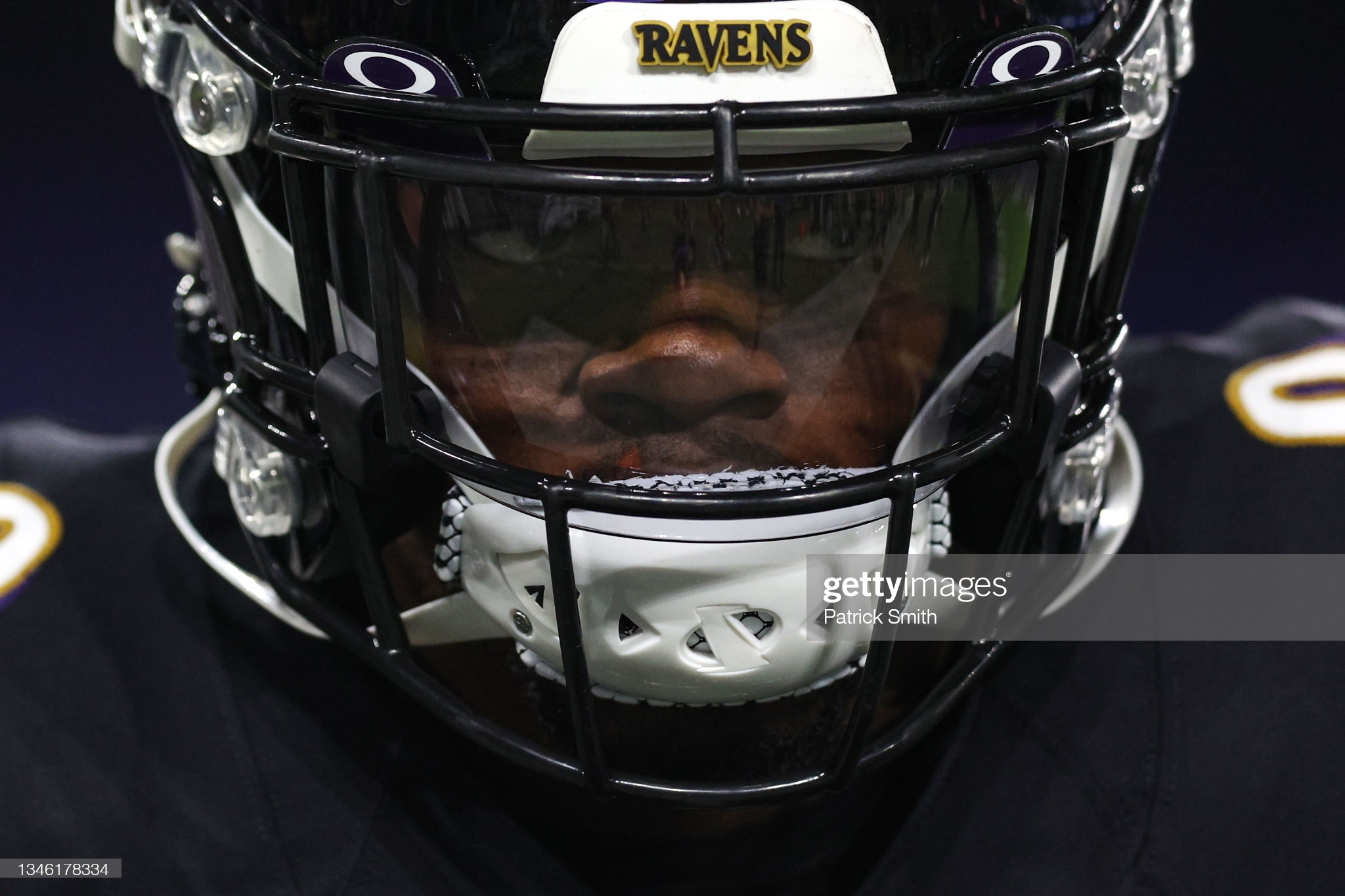 The halftime weather wasn’t the only thunder to reign down on Arrowhead on Sunday night.  Josh Allen and the Bills came to make a statement, and make a statement they did.  Allen posted 315 passing yards and three touchdowns in a masterful victory.  His 36.5 fantasy points qualified him as the fourth-best quarterback of Week 5.

Dak Prescott also managed to validate my recommendation by pulling down 302 passing yards and a trio of touchdowns against the visiting Giants.  Two costly turnovers limited Prescott’s output, but he still managed 21.7 fantasy points as the week’s QB11.

I have to admit that Ben Roethlisberger outplayed my meager expectations of him while squaring off with a tough Broncos defense.  However, exceeding a low bar still did not qualify him as a top passer in Week 5.  Big Ben placed as Week 5’s QB19 with 16.0 fantasy points.  Not terrible, but there were better options available.

Now, on to Baker Mayfield.  I clearly don’t understand this guy at all.  Just two weeks ago, I advocated starting him, and he mustered less than ten fantasy points against a vulnerable Vikings squad.  In Week 5, I suggested that you keep him on the bench, and he ended up going toe to toe in a slugfest with Justin Herbert.  When the dust cleared, Mayfield walked away with 305 yards passing and two touchdowns.  His day accounted for 23.0 fantasy points, the eighth-best tally for the week, leaving yours truly with egg on his face once again.

Perhaps you’d be surprised to hear that Taylor Heinicke is twelfth in total fantasy points among QBs from Weeks 2-5 (when he was the dedicated starter).  The list of quarterbacks that he has outperformed during that window includes Dak Prescott, Joe Burrow, and Russell Wilson.  Pretty decent company for a guy who was expected to spend the season holding a clipboard.

In Week 6, Heinicke will face a Chiefs defense that is statistically the weakest in the league against opposing quarterbacks.  Surrendering an average of 28.1 fantasy points per game, Kansas City is coming off an embarrassing Sunday night performance, in which Buffalo invaded Arrowhead and tossed the ball all over the yard.  Look for the Chiefs to sense the urgency and rebound with considerable offensive firepower against a Washington defense that has also delivered disappointing returns thus far in 2021.

With Mahomes and company likely lighting up the scoreboard, Heinicke will need to be sharp to keep pace.  The gaudy 55.5 over/under on this game would indicate that the oddsmakers anticipate precisely this type of loosely defensed game script.

Take advantage of a sneaky play and get Heinicke in your lineup for Week 5.

Visiting a Chargers defense that is currently the seventh most imposing to opposing QBs, giving up a lowly 15.8 fantasy points per game, this is not an ideal matchup play.  And yes, Jackson and the Ravens face a short week and a cross-country trip in anticipation of Week 6.

I don’t care about any of it.

With the heat that Jackson is radiating right now, starting him is a must.  On the season, only Mahomes and Brady have amassed more fantasy points. Jackson’s 341 rushing yards give him a rock-solid floor (and always have).  However, his passing production has been on par with his rushing ability this season.  He has collected 1,519 yards through the air, good for fifth-best in the league.

He’s also earned style points for his heroics, slaying the favored Chiefs in Week 2 and then staging a bananas comeback this past Monday against the Colts.  In an unlikely overtime victory against visiting Indianapolis, Jackson posted an incredible 442 yards passing, 62 yards rushing, and four touchdowns.  Only one quarterback in the league had better numbers last week: Justin Herbert.

The same Justin Herbert who lies in wait for what is sure to be a dynamic matchup between the Ravens and Chargers in Week 6.  I expect a fair amount of scoring in this matchup of highly acclaimed quarterbacks.

Get Jackson in your lineup, and enjoy a possible playoff preview in the clash of red hot 4-1 teams.

In Week 6, Derek Carr and the Raiders will travel to Denver to face the Broncos.  There are a ton of red flags in this matchup.

Right off the top, the Raiders find themselves with a management void after a massive scandal left Jon Gruden on the outside of the organization.  The specifics of that situation aside, certainly a mid-week change of that magnitude poses an obstacle for the team left behind.

Next factor-in that Carr will be squaring off against a defensive Broncos squad, molded to an identity of Vic Fangio’s choosing.  Through five weeks, Denver is giving up the second-fewest fantasy points to opposing quarterbacks, relinquishing just 13.3 points per game.  Also, consider that the Broncos are a divisional opponent who knows the Raiders tendencies quite well.

Lastly, Denver has always been an imposing place to visit due to its altitude and loyal fanbase.  Put it all in the stew pot, and it does not seem like a recipe for success to me.

In Las Vegas, the sportsbooks are not giving the Raiders any hometown favoritism. Instead, the Raiders find themselves a road underdog with a low over/under of 44.5 points.

Bank on the visitors to be dazed and overmatched in this one, and park Carr in your fantasy garage for the week.

Justin Fields was one of the dominant storylines of the 2021 NFL Draft.  After a dynamic college career, dynasty enthusiasts were frothing to see where Fields would land.  When Chicago moved up to select Fields at eleventh overall, the match seemed ideal.  Fields put some dazzling plays on tape in the preseason, further feeding the clamor for “QB1” Andy Dalton to be shelved as soon as possible.  By Week 2, Dalton sustained a knee injury, creating an opportunity for Fields to log his first start against the Browns.

Fields’ body of work as a starter has now stretched to three games, and he has been named the permanent starter going forward.  It sounds like an ascending talent, right? Let’s take a closer look.

Though a limited sample size, the output has not been there for Fields thus far.  He is averaging 129 passing yards and 0.3 touchdowns per game.  His median QBR as a starter is 72.0.  Over the last three weeks, Fields has been the 34th most prolific fantasy quarterback with a TOTAL of 21.0 fantasy points.  He trails New Orleans’ Taysom Hill, who has THREE passing attempts over that segment of the season.

On Sunday, Fields will square off against the rival Packers for the first time in his career.  Green Bay has not had a particularly stout defense in 2021. They have surrendered an average of 19.3 fantasy points per game to quarterbacks.  However, the Packers’ secondary is not without star power.  Players like Kevin King, Adrian Amos, and Darnell Savage are entirely capable of making life difficult on a struggling rookie signal-caller.

Though a breakout performance against the rival Packers could go a long way to establishing trust with the Bears’ faithful, I will err on the side of the trends here.  Until Justin has demonstrated mastery as a pro, the intelligent bettor must continue to side with the field.

I thoroughly enjoyed bringing you this piece and would love to continue the conversation on quarterback start/sits.  Please feel free to comment below or contact me @Spydes78 on Twitter.  And also, stay tuned to @DynastyNerds for a steady pipeline of content from our eminently qualified staff to carry you through your season.  If you like what you read, please consider becoming a subscriber to any of the elite tools that Dynasty Nerds has to offer.  Make sure to use the promo code “SPYDES” to receive a 15% discount.  Thanks for reading, and enjoy the grind!