@EricBurkholder6 breaks down Ja’Marr Chase’s dynasty outlook. How do the presence of Tee Higgins, Tyler Boyd, and Joe Burrow play into his value? 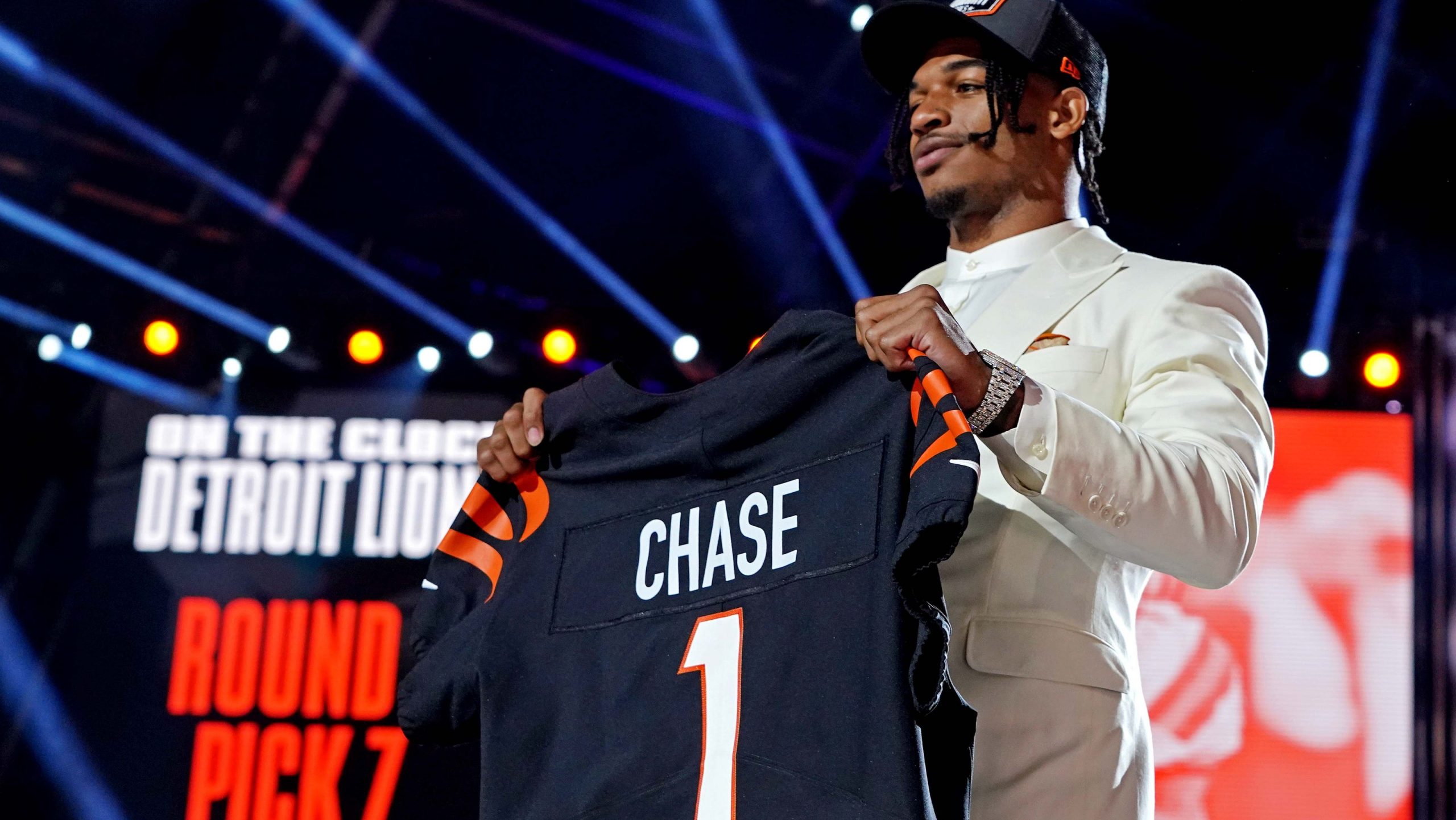 With rookie fever in full effect, there was a great debate on who the WR1 is in the 2021 class. Devonta Smith won the Heisman at the wide receiver position for the first time in 29 years. Rashod Bateman has the size and route-running skills to dominate, and Ja’Marr Chase sat out 2021, leaving us with memories of his dominance that seems like ages ago. However, post NFL draft, these debates are mostly moot as landing spots will dictate opportunity.

No player received a better landing spot than Ja’Marr Chase out of LSU. Selected number five overall by the Cincinnati Bengals, and reconnecting with former teammate Joe Burrow is nearly ideal. History has shown that QBs and WRs growing together can be very successful. Combinations like Cutler/Marshall, Culpepper/Moss, and Dalton/AJ Green on these same Bengals are just a few examples.

In ten games as a rookie, Joe Burrow was on pace for 686 attempts, 4596 yards, and 22 touchdowns. That’s an average of 40.4 passing attempts per game. Week 2 Joe threw for an NFL record 61 attempts. The willingness of Zach Taylor to throw early and often is obvious. With weapons like Tee Higgins, Tyler Boyd, and now Chase, it’s safe to expect this trend to continue. The volume and opportunity are there, but where does Chase fit into this offense?

AJ Green departed in free agency, and that leaves 104 targets up for grabs. Tyler Boyd is predominantly a slot WR whose snap percentage dropped from 89% to 69% last season. Boyd’s presence should help the offense as a whole but not threaten Chase. That leaves Tee Higgins as his direct competition for target share.

Tee Higgins enjoyed a solid rookie campaign earning 108 targets, 67 receptions, 908 yards, and 6 TDs. This was good for WR 29 in PPR leagues. In Burrow’s ten starts, Higgins averaged more than 7 targets, 4 receptions, and 62 yards a game. He was the bright spot of the offense and had time to develop a report with Burrow that should translate to 2021. However, Ja’Marr Chase has had many more reps and success with Joe and is a better prospect coming out. A staggering 84 receptions for 1780 yards and 20 TDs en route to an undefeated 2019 college season, playing alongside other NFL talent, is undeniable. Combine that with the draft capital, and Chase should be the clear number one option.

Since 2018 there have been four teams to produce two top 10 WRs on the same team. Another three teams supported two top 15 wideouts, and four more times, a team supported two top 24 wide receivers. Minnesota (twice), Seattle, and Pittsburgh produced two top 10 WRs in that span. These are some of the most run-heavy offenses in those particular seasons. Given Cincinnati’s willingness to throw, creating volume to go along with Burrow’s ability, it’s conceivable that both Higgins and Chase can be WR ones. Pittsburgh also produced three top 24 options just last season, giving hope to Boyd managers as well.

There have been several wide receivers to climb dynasty rankings in the past few years. DK Metcalf and AJ Brown from 2019, along with CeeDee Lamb and Justin Jefferson from 2020, will be the focus here. Each of these players came into a situation where they would play right away but alongside an established veteran.

None of these four have received more than 129 targets, and yet three have put up a top 12 season. CeeDee is the lone player left out finishing WR 22 last season, though a healthy Dak Prescott should help his cause. DK and AJB both took a momentous step forward in their second season while Jefferson lit the world on fire, setting numerous records along the way as a rookie.

With at least 104 targets available to Chase and without a veteran entrenched as the first read, Ja’Marr has every opportunity to produce top 10 numbers out of the gate. Using 2020 stats as a projection and assuming an attainable 25% target share, Chase would have 112 receptions, 1,149 yards, and 5 touchdowns. This would be good for 256.9 PPR points and would have been WR10 last season.

It is best to “overpay” for these types of prospects early before they are simply unavailable for trade. Connected to a young stud quarterback, opportunity galore, and no established target hog Ja’Marr is locked and loaded for years to come. Go, Chase the Ace!!

Why We Rebuild: How Rebuilding Can Change a Fantasy Outlook
Cheap and Deep: 5 Low-Cost Dynasty Buys