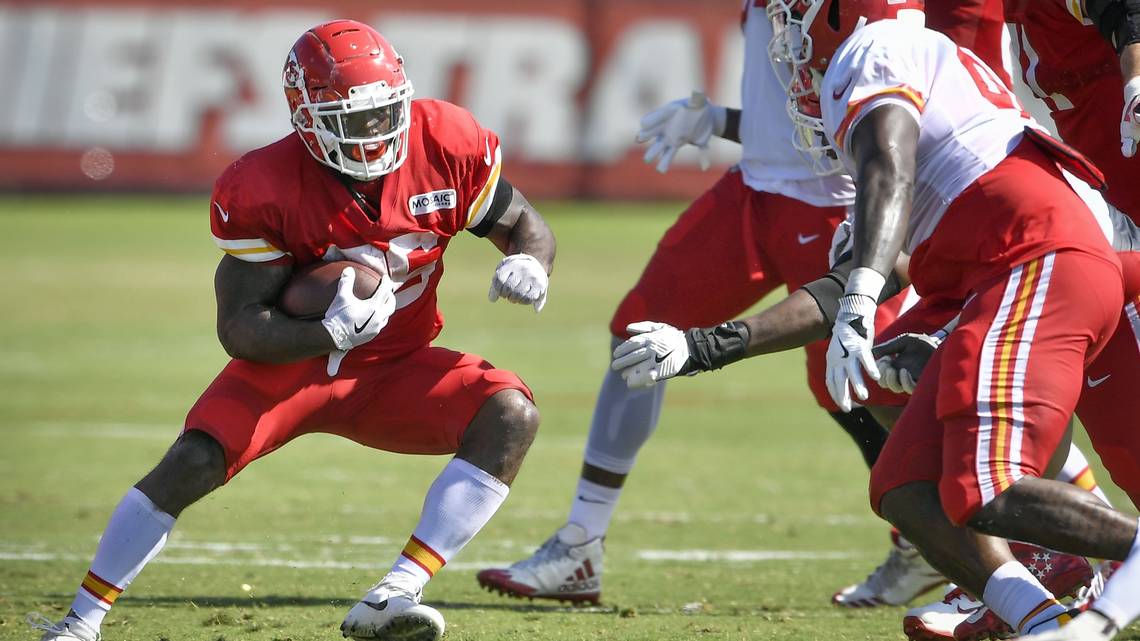 There is hardly a more undecided value for RBs right now than that of Chief’s Damien Williams. He exploded at the end of last year filling in for the suspended Kareem Hunt. He was a heavy recipient of Andy Reid’s tendency to use a bell-cow back and performed well doing so. Having him on your roster could have very well vaulted you to a championship last season.

Now looking to 2019, what’re we to make of this backfield situation? Reid went on the record saying that Damien Williams “is our full-time starter for the year.” Having the Chief’s starting RB on your fantasy squad is an obvious perk, but there is more to this story.

Let’s break down some tendencies and examine this backfield going forward. This will include age, production, Andy Reid RBs, TD% rate, and few extra things along the way.

Using the most productive starting RB in Andy Reid offenses since 2005, let’s see if we can find some common trends. Now there is a lot of information in this chart, but we want to focus on the very top correlation coefficients. The higher the correlation, the greater that stat factors into relevant fantasy success. Over 13 variables were evaluated ranging from age, college production, career production, yearly efficiency, and so on. Of these, five stats have a correlation higher than 0.40 which was my cutoff for meaningful correlation shown in the image below:

In short, what Reid favors most in his RBs are those who catch a lot, are efficient with each touch, have draft pedigree round 3 or better, and are young.

What stands out here? Quite a lot actually! For metrics that Andy Reid likes most, Williams and Carlos Hyde were near clones as far efficiency goes (YPA, Rec/g, YAC/g). But Williams threw history to the side once in KC, shattering all his previous efficiency marks. Could the same happen to Hyde if he sees playing time? Simply being an RB in this Chief’s high-scoring offense is enough to put you on the fantasy radar.

Careers also tell an interesting story, Williams has less than 300 total career touches and has been fantasy insignificant until inheriting the job. Hyde, on the other hand, was fantasy RB8 in 2017 (just two years removed) and RB17 in 2016 before ineffectively bouncing around teams in 2018. Williams has less tread on his tires but Hyde has proven to handle a workload. It’s fair to wonder if Williams can handle a full workload season… which he has never come close to doing before… now at 27 years old. The same durability question goes for Hyde who is now 28.

Continuing with age, only three RBs have started under Reid being the age of 28 or older, and these were fantasy legends Jamaal Charles and Brian Westbrook. Both of them had established careers before these high age seasons. Williams and Hyde are 27 and 28 respectively this year. One or both will see plenty of work this year, and even if they start all year and do anything less than spectacular, the odds of either of them returning to a full-time starting job in 2020 is VERY low, less than 19% chance based on all of Reid’s RBs solely based on age.

Draft capital seems like it shouldn’t mean much this long into a player’s career, but it tells us two things. Firstly, no RB drafted round 4 or later has ever started full-time for Reid in back to back years. This means it is likely that it is this season and done or back to a backup role for either Williams or Hyde which is obviously important for dynasty reasons. Secondly, those with round 4 or later draft capital had some of the fewest fantasy PPG out of all Reid RBs in Charcandrick West and Spencer Ware. This is not great company to be in.

The contract situation should also be noted. After Williams got his two-year extension at $2.5mil a year, the Chiefs made it a point to sign Hyde as the apparent backup on a one year deal for $2.8mil. Does that contract and amount convince you of Williams’ full-time status? They were very aware of their lack of depth after Hunt left, and went off to pay Hyde slightly more than Williams albeit for a single year.

Putting all this shared time talk aside and let’s say Williams keeps the job all year long as Reid has stated. Williams did average a healthy 22 PPG over the last four games which is outstanding. The thing is, he did so while scoring TDs at an unsustainable 8.6% of his touches. For comparison, the league average from year to year ranges between 3.7% to 4.2% for a given RB’s TD rate. Yes, the chiefs will score a lot so he will likely remain above the average, but there is almost zero chance that scoring rate continues for him over the course of a full year. The next closest on the season was Alvin Kamara at 6.5% and after him, it falls into the 5% range and below. Even with regression, his PPG will be very serviceable but don’t expect his gaudy TD rate to continue.

Having Damien Williams on your squad this year is great news any way you slice it. Here are some options to consider depending on the rest of your team’s status.

If you are a contender for the championship this year:

If you are in a rebuilding phase or are eliminated from the playoff hunt mid-season:

Got questions or concerns? Let me know @DavidZach16.

Down and Dynasty: AFC East
Uncle Will: The Forgotten Rookie