Chris Herndon IV: Is he a Sneaky Stash for 2021

With Adam Gase gone, is Chris Herndon IV a potential breakout candidate under Robert Saleh and Mike LaFleur? See why @FFEvanlution thinks so. 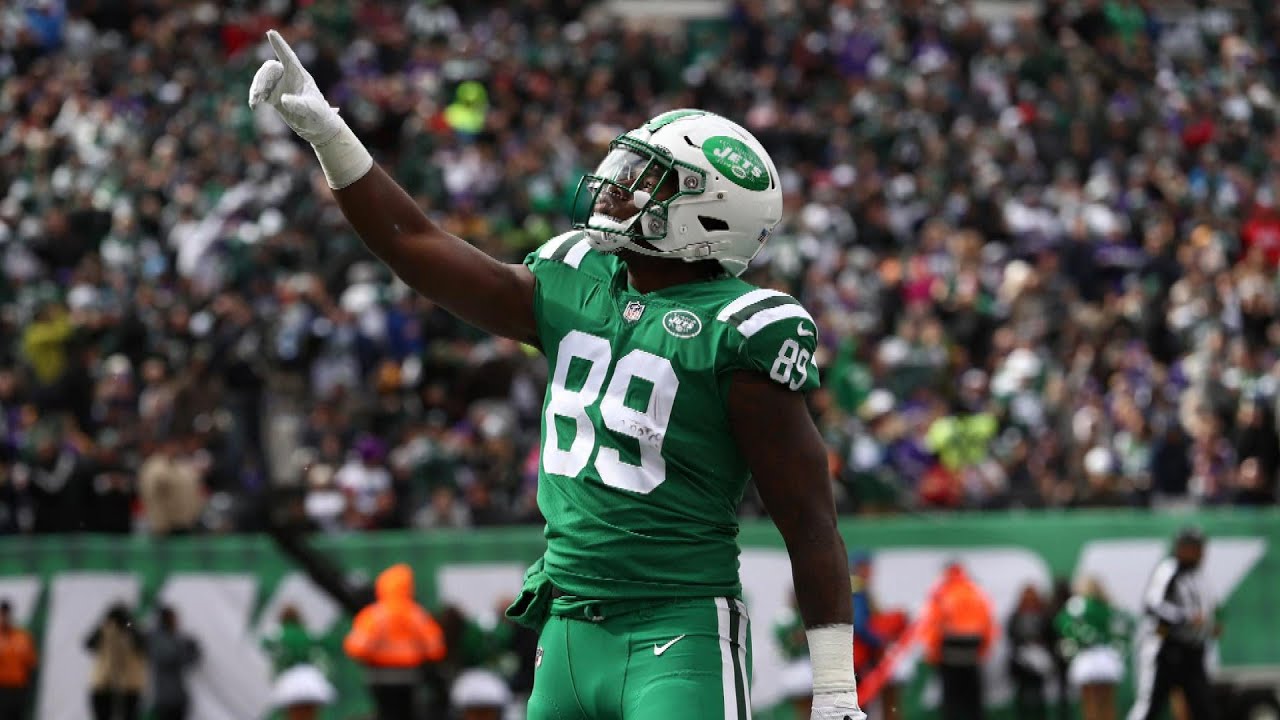 Unfortunately, saying his name has been the only thing fun about him the past two seasons. In 2020, Herndon struggled in PPR leagues, finishing the season as the tight end 42.

So what on earth is there worth talking about for dynasty?! Well, I am glad you asked!

Historic Herndon: the back story

Herndon was a 4th round pick by the New York Jets in 2018 out of Miami. He wasn’t the most highly touted rookie prospect, but he still put together a fantastic first season. He finished the year with 502 receiving yards and a tasty 12.9 yards/reception. According to Pro-Football-Reference, Herndon is one of only 26 tight ends in the NFL’s history that have finished with over 500 yards receiving in their rookie year!

The sophomore leap that was expected in 2019 never came due to a four-week suspension and a lengthy hamstring injury. Herndon only managed one game that season, a colossal disappointment to a lot of us.
(courtesy of the Draft Network)

This last year, he managed to play in all 16 games of the fantasy season! (😃)

Unfortunately, the impact he had on those games was minimal. (😩)

It wasn’t a hamstring injury this time. It was something far worse… it was Adam Gase! Lest we forget, the 2-14 Jets’ team leader has a reputation for destroying any fantasy (or real NFL) value of any player not named Frank Gore or Jamison Crowder.

Current Chris: where are we now?

Adam Gase got sacked! For me, this fact is enough to boost any Jets player’s value. You only have to look at the track record of players freed from Gase’s grasp to see a glimmer of hope for this young tight end.

Not only is Gase gone, but the Jets have hired Robert Saleh as the head coach. Saleh was successful in San Francisco as the defensive coordinator and will bring a refreshing locker room presence by all accounts.

Also intriguing is the hiring of new offensive coordinator Mike LaFleur. LaFleur came with Saleh from San Francisco, where he had held the role of passing game coordinator for the last three seasons.

Under Mike’s tenure, a certain George Kittle led the 49ers in 2019 with 85 catches for over 1,000 yards. He became the first tight end in franchise history to have multiple 1,000-yard seasons.

I know what you are thinking…it’s George Freaking Kittle!

In 2020, with Kittle only playing eight games, San Francisco still funneled 24.1% of its targets to the tight end position. This was the 10th highest in the league!

We are talking about doing this with guys like semi-retired Jordan Reed and backup tight end Ross Dwelley. The Shanahan system loves the tight end, not just George Kittle!

Am I saying C-IV is Kittle? No.

Am I saying that the Shanahan system is famously fantasy-friendly? Yes!

Do I think that LaFleur and Saleh will look to implement a Shanahan-type offense in NY? Probably!

Is it worth taking a shot on? DEFINITELY!

Here is the best part. Herndon is virtually free at this point! Due to the disappointment of the last two seasons, this one-time dynasty darling has taken a nose-dive in value. In a recent tight-end premium startup I took part in, I took Herndon as my third tight end… in the 35th round!

According to the DynastyGM tool, you could swap a 3rd round rookie pick for Herndon. I think it could be even cheaper than that. I wouldn’t be surprised if he is sitting on waivers in some shallower leagues.

To get Herndon thrown into a deal would not be a big ask at the moment. I am not seeing any real hype around him or his role in the offense.

Could he be a complete dud? Absolutely!

Will it cost you much to find out? NOPE!

Could he potentially provide a massive ROI in this new system? Definitely!

These are some of my favorite types of moves to make in the offseason. Find players who have potential and for whatever reason, they have a significantly suppressed value.

Many dynasty players are all about the shiny new toy and will easily part ways with a player that failed to live up to their imagined hype. With Herndon, it is all upside now.

If you lack depth at tight end or play in a tight end premium league and have a spare 3rd round pick, you could do a lot worse than taking a shot on Chris Herndon IV.

Thanks for reading! Hopefully, it has provided you with some good food for thought! If you want to chat about this article or talk fantasy football, hit me up on Twitter @FFEvanlution.